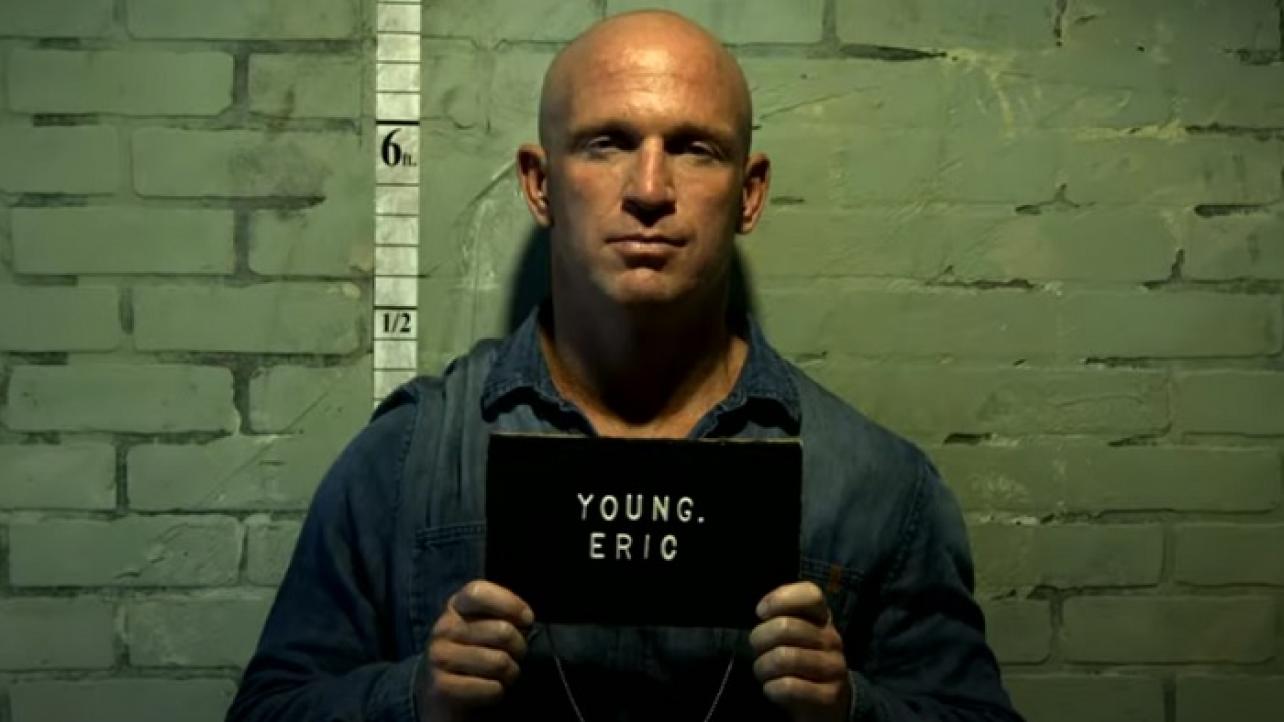 Eric Young To Get Job With WWE After His In-Ring Career Ends?, Talks AEW/IMPACT Relationship

Eric Young recently spoke about some pro wrestling topics during his appearance with K&S WrestleFest.

While at the recent signing, the IMPACT Wrestling star spoke about the status of his ACL injury, his plans for his post-wrestling career, feeling confident that he could land a job with WWE as a coach and more.

On his injury status and hoping to take an advantage of the AEW/IMPACT relationship: “It’s really cool to be part of that [IMPACT/AEW crossover], it’s a part of history. I haven’t been involved with it directly, but I imagine when I’m healed up, end of September, October, I’m going to be very involved. The door’s opened and I’m ready to walk right through it.”

On eventually transitioning to a coaching role, stating that he feels confident he could call up Triple H or John Laurinaitis to get a job in WWE: “I don’t think so. I think it is something that I’d be good at. I’ve trained guys. I’ve trained Cody [Deaner], Crazzy Steve, I trained Shawn Spears, Jake O’Reilly who worked for All Japan and is a big time guy on the independents in Ontario, [Canada]. Yeah, it’s something that I do like to do. But I feel like when I’m done in-ring, I’m probably gonna disappear and you probably won’t see or hear from me for quite a while. Me and my wife are planning to sell all our stuff and move out of our house, buy an RV. It’ll probably be a fifth wheel and a truck. Just traveling and she works remotely so she will keep her job and that will fund our adventures and that’s what I’m gonna be doing. I know that John Laurinaitis said anytime I want, I can produce for them [WWE]. I think if I asked Hunter, I can work at NXT if I want. Obviously with Scott [D’Amore] and them, I could work there. It’s something I think that I would be a valuable asset because of my experience, all the different things I’ve done. I’ve seen the card from every angle. I’ve been the opening match, I’ve been the popcorn match, I’ve been the main event, I’ve been in hardcore matches and tags. I was wrestling women before it was popular. Yeah, I’ve done lots of things and I love that about my career that I’ve seen it from a lot of different angles and I think it gives me a very wide sense of what’s really going on, it gives me an appreciation for the whole show because I’ve seen it, I’ve been a part of it from every angle. A lot of people can’t say that and that’s a cool thing where I’m singular that way.”

On how excited he is for fans to return at the promotion’s Slammiversary pay per view: “I don’t think there’s going to be like a huge number of fans because the studio is not a huge studio, but the fact that they put as many as they could and they were sold out in minutes, literally minutes so that’s — people are thirsty for it. You know, it’s gonna be a boom for all things entertainment, music, movies, wrestling. We really didn’t go anywhere. The TV product stayed, we never missed a beat there but as far as touring and live shows and wrestling in front of people has been few and far between for the last 15 months and I can assure you, I said this earlier, you guys are excited to be in the crowd and watch it live. No one is more excited than the guys who have been wrestling in front of nobody for 15 months. It sucks. It sucks, no other way to put it.”

Eric Young To Get Job With WWE After His In-Ring Career Ends?, Talks AEW/IMPACT Relationship