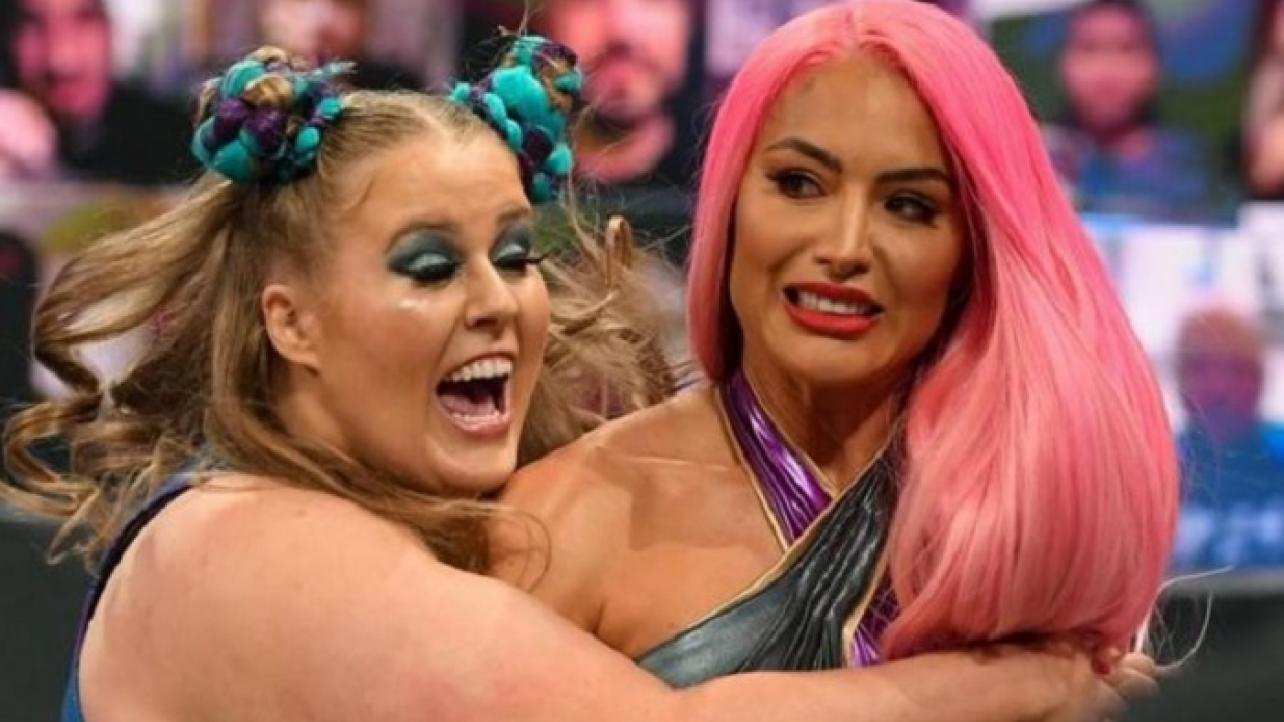 Eva Marie Reveals WWE’s Goal In Pairing Her With Doudrop

Eva Marie recently appeared as a guest on the Oral Sessions with Renee Paquette podcast for an in-depth interview covering all things pro wrestling.

During her appearance on the popular program, the WWE Superstar spoke about working with Doudrop since returning to the company, the slap she delivered on Raw and how the pairing was pitched behind-the-scenes.

On working with Doudrop and the slap on Raw: “Doudrop is a savage, she’s phenomenal. Don’t get it twisted, I handpicked her from NXT UK because she is ‘that bomb.’ Even though we have an altercation a little here and there, sometimes you have to show some tough love [referring to the in-character slap on Raw]. She’s incredible and I love working with her. Not only an incredible athlete, but some people…I’m really fortunate because when we first met, we exchanged messages prior to meeting in person and we just hit it off. We knew we were going to be working together, we just didn’t know what it was going to look like quite yet. Once we started to communicate and exchange messages, we just meshed extremely well.”

On how it was pitched: “It was basically pretty simple. You know how WWE is, you think storylines are going to go a certain way or certain pitches and it completely transforms and goes a whole other direction. The gist of it all was that I would have a protege and we would take over the locker room and the division, which we’re slowly but surely doing.”

Check out the complete interview at Audacy.com. H/T to Fightful for transcribing the above quotes.

Eva Marie Reveals WWE’s Goal In Pairing Her With Doudrop