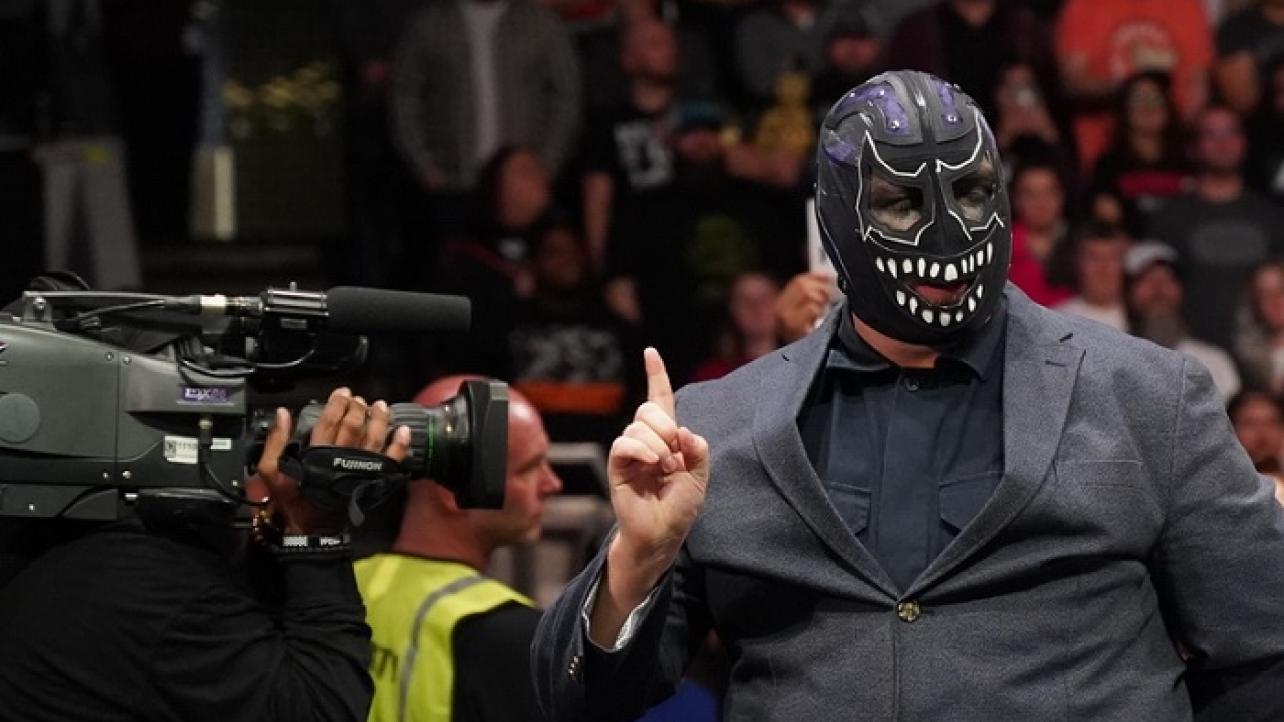 The Exalted One Of The Dark Order Teased To Be Revealed Soon: “He Is Near …”

Following the AEW Revolution pay-per-view on Saturday night, a tease was posted hyping the upcoming unveiling of The Dark Order’s “Exalted One.”

After picking up a victory over SoCal Uncensored duo Frankie Kazarian and Scorpio Sky on the “Buy-In” pre-show for Saturday night’s AEW Revolution PPV, The Dark Order ended up on the wrong end of a post-match brawl.

The post-match scene saw Evil Uno and Stu Grayson joined by other members of The Dark Order in a beat down of Kazarian and Sky, adding insult to injury by delivering further punishment after scoring the victory in the bout.

This led to Chicago’s own Colt Cabana making a surprise appearance to help the SCU duo, as well as a run-in by Christopher Daniels.

Daniels finally revealed which side he is on, as he helped even up the numbers game by providing the assist to Kazarian, Sky and Cabana, fighting off The Dark Order and standing tall in the ring as a united front.

Once the show went off the air, Evil Uno took to his official Twitter page to post a tease for the long-awaited unveiling of “The Exalted One” from The Dark Order. Check out the tweet below.

Uht Oh! Another tease posted … looks like #ExaltedOne of #AEW‘s #DarkOrder faction is FINALLY going to be unveiled on #AEWDynamite …

The Exalted One Of The Dark Order Teased To Be Revealed Soon: “He Is Near …”