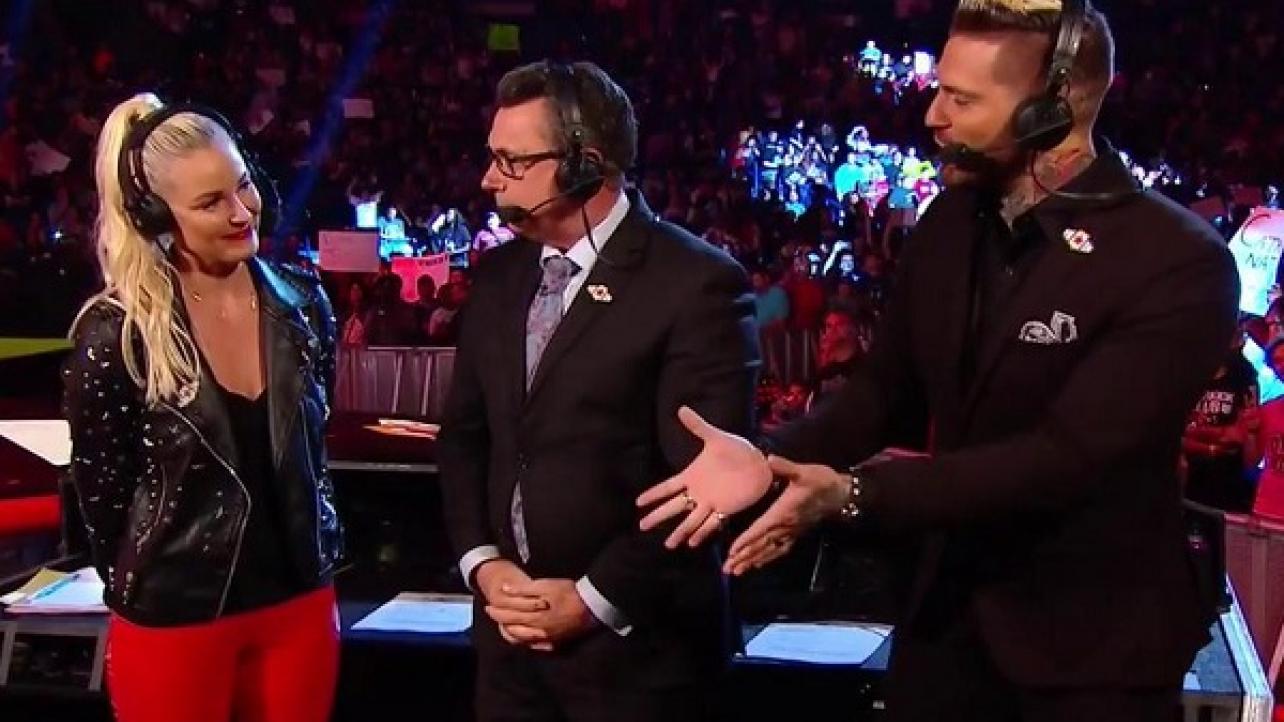 As we reported exclusively earlier today via our pal Rajah Kumar and his website, our affiliate partner Rajah.com, WWE is apparently replacing Jerry “The King” Lawler as the host of the WWE Hall Of Fame ceremony with the co-host duo of Corey Graves and Renee Young for this year’s show during WrestleMania 35 weekend.

Rajah is back with another exclusive rumor, which he first released via his official Twitter page (well-worth following, check it out @RajahNews), that also relates to Renee Young.

A source informed Rajah.com that there have been discussions with WWE officials to take Renee Young off of the RAW announce team. Rajah is working to find out more on her future as RAW commentator, so take this as an unconfirmed rumor for the time being.

Make sure to continue checking back here at eWrestling.com, as well as our pals at Rajah.com for the latest exclusive WWE news and rumors making the rounds in the pro wrestling world. As noted, another great source for exclusive first-hand WWE news and rumors is our respective Twitter pages, where we break news first. Follow Rajah Kumar @RajahNews, as well as myself @MattBoone1984.