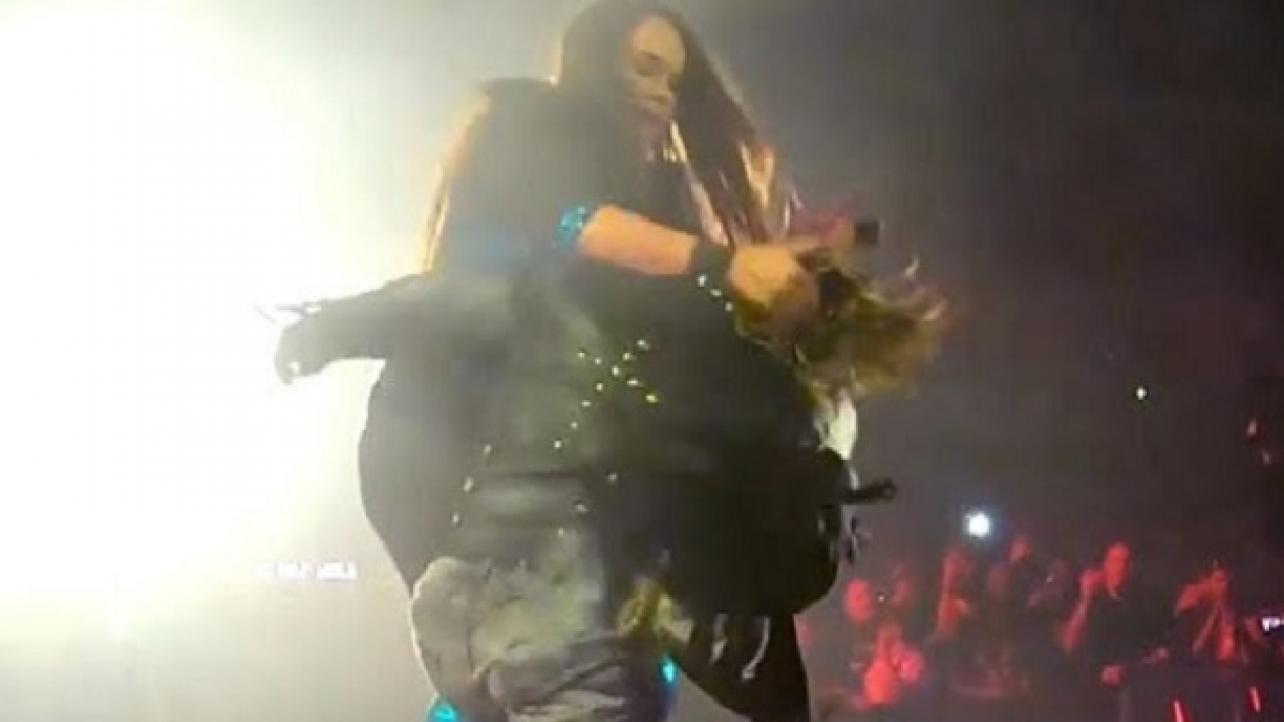 NOTE:
The following news and notes were compiled through sources from our friends at our affiliate website, Rajah.com, who had backstage contacts inside Chase Field in Phoenix, Arizona during Sunday night’s WWE Royal Rumble 2019 pay-per-view.

ORIGINAL: After being attacked and replaced by Nia Jax as the 30th entrant in the men’s Royal Rumble, R-Truth had to be held back by agents – Brian “Road Dogg” James being specifically named as one – in the backstage area. Truth was reportedly “hot” at Nia Jax claiming that she hurt his “ankle and face” during the spot where he was taken out. Sources add that James had to “hold (Truth) back” from going to “hunt” Jax.

UPDATE: Some readers have pointed out that WWE.com has posted a video of R-Truth looking for Nia Jax seeking an apology for stealing his spot, but there is no footage of people holding him back or any sort of real aggression described above. At this point, I’m unsure if Truth’s reaction away from the cameras was legit, a work or some combination of the two. I’m just passing along what observers saw backstage and relayed to me.

WWE Hall of Famer Jeff Jarrett, who made an appearance in the men’s Royal Rumble started today as a road agent/producer for WWE, according to rajah.com sources. In an interesting note, the #2 spot where Jarrett came out and engaged with Elias was originally planned for Phoenix-area resident Honky Tonk Man, who WWE reportedly reached out to. It’s unclear why that didn’t happen, but one guess is that Honky Tonk Man may have declined the offer on such short notice.

Speaking of short notice, sources also noted that Vince McMahon re-wrote much of the Royal Rumble at the “last minute.”

Follow us on Twitter (@eWrestlingCOM) for more EXCLUSIVE news and insight on the latest happenings in the pro wrestling world.