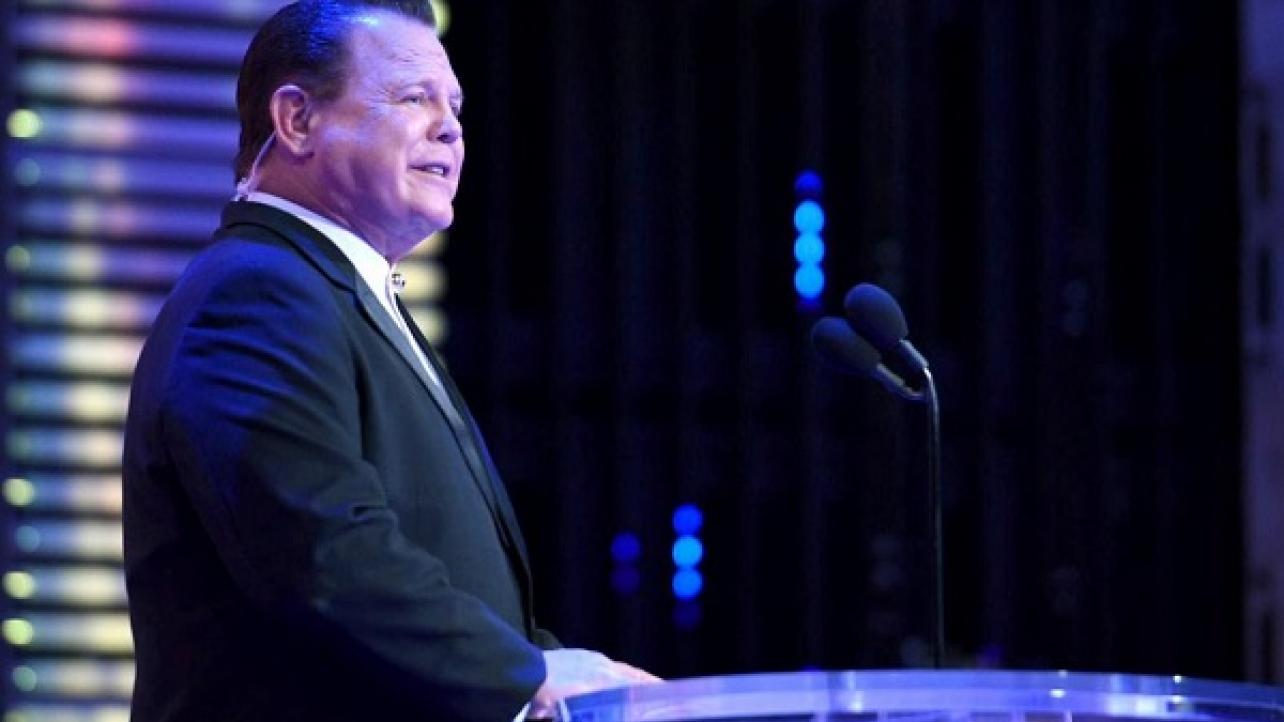 Exclusive: Who Is Replacing Jerry Lawler As WWE Hall Of Fame Ceremony Host?

On his most recent podcast, Jerry “The King” Lawler strongly hinted that WWE would be going in a “different direction” for this year’s Hall of Fame, specifically suggesting that he will not be returning as host of the show.

As our pal Rajah Kumar tweeted earlier today (follow him @RajahNews), when texting with a source at our affiliate website, Rajah.com, this indeed does appear to be true as Lawler has been told that his services will not be needed as host with WWE instead opting to move forward (for this year at least) with co-hosts.

The source added that the plan is for Corey Graves and Renee Young to fill those places at the 2019 Hall of Fame.

Exclusive: Who Is Replacing Jerry Lawler As WWE Hall Of Fame Ceremony Host?