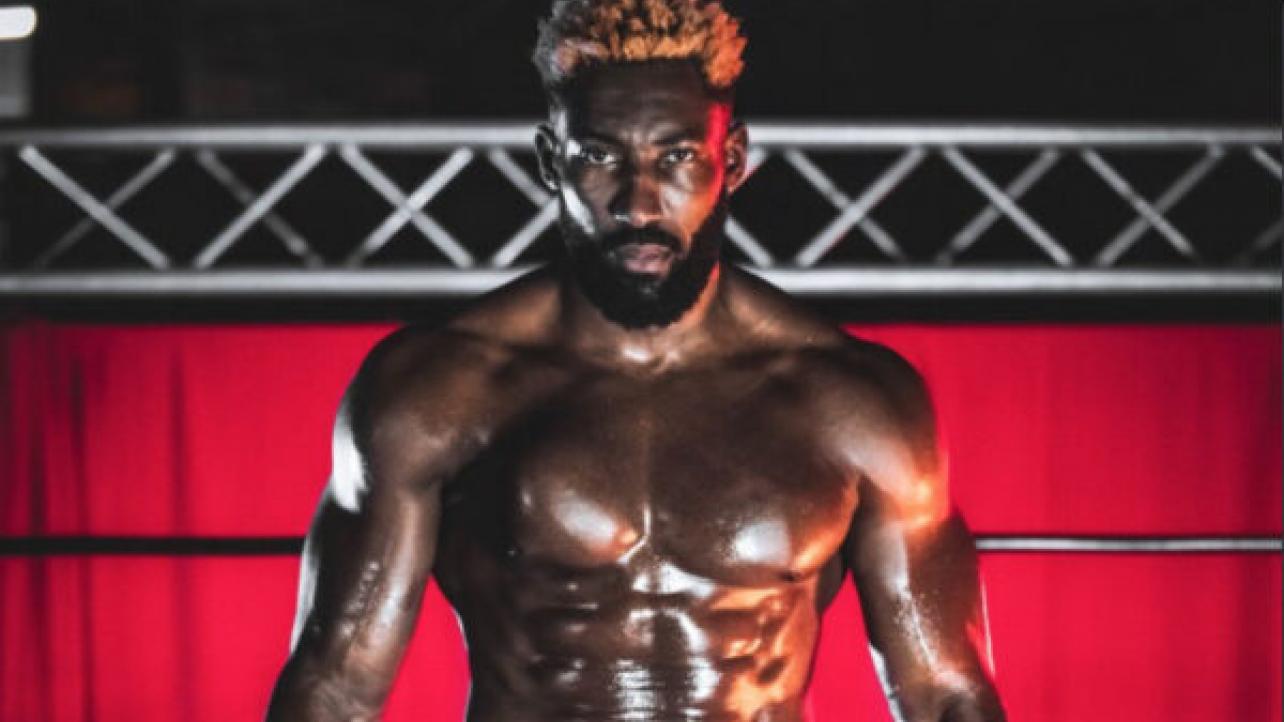 Ezra Judge On His WWE Release: “It Was A Total Blindside”

During his recent discussion with Fightful, Ezra Judge, aka EJ Nduka, spoke about his time filming a SmackDown commercial. Judge also gave a quick overview of his WWE experience, and more. Take a look at the highlights:

On filming a SmackDown commercial before his release:

“I didn’t do much security work (as an extra) because I was just too big. The writers and producers would joke around like, ‘we can’t have him here.’ There was a scene they wanted me to do in the club or something and [Steve] Corino joked around and said, ‘You don’t look like security in the club, you look like you own the club. We can’t have you here.’ I did get the opportunity to shoot a SmackDown commercial two weeks before I got released and I spent some time really getting to know and pick the mind of Triple H, Stephanie, and it was awesome.”

On how he found out he would be appearing in the commercial:

“Bloom (contacted me) and it was after my last match. We had PC live matches and I had a really good match. He was telling me how proud of me he was and how I was progressing and how the PC live (matches) have benefitted me and I was using it to my advantage. He came up to me right before the show ended and was like, ‘I want you to go to Tampa. They need some talent for a commercial and I trust you to do it.’”

Says he was blindsided by his release from the promotion:

“My time at WWE was awesome. When I got released, it was a total blindside. People thought I was joking or it was a joke. I was always told that I had to be protected or I had to be used in a role where….because a guy like me doesn’t come around often, from their mouth to my ears, they said they couldn’t afford to put a 6’7”, 270-pound guy out there and make a mistake because it falls back on them because they didn’t do a good job protecting him. I was told to keep being the hardest worker in the room, like our good friend Dwayne Johnson, and I was always told, ‘You guys share a lot and you have enough charisma to fill the room. Your work ethic is good, just keep your head down and keep doing it.’ That’s what I did. I kept my mouth shut, put my head down, came to work, put my best foot forward and worked. This is where it led me to.”

Ezra Judge On His WWE Release: “It Was A Total Blindside”