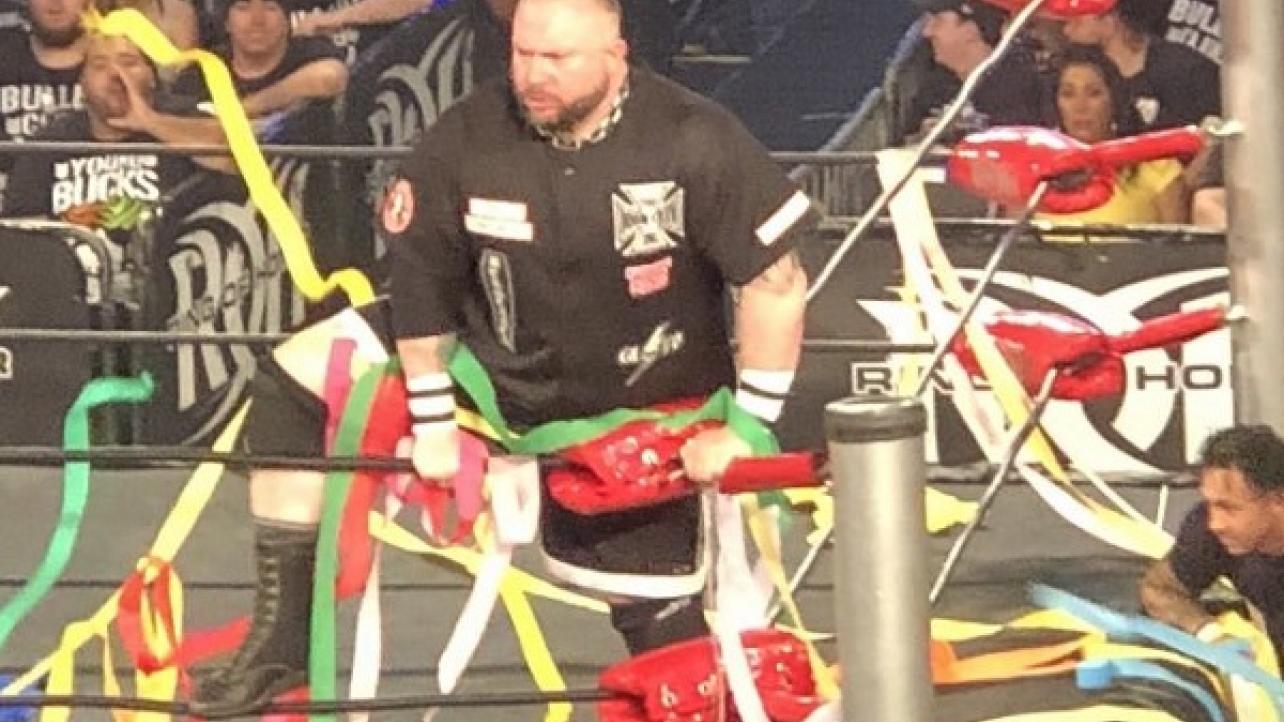 ROH fan Osh Kosh Big Josh (@xIAMHOLLYWOODx) took to social media on Monday to share a very interesting personal story about an incident that occurred between himself and the WWE Hall Of Famer.

According to Big Josh, he attended the ROH: State of the Art show in Portland, Oregon on Sunday night, June 2nd, and got involved in a heated verbal exchange with some of the Women Of Honor talent, including Bully Ray’s real-life girlfriend, Velvet Sky.

This allegedly led to Big Josh being escorted backstage by security. The fan claims he was taken to an isolated area / room behind-the-scenes and was told to wait there. Moments later, Bully Ray reportedly showed up.

Big Josh claims that Bully Ray then got in his face in an intimidating fashion. The fan wrote the following transcription of the rant that Bully Ray said to him.

“Hey, I heard there was incident tonight with you and some of the girls,” Bully Ray allegedly told Big Josh, who claims he replied, “Uh… yeah? I guess.”

“So here’s the deal,” Bully Ray continued. “You’re done talking down to them. You need to treat them with respect. Don’t be saying anything you wouldn’t say to your mom, you got it?!”

Big Josh claims his response was, “Sure… yes sir. Yeah, I understand,” to which Ray concluded, “End of convo. Go be a fan.”

Check out Osh Kosh Big Josh’s complete statement on the incident he allegedly had backstage with Bully Ray at Sunday night’s ROH: State of the Art event in Portland, Oregon by checking out his Twitter page @xIAMHOLLYWOODx.

Make sure to check back here at eWrestling.com for the latest updates on this story. For more coverage, follow us on Twitter @MattBoone1984 and @eWrestlingCOM.