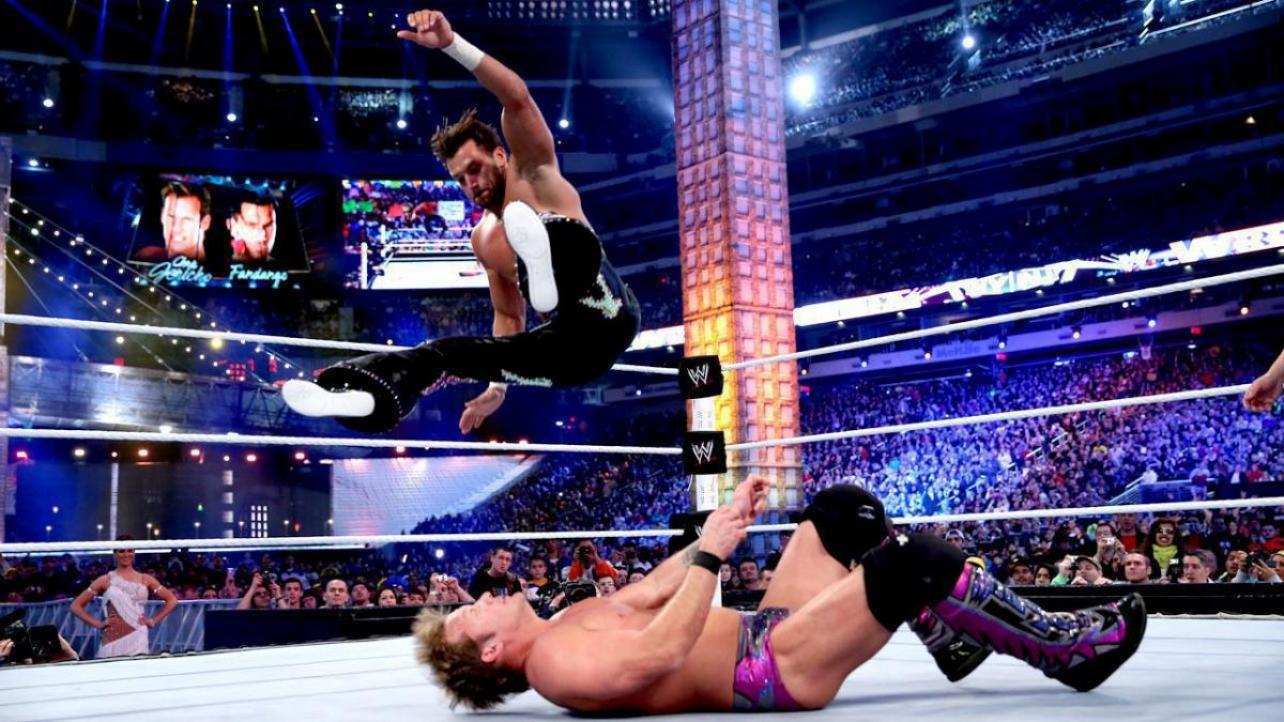 Fandango On Vince McMahon: “He Didn’t Want Me To Be A Wrestler”

During a recent interview with the Such Good Shoot podcast former WWE superstar and NXT tag champion Fandango spoke about his WrestleMania 29 feud against Chris Jericho, and how chairman Vince McMahon did not want to him to wrestle, but dance. Highlights from the interview are below.

On his first big program with Chris Jericho:

“Chris, he was a big reason why I wanted to be a wrestler. So working my first major program with him, you know, obviously, you’re nervous, you’re intimidated, and I didn’t want to be a fucking dancer, but I knew that you got to make the best of it. So if I was him, I probably won’t be too excited about it, too. Maybe he was told he was gonna work someone else which I could see him being pissed off.”

Says he doesn’t blame Chris Jericho if he was unhappy with the feud:

“I don’t blame him, it was a ridiculous character. So, you’ve got to look at it this way, guys. Vince probably thought it was stupid that [Jericho] went on Dancing with the Stars, right? Vince thought Bryan Danielson was crazy to be a vegan. So anything that Vince thinks is stupid. He’ll make a character out of it, right? He thought Chris going out Dancing with the Stars was stupid. So what is he gonna do? He’s gonna remake an evil dancing gimmick because he thinks it’s outrageous. It’s funny.”

Says Vince McMahon didn’t want them to have a wrestling match:

“I remember that Vince didn’t want us to have a wrestling match. He just wanted Chris to beat the shit out of me for like five minutes. They gave us too much time, so the way that it was supposed to be, I think, was like Chris just beats the shit out of me and I roll him up out of nowhere. So it was supposed to be like the biggest upset, but I think they gave us like 10 minutes. So it ended up being more. It was way too much time for what Vince wanted, I think.”

Says Vince McMahon didn’t want him to be a wrestler but only a dancer:

“Vince didn’t want me to wrestle, he didn’t want me to be a wrestler. That was the whole thing. Yeah, he just wanted me to be a dancer, so it was weird. It was a weird situation that I think we pulled off as good as we could, you know. On me, though, I just relied on, in retrospect, a lesson learned. For any young talent out there listening, don’t rely on what’s getting over now, and think about what I can do next.”

Fandango On Vince McMahon: “He Didn’t Want Me To Be A Wrestler”