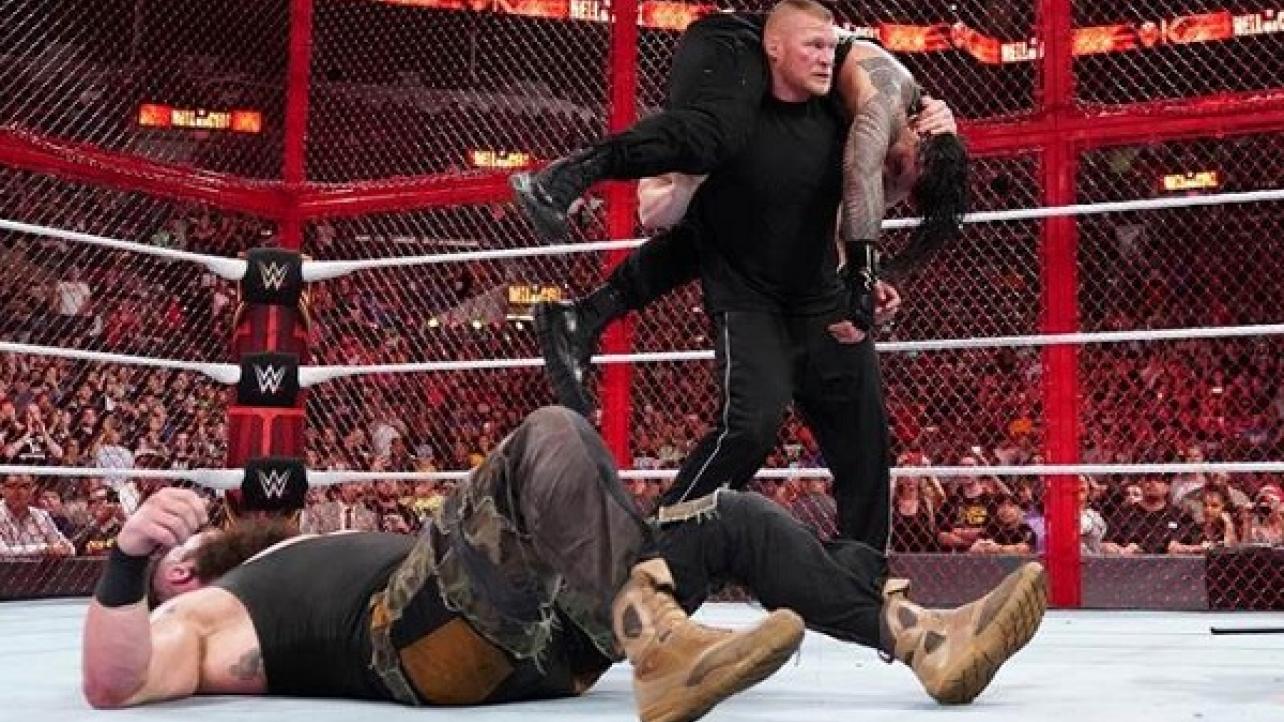 Fans Upset At Finish Of WWE Hell In A Cell Main Event, Update On Tonight’s RAW

With last night’s WWE Hell in a Cell Universal title main event going to a no contest after Brock Lesnar interfered, cameras quickly cut away from the action as soon as the PPV ended, as the expectation was that the live audience would not be happy at the finish. This is exactly what happened as a chorus of boos rained down after everyone in the arena realized that the show was going to end on that note. WWE used a similar strategy at the end of SummerSlam last month, stopping the cameras immediately before the negative reaction could be seen on TV.

Check out the video of fans reacting to the finish below.

Tonight’s WWE Raw will be up against significantly stronger competition than usual with both a Monday Night Football game between the Bears and Seahawks as well as the Emmy Awards going head-to-head with the show. Apart from the show coming off an eventful Hell in a Cell PPV, the company will combat the competition with an appearance from the Undertaker as well as uncertainty surrounding Brock Lesnar, who after showing up at the PPV last night, sappears to still be in WWE’s plans even though he is currently training for a return to fight in the UFC.

Make sure to join us here this evening for live play-by-play results coverage of WWE RAW!

* PHOTOS: Renee Young Shows Off New Tattoos On 2 Spots On Her Body

* PHOTO: Brandi Rhodes Shows Special Moment She Shared With Cody AFTER All In

Fans Upset At Finish Of WWE Hell In A Cell Main Event, Update On Tonight’s RAW