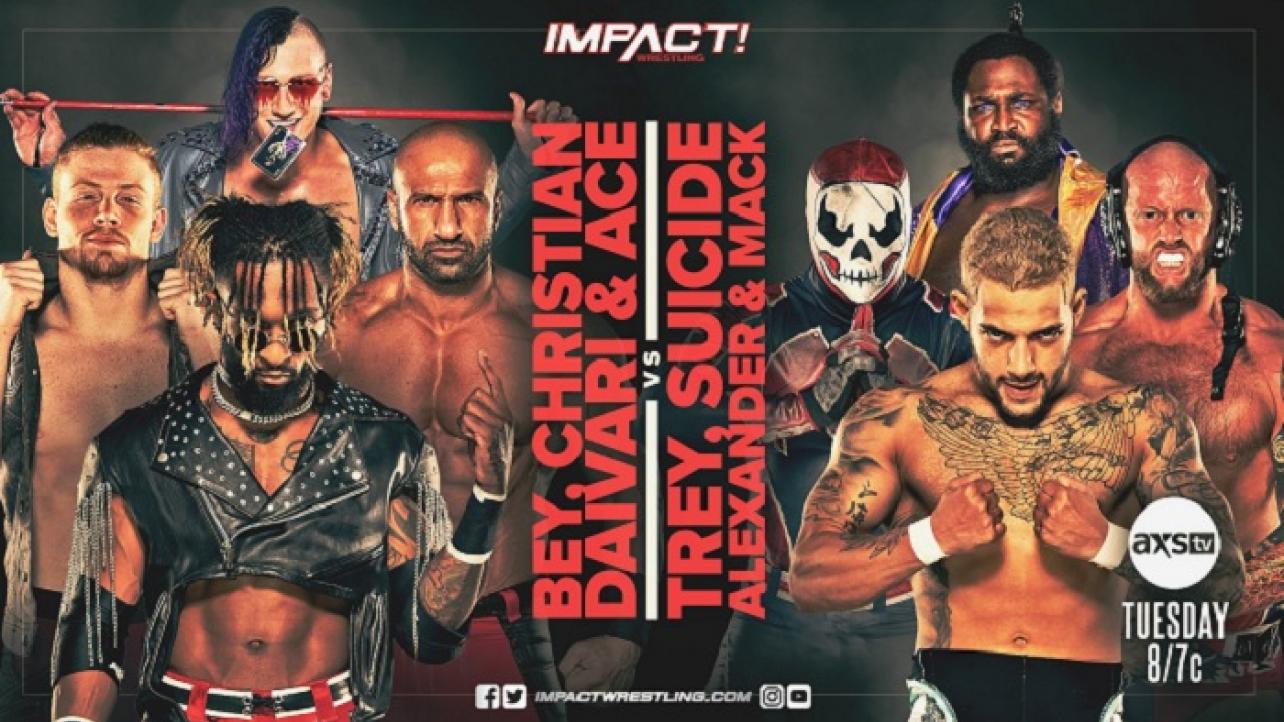 Featured Match Added To Next Week’s IMPACT On AXS TV

A big eight man tag-team match has been announced for next week’s episode of IMPACT Wrestling On AXS TV.

IMPACT Wrestling announced via their official website and various digital platforms that Ace Austin will be teaming up with Chris Bey, Daivari and Blake Christian to take on Trey Miguel, Willie Mack, Suicide and Josh Alexander in a featured eight-man tag-team bout on the show scheduled for next Tuesday, February 9, 2021.

Featured below is the official announcement regarding the next match for next week’s show.

Featured Match Added To Next Week’s IMPACT On AXS TV