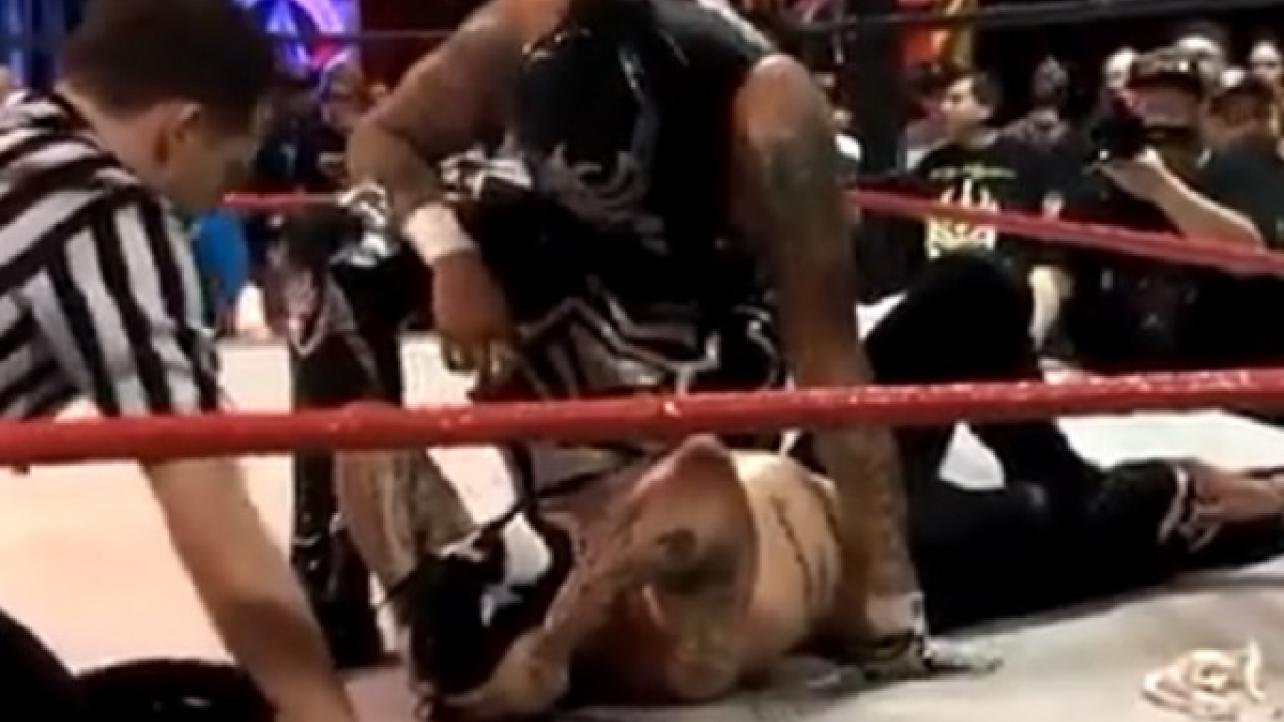 The finish of the match was abrupt, as Fenix suffered an apparent neck injury while attempting to execute a diving cutter. He ended up landing bad and had to be stretchered to the backstage area.

After the match, Fenix was taken to a local hospital as a precautionary measure. AAW’s Danny Daniels noted via Twitter that Fenix is “ok” but that he “just needs to take it easy for a bit.”

As far as how long a “bit” is, as Fenix is advertised to work several big matches in the coming weeks and months, Dave Meltzer of the Wrestling Observer Newsletter (F4WOnline.com) reported that Fenix “should be ok in a week or so” but noted “it was scary at first.”

The AAW promotion issued the following statement after Fenix was taken to a nearby hospital in the Austin, Texas area:

“In regards to @ReyFenixMx – he has been taken to a local hospital as a precaution due to an injury he suffered during his match this evening at #LUCHACITY. We will keep everyone appraised of any developments.”

Due to the injury, Fenix will reportedly miss his remaining advertised dates this weekend. He does, however, hope to be back for Impact Wrestling’s television tapings in Las Vegas, Nevada next weekend.

Check out videos of the spot that resulted in Fenix suffering a neck injury and him being helped to the back and ultimately, the hospital, from Friday’s AAW Lucha City Limits show below.

Here’s the video of Fénix getting carted out post injury. Credit to @TwinkLeahStarr pic.twitter.com/UtbUMpslUJ

Looked like Fenix took a bad spot after winning the belts, hope everything is ok and this is a work! pic.twitter.com/l5bX4Debtf