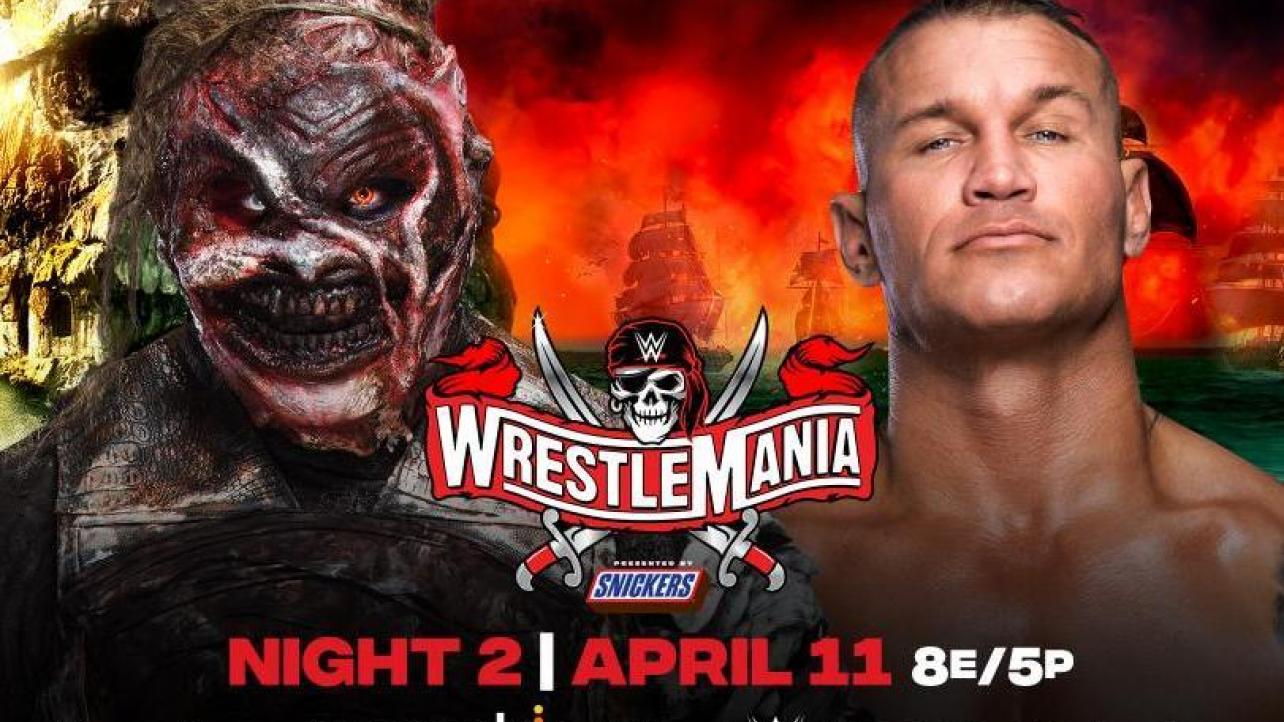 The opening matchup of WrestleMania 37 Night Two saw Randy Orton beat The Fiend in Singles action. We started the match with The Apex Predator first making his entrance. “The Fiend” Bray Wyatt would then be shown backstage with his charred look that was recently debuted. Bray then disappeared into flames around his body, and walked out of them with an updated version of his old look. The Viper would then watch from the ring as Alexa Bliss made her entrance before The Fiend. Bliss stopped at a large jack-in-the-box at ringside, and turned the handle until The Fiend popped out of the top. Bray Wyatt would then jump out off the box, taking Orton down in the ring with a flying clothesline.

The match would then go back and forth, but “The Fiend” Bray Wyatt would take most of Orton’s offense without selling them. The finish of the match would see Alexa Bliss appear on top of the jack-in-the-box with the black liquid oozing down from her head, all over her face. A distracted Fiend stared her down, while The Viper came from behind and hit The Fiend with the RKO for the win. Bray recovered and stared Bliss down before the lights went to black and they both disappeared. The lights then returned to an empty ring as fans booed the finish.

It seems that WWE is focusing on the fact that Alexa Bliss may have caused “The Fiend” Bray Wyatt the match at WrestleMania 37 Night Two as this was his first match since losing the Firefly Inferno Match to Randy Orton at the TLC PPV back on December 20th.

You can check out highlights of the match below: