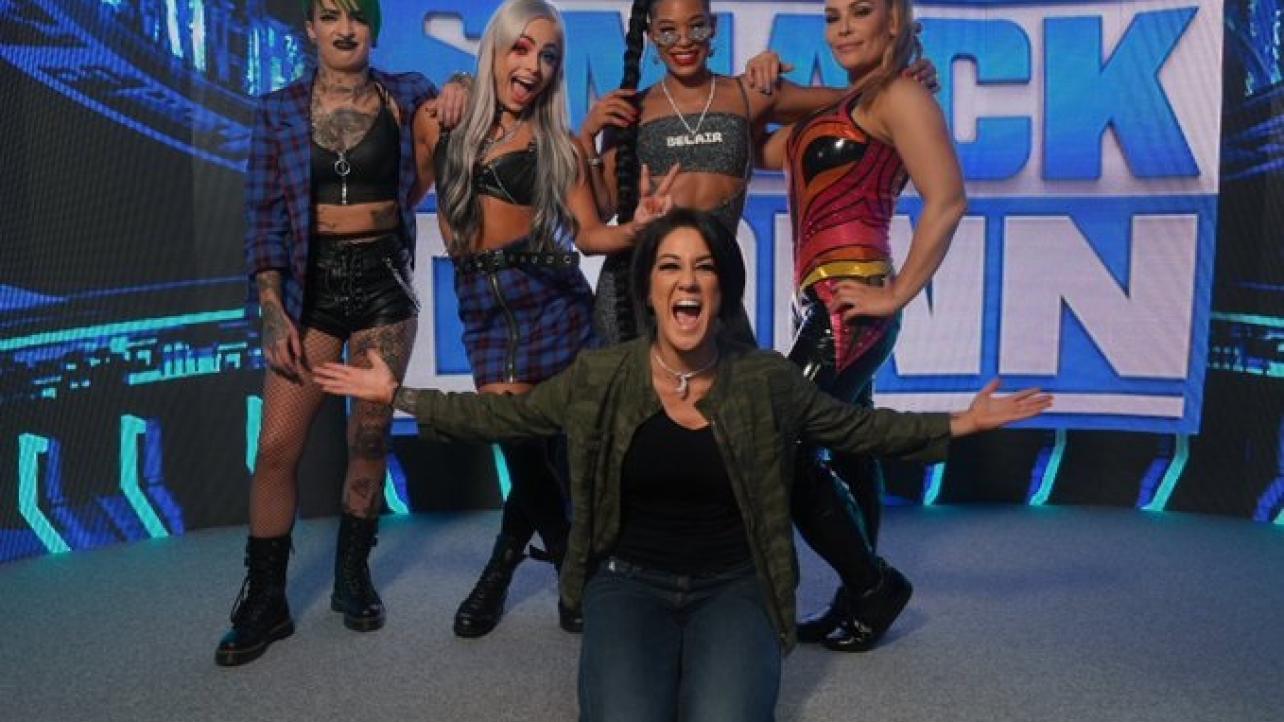 During their “Last Chance Qualifier” match on SmackDown, Natalya was able to successfully defeat Tamina Snuka, earing her spot on the SmackDown Women’s Team. Bayley was added by Adam Pearce backstage prior to the match. Bayley and Bianca Belair watched from ringside as they were both guests on commentary during the match alongside Michael Cole and Corey Graves.

The final five women include both Ruby Riott and Liv Morgan of The Riott Squad, Bianca Belair, Bayley, and Natalya. The SmackDown Women’s Team will go head-to-head with The RAW Women’s Team of RAW Women’s Tag-Team Champions Nia Jax and Shayna Baszler, Lacey Evans, Peyton Royce, and Lana for the Traditional 5-on-5 Elimination Match at Survivor Series 30 which airs live this Sunday, November 22, 2020 on the WWE Network!