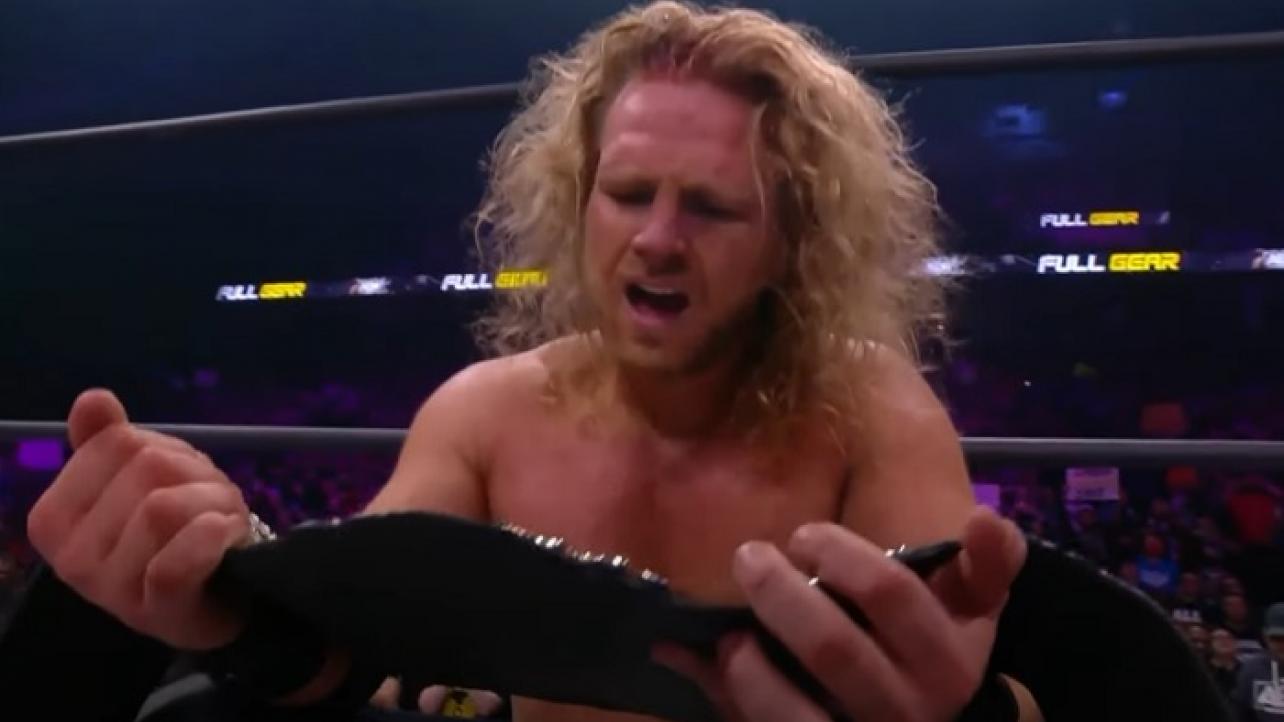 The finale of “The Good, The Bad, And The Elite” digital series has arrived.

Following his AEW World Championship victory over Kenny Omega at the AEW Full Gear 2021 pay-per-view this past Saturday night, the fifth and final installment of the aforementioned digital series chronicling his journey to the title.

The official description for the episode dubbed, “The Good, The Bad, And The Elite – Cowboy Sh*t” reads as follows:

Witness “Hangman” Adam Page’s quest for the AEW World Title in this unique cinematic experience. Ranging from January 2019 to November 2021, “The Good, The Bad, and the Elite” chronicles one of prowrestling’s most ambitious stories.

In episode five, the Hangman returns to face his demons and capture the ultimate prize…

Watch the complete 17-plus minute edition of “The Good, The Bad, And The Elite – Ep. 5 – Cowboy Sh*t” via the video embedded below.

Unable to refuse the call any longer, @theAdamPage confronts his demons and challenges @KennyOmegamanX for the @AEW World Championship. The finale of “THE GOOD, THE BAD, AND THE ELITE” is available now!https://t.co/DFEi480mDc

Hangman Page, the man people thought wasn’t bullet club material, didn’t have matches like the others, wasn’t “over” blah blah blah! He worked his ass off, believed in himself, and was unapologetically himself, and that’s inspiring as hell! That’s cowboy shit! That’s my Champion!