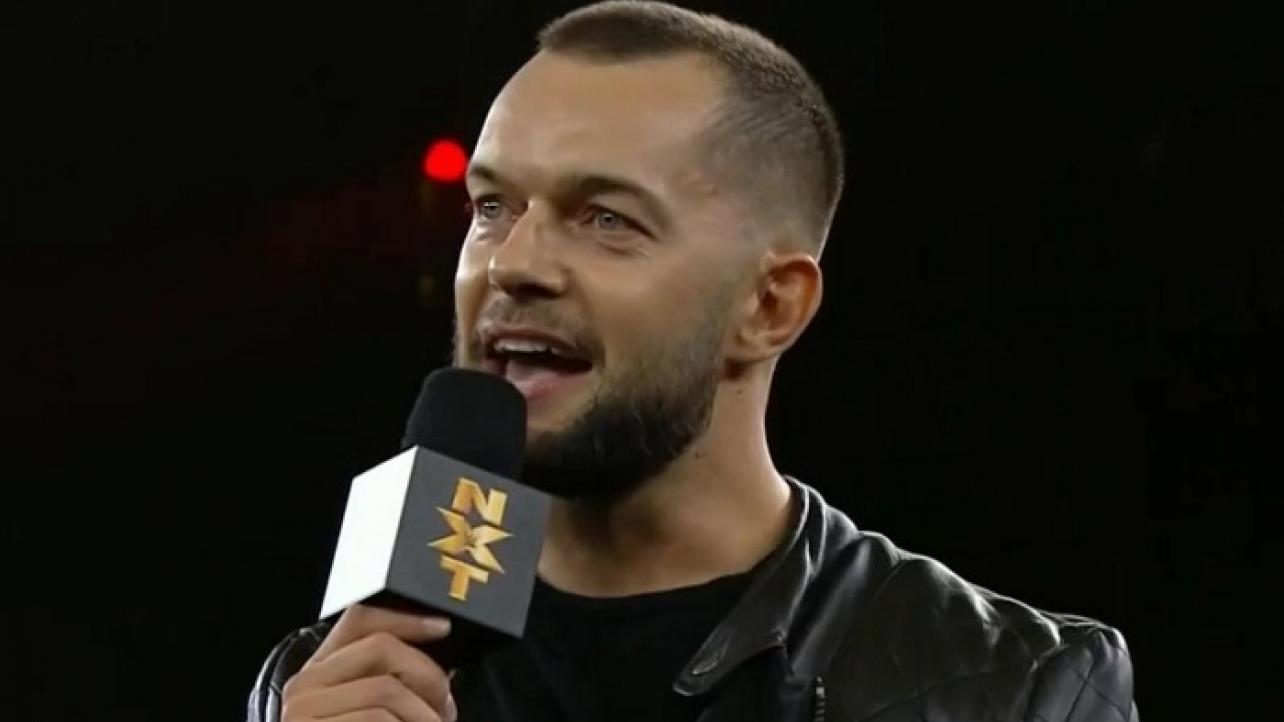 NXT champion Finn Balor spoke with Sports Illustrated to hype this evening’s New Year’s Evil special on USA, where the Prince will be defending his title against the Undisputed Era’s, Kyle O’Reilly. Highlights are below.

Says it’s been a difficult recovery:

The migraines, the headaches, the oral pain, the neckaches, I can’t explain how difficult of a recovery it’s been. No lights on, no TV, no cellphone, no computer. It was just lay down, rest, and grind through the pain.

How there is long-lasting damage:

After the surgery, I lost feeling in my lower lip all the way down as far as my chin. There is no guarantee that ever comes back. I’ve gotten about 20% of that feeling back, but it’s still kind of numb. They said that might come back within six months. That’s my window. There has been a little improvement, but I’ll still be drinking a protein shake and it will be dribbling down my lips, and my wife will be like, ‘Dude, you’ve got protein all over your face.’ I’ll have no idea because I can’t feel it.

My wife is an animal lover. Our schedules are so uncertain that we can’t really have our own pets, but we foster pets that are sick and need medicine for a month at a time. Right around the time I got hurt, we fostered these two 10-year-old chihuahuas. One had a broken jaw, and both had been neglected. They were malnourished and underweight, and we ended up having them for two months because they were so sick. The two dogs were going through their own recovery at the same time Bálor was going through his, and for two months, they kept one another company. I could see that they were hurting, so my focus needed to be on them,” Bálor says. “They went back last month, and that was heartbreaking. I still miss them every day. It’s incredible the love that an animal can give you. Once their tail starts wagging, and they’re eating again, it was such a beautiful feeling. I’m super grateful to Tito and Polo for spending two months with me. They were a huge emotional lift, a light in a dark time.

How the injury was a complete accident:

I’ve been doing this for 20 years and freak accidents happen, and that’s all this was. It wasn’t a result of how we work or how we hit, and there was no mistake made or style to blame. This was just a byproduct of what we do in the ring. You step in that ring, you’re always risking injury. Every performer accepts that. My only regret is that the injury overshadowed the match.

Kyle is an incredible performer, and that match at TakeOver was the first we ever had together. We had chemistry from the first lockup, which is the moment I know all about my opponents. I’d heard a lot of hype about Kyle over the years, but there is no place to hide once that bell rings. You either have it or you don’t, and as soon as we locked up, Kyle was cool, smooth and confident. We gelled well together, which you never really know until you lock up with someone. We had that from the very first lockup, and I’m excited to see how this develops at New Year’s Evil.

Says he’s not watching any NJPW these days:

People are going to think that this is the character speaking, but this is me speaking, and I haven’t watched one New Japan show since I left there six years ago. The way I feel is I don’t want to be influenced by anything, consciously or subconsciously, by watching. I want to perform the way I want to perform, and I don’t want to be influenced by any other styles. I know those guys are out there doing great things. Some of my best friends are there, and I’ve seen one or two GIFs pop up on Twitter of spots that were absolutely incredible. I’m sure there will be a point in my life where I start watching with a close eye, but right now I’m very focused on what I’m doing in the ring with as few distractions as possible.