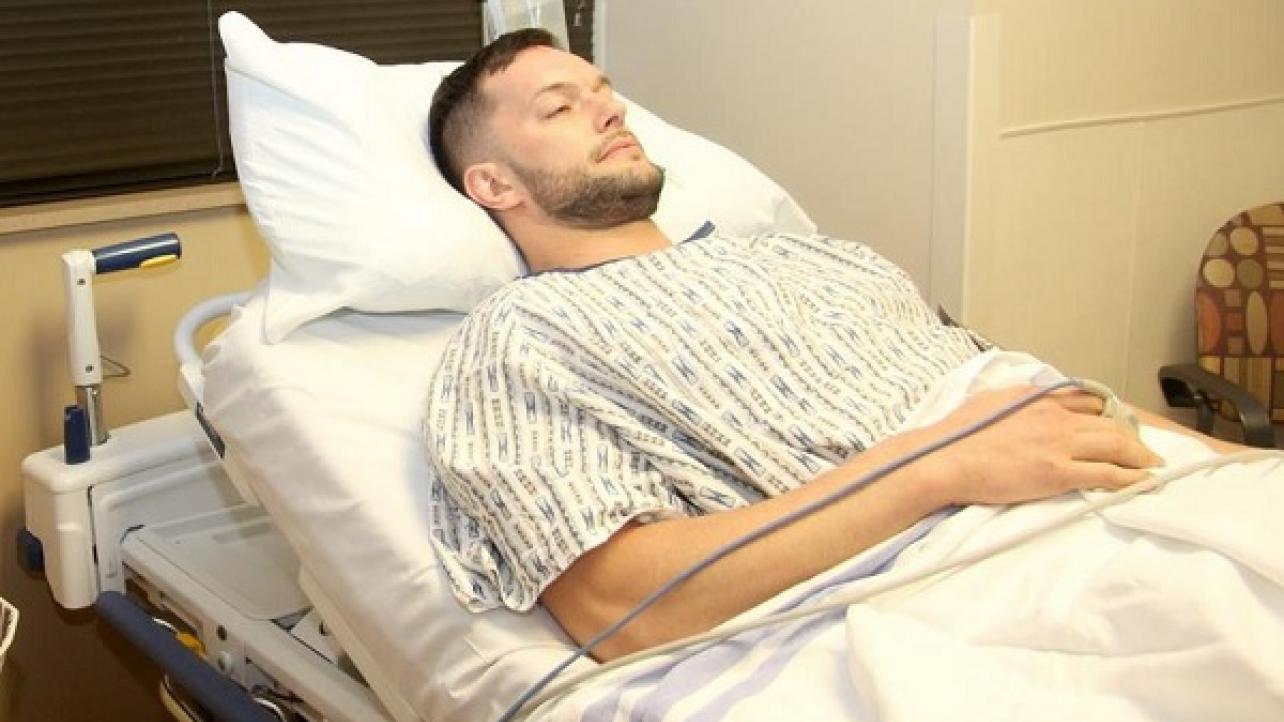 Finn Balor Pulled From WWE Smackville After Being Hospitalized With Stomach Issues?

As noted, WWE pulled Finn Balor from his scheduled WWE Intercontinental Championship match against title-holder Shinsuke Nakamura in one of only two advertised matches scheduled for the WWE SMACKVILLE live special on the WWE Network on Saturday evening.

Less than an hour before going on the air live on the WWE Network with their one-hour live broadcast from the WWE live event at the Bridgestone Arena in Nashville, Tennessee, WWE broke the news via their official website and various social media channels that Balor had been pulled from his match with Nakamura at WWE SMACKVILLE due to a failure to get him cleared to compete by the WWE medical team.

According to the announcement released by WWE on Saturday evening, Balor was pulled due to an “undisclosed injury” that he suffered “during the week.”

In an update, Sean Ross Sapp from Fightful.com posted an update on his official Twitter page (@SeanRossSapp) that claimed Balor was “hospitalized with a stomach flu.”

As seen during the WWE SMACKVILLE broadcast on the WWE Network on Saturday evening, WWE ended up holding an angle live on the show that saw Nakamura nearly win via forfeit / count-out, when out-of-nowhere, Ali made his way down to the ring to fill-in as a short-notice replacement opponent for Balor.

Nakamura would go on to defeat Ali to successfully retain his WWE Intercontinental Championship.

We will keep you posted as soon as new information regarding the situation involving Finn Balor becomes available.

I dunno, but he had been hospitalized with a stomach flu. https://t.co/GIZyS1tkwg

Finn Balor Pulled From WWE Smackville After Being Hospitalized With Stomach Issues?