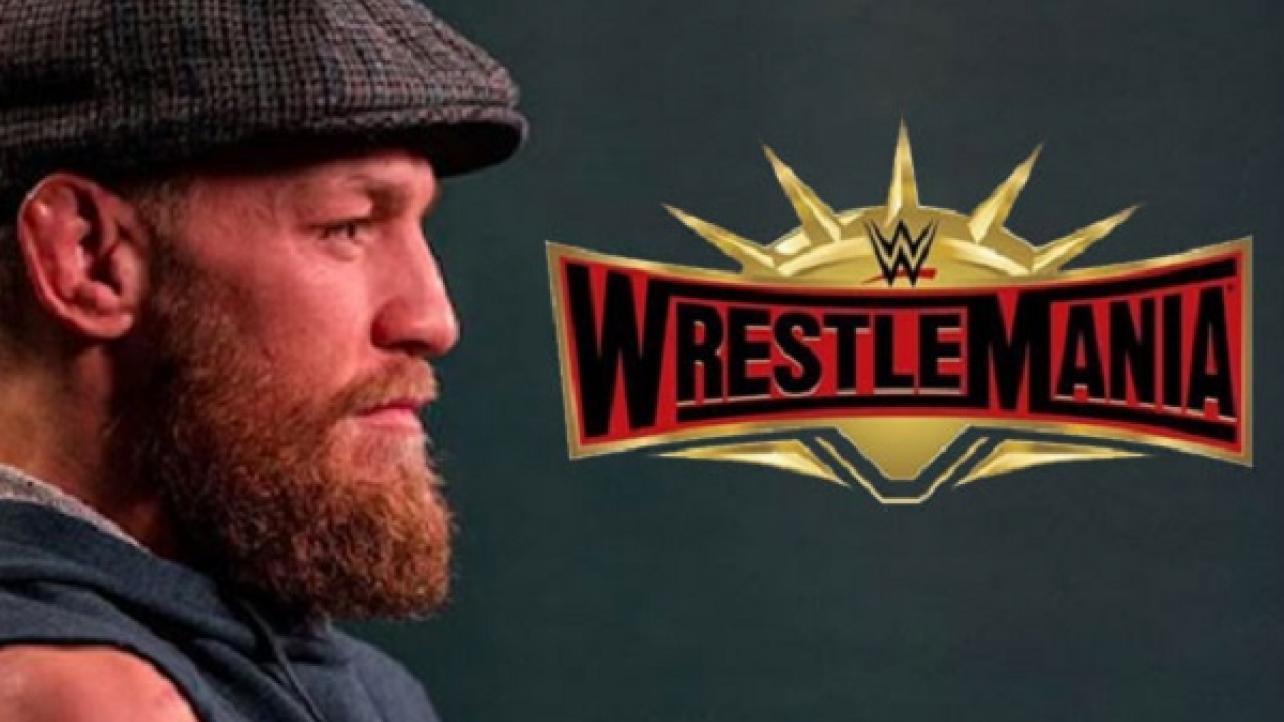 The Conor McGregor / UFC retirement news is starting to have a big ripple effect in the WWE Universe.

In addition to Ronda Rousey commenting about McGregor’s retirement on ESPN SportsCenter on Tuesday morning, a fellow Irish mega-star, Finn Balor, took to social media to comment on the big news.

The Demon King simply wrote, “See you at ‘mania brother,” in a reply to McGregor’s retirement tweet.

Obviously this isn’t any type of confirmation or even real “news,” as much as it is just a sign of things to come in terms of WWE Superstars trying to bait “The Notorious” MMA mega-star to make the transition to the world of sports entertainment, ala Ronda Rousey’s crossover from UFC to WWE upon retiring from the Octagon.

McGregor himself has gone back-and-forth with multiple WWE Superstars on social media in the past, and has teased a move to the pro wrestling world many times throughout his career. The former UFC two-division world champion made his name using a lot of pro wrestling tactics in his overall presentation, most notably the Vince McMahon “billionaire strut,” which he made a regular feature when entering the Octagon to show how calm he is in big moments.

WrestleMania 35 goes down on Sunday, April 7th from MetLife Stadium in East Rutherford, New Jersey. The show will stream live on the WWE Network, and will also be available via traditional pay-per-view.

Hey guys quick announcement, I’ve decided to retire from the sport formally known as “Mixed Martial Art” today.
I wish all my old colleagues well going forward in competition.
I now join my former partners on this venture, already in retirement.
Proper Pina Coladas on me fellas!

See you at ‘mania brother