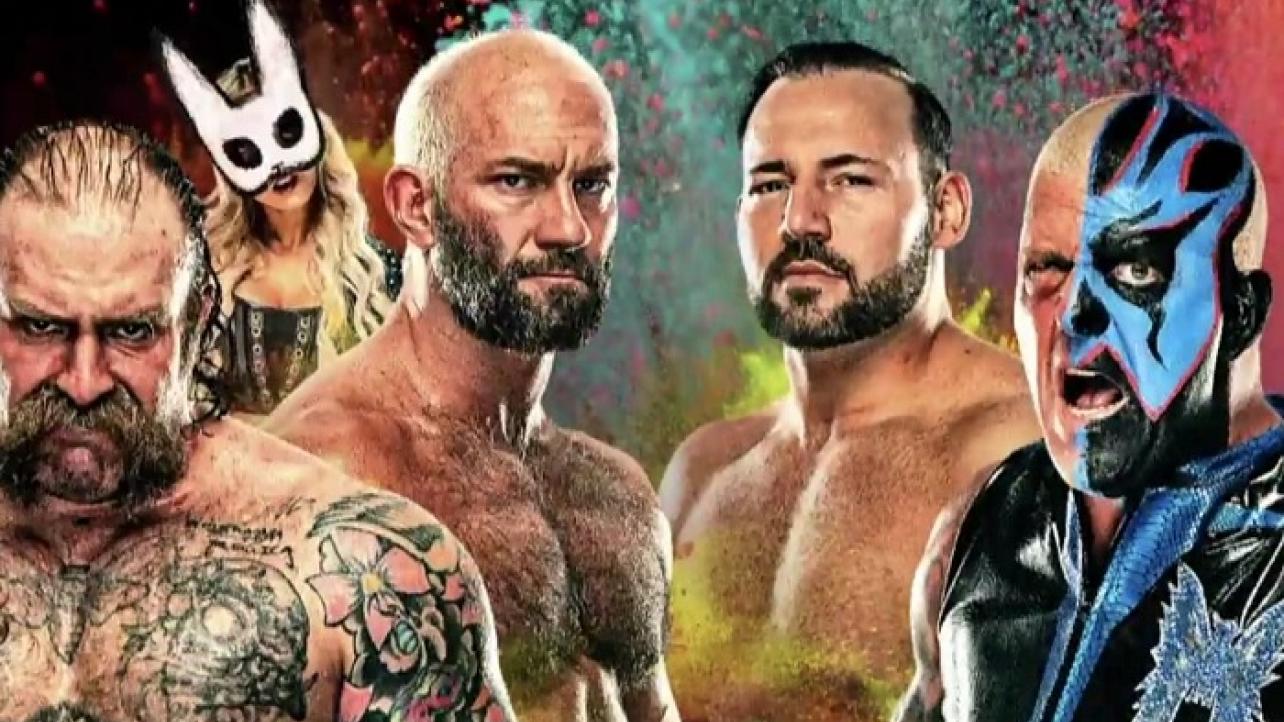 Three big matches were announced for the post-pay-per-view episode of AEW Dynamite on TNT this coming Wednesday night during the AEW Full Gear 2020 event on Saturday night.

During the interview segment, Dustin Rhodes and QT Marshall revealed that they have successfully gotten themselves a match booked against The Butcher & The Blade.

It’s not just any match.

Rhodes announced that on the post-Full Gear episode of AEW Dynamite this coming Wednesday night, November 11, 2020, All Elite Wrestling fans will witness the first-ever Bunkhouse Match in AEW history when The Natural Nightmares take on The Butcher & The Blade.

Additionally, the announce trio of Jim Ross, Tony Schiavone and Excalibur would go on to announce another pair of singles matches for the weekly AEW on TNT program airing this coming Wednesday evening from Daily’s Place amphitheater in Jacksonville, FL.

Joining the Bunkhouse Match between The Natural Nightmares and the team of The Butcher & The Blade on the 11/11 episode of AEW Dynamite will be a highly-anticipated rematch between The Lucha Bros, as Rey Fenix goes one-on-one against his tag-team partner Pentagon Jr., while Tay Conti (with Anna Jay) will take on Red Velvet (with Brandi Rhodes) in singles action in the AEW women’s division.

For those who missed the PPV on Saturday night, check out our complete AEW Full Gear 2020 Results From Daily’s Place In Jacksonville, FL. here at eWrestling.

Also, make sure to join us here at eWrestling.com on Wednesday, November 11, 2020 for LIVE results coverage of the post-AEW Full Gear 2020 episode of AEW Dynamite on TNT!

Available on https://t.co/zvOOm4JoWK in select international markets on #FITE pic.twitter.com/HIwUwOByR3