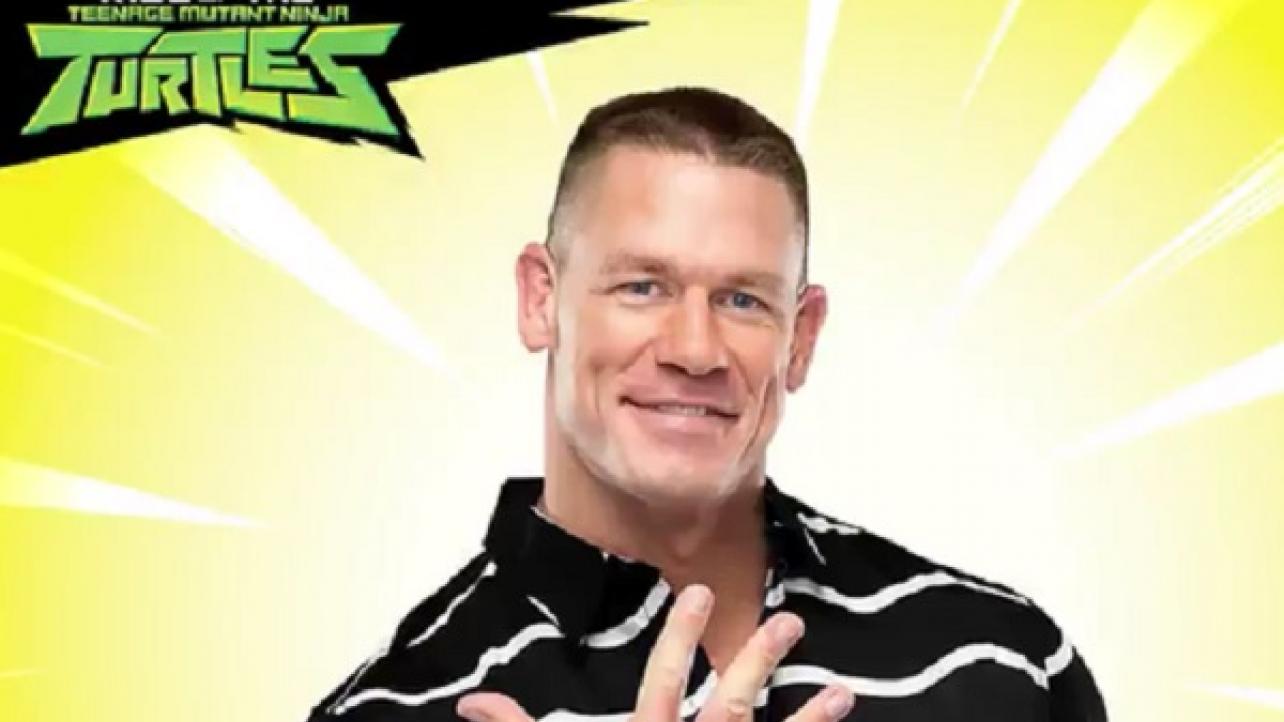 – Featured below is the latest installment of Brie Bella’s new Total Mommy series from the official YouTube channel of The Bella Twins.

– The official WWE website is running a poll asking fans who they feel is in jeopardy of losing their title the most at this Sunday’s WWE Fastlane 2018 pay-per-view. As of this writing, A.J. Styles led the pack, as 53 percent of the votes went to him losing his title in the Six-Pack Challenge Match. Trailing Styles was 27 percent of the votes for Bobby Roode losing his United States Championship against Randy Orton, 14 percent of The Usos losing their SmackDown Live Tag-Team Championships to The New Day and 6 percent voted for Charlotte Flair losing her SmackDown Live Women’s Championship to Ruby Riott. Cast your vote in the poll today at WWE.com.

– John Cena represented Nickelodeon at their Upfront presentation at the Palace Theater in New York City on Tuesday morning. As noted, Cena will be hosting the Nickelodeon Kids Choice Awards 2018 for the second consecutive year. He will also be executive producing a new Keep It Spotless game show for Nickelodeon and will be playing a villain in the new Rise Of The Teenage Mutant Ninja Turtles animated series that is scheduled to premiere on Nickelodeon this fall. Featured below is the first look of Cena’s “Baron Draxum” character for the new TNMT series.