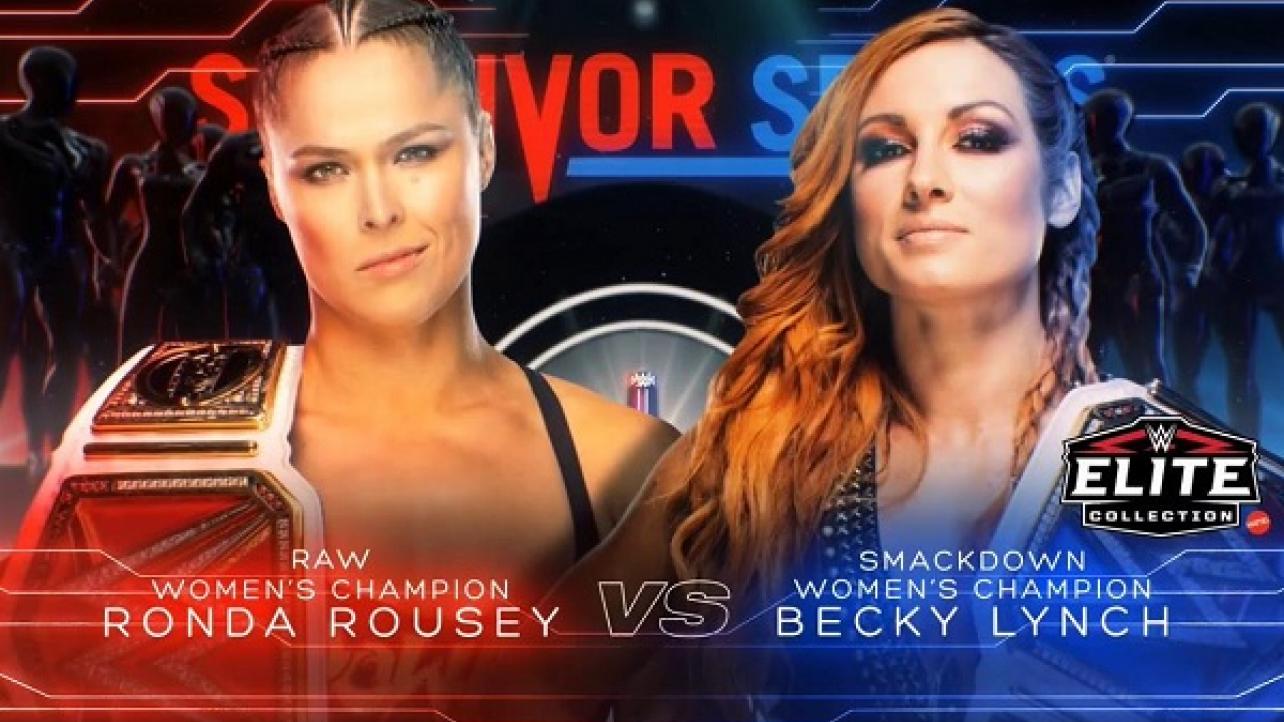 This year’s WWE Survivor Series is starting to take shape following Monday night’s RAW, as the first official title match for the show was announced.

During RAW, it was announced that RAW Women’s Champion Ronda Rousey will be facing off against SmackDown Live Women’s Champion Becky Lynch at WWE Survivor Series in a non-title “champion versus champion” bout.

WWE aired a post-Evolution video that showed Lynch confronting Rousey during an interview, leading both to say that they will be seeing the other again soon. Regarding their match placement at Evolution, Lynch posted “She tried” on Twitter with a screenshot of Rousey, referencing the fact that she believes she out-performed Rousey at the Evolution PPV.

WWE Survivor Series takes place from STAPLES Center in Los Angeles, California on Sunday, November 18th. Make sure to join us here on 11/18 for live play-by-play results coverage of the show!