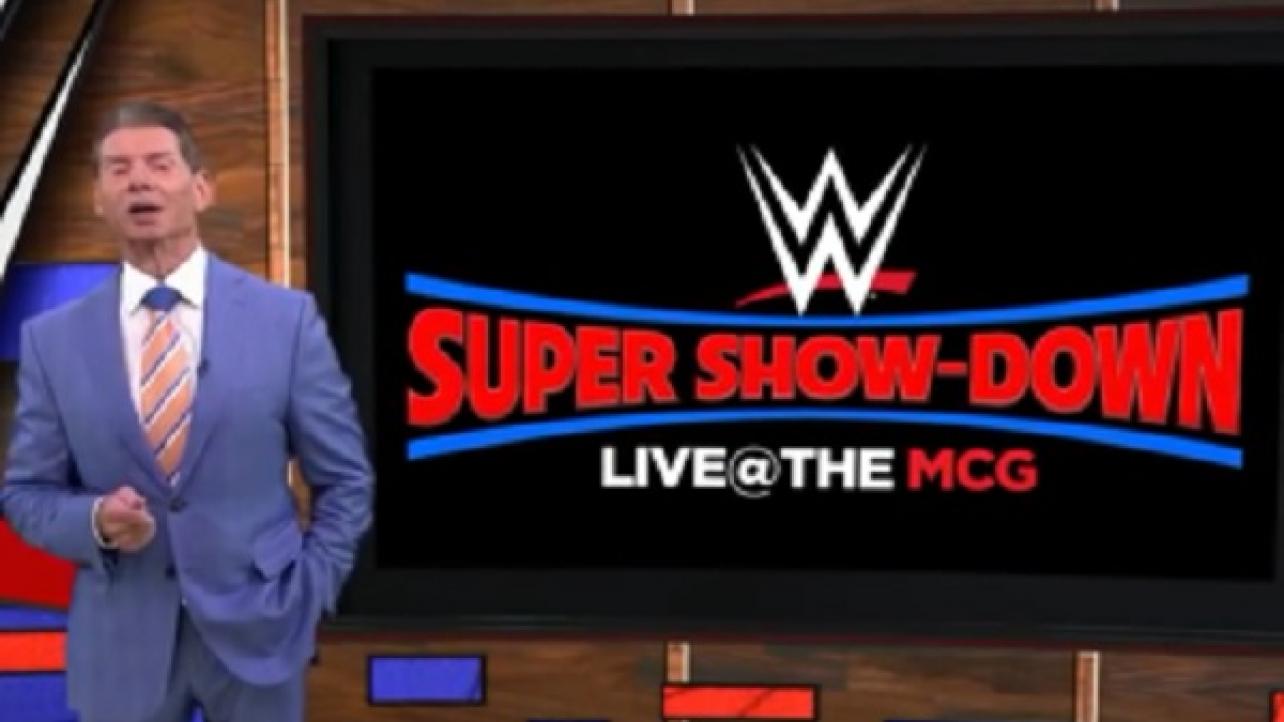 WWE is in an usual position right now of having to focus on three distinct super shows – Super Show Down on 10/6 in Melbourne, Evolution on 10/28 in Uniondale and then Crown Jewel in Saudi Arabia on 11/2 – before they can even turn their attention to the next “traditional” PPV event, Survivor Series, which takes place on 11/18. Currently on TV, they are promoting the three super shows simultaneously which has made it confusing for a lot of people to figure out which matches are on what shows.

The Melbourne Cricket Ground – the site for WWE’s Super Show Down – can hold around 100,000 people but the company was hoping to set it up for about 70,000 – 80,000. At first, WWE announcers were throwing around the number 70,000 which means that taking their usual exaggeration into account, the number of fans would legitimately be around 60,000. However, now the company is publicly saying 60,000 fans which likely means the actual attendance will be closer to 50,000 – still a strong number for a wrestling show in this day and age.