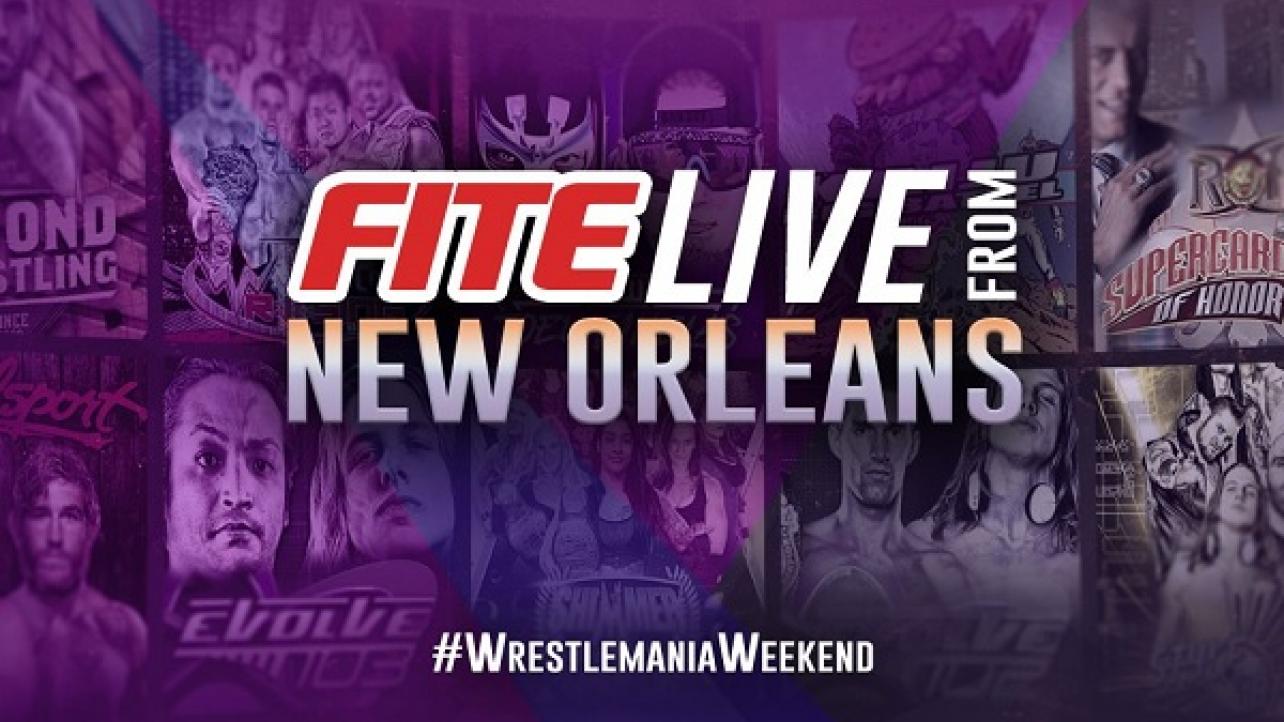 On Thursday, FITE TV issued a press release to announce that they will be airing multiple events during WrestleMania 34 weekend.

Among the shows that FITE TV will broadcast next month are the ROH and EVOLVE shows during WrestleMania 34 weekend, just to name a few.

Featured below is the official press release that FITE TV issued this week.

It is that time of the year again when pro wrestling fans unite for a weekend-long celebration of pro wrestling this year in New Orleans. The biggest wrestling gathering is also the busiest weekend on FITE.TV with a schedule featuring 10 live events and special field reports from FITE’s own SoCal Val.

Once again, FITE will be the broadcast partner for some of the best wrestling shows in the lead-up to the Wrestlemania Sunday featuring WWNLive Experience, a live marathon of nine shows spanning over three days, and ROH Supercard of Honor XII set to beat its own record-setting attendance of last year with a huge showdown live from the UNO Lakefront Arena on Saturday, April-7.

“Thanks to all the partners for putting on such great programs. We’re thrilled to bring the action from the biggest wrestling weekend of the year to pro wrestling fans around the world on the FITE platform”, said Michael Weber, FITE COO.

Saturday April 7th will feature three more WWN Live shows including the all women’s wrestling event Shimmer, the ever popular Style Battle and the over the top Kaiju Big Battel. FITE is offering the binge-worthy long weekend of online pro wrestling to viewers at the exclusive package price of $89.99 for all of the nine WWNLive shows on FITE.

To complete the weekend of wrestling excess on FITE, on Saturday, April 7th, ROH Wrestling is bringing the heat with its Supercard of Honor XII showdown that’s expected to be the largest attended ROH event ever. The Supercard of Honor event will be headlined by a huge main event battle between New Japan Pro Wrestling superstar Kenny Omega and The American Nightmare Cody. The matchup has been brewing for months and will top off a jam-packed card already available on FITE pay-per-view for $24.99.

In addition to the live broadcasts, FITE special contributors – pro wrestling stars and journalists – will provide daily scoop and backstage interviews from New Orleans so FITE viewers can join in on the celebrations from anywhere in the world.