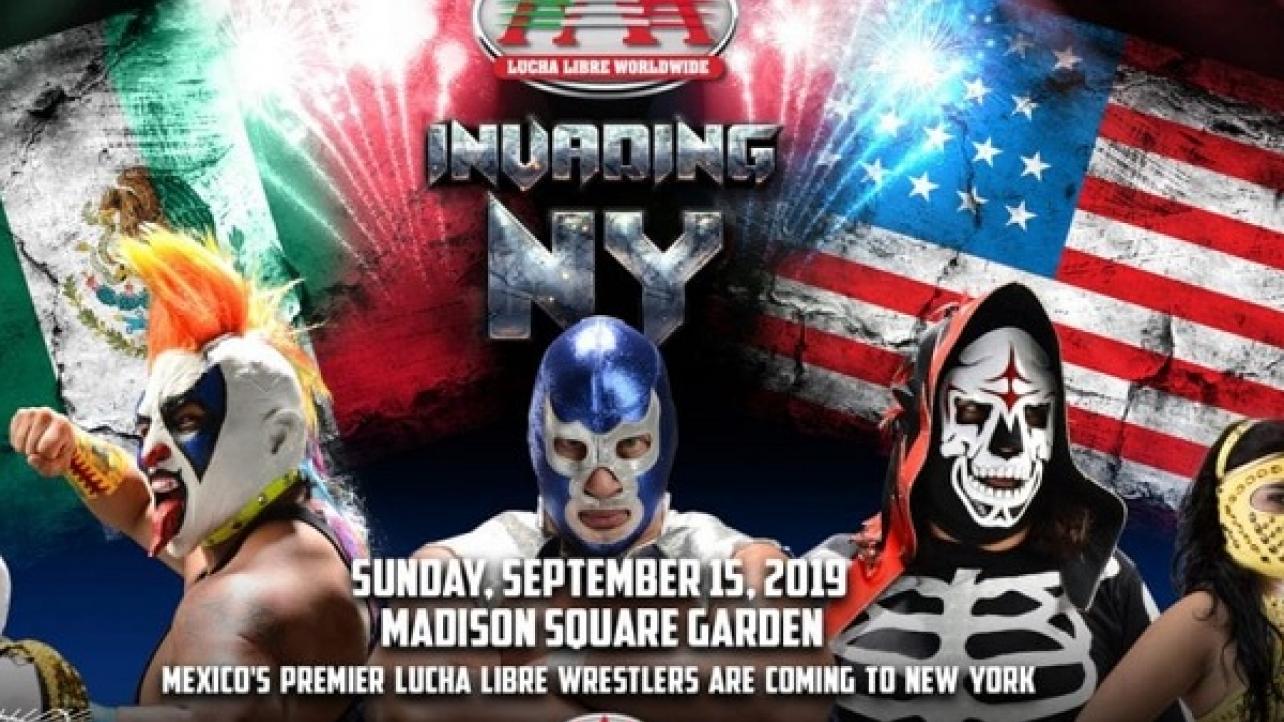 As noted, Lucha Libre AAA Worldwide will be making their promotional debut at the legendary Madison Square Garden arena in New York City with their “Invading N.Y.” show on Sunday, September 15th.

The promotion will also be running The Forum in Los Angeles, California on October 13th with their “Invading L.A.” show.

On Tuesday, it was announced that both Lucha Libre AAA Worldwide events will be streamed live via the Fite.TV digital subscription service.

Lucha Libre AAA Worldwide and Fite.TV issued the following official announcement regarding the live streams for the “Invading N.Y.” and “Invading L.A.” shows in September and October:

NEW YORK, July 23, 2019 /PRNewswire/ — FITE, the leading global digital combat sports platform, continues to grow its worldwide content offering by announcing a new partnership with renowned Mexican wrestling league, Lucha Libre AAA. The streaming platform has been awarded the exclusive worldwide distribution rights to stream on the FITE platform and on cable and satellite outlets of their two most highly-anticipated events this fall on a Pay Per View basis.

Lucha Libre AAA, the premier masked wrestling league, is home to many of the world’s top luchadores. The league is headquartered in Mexico City, but U.S. fans nationwide will have two chances to enjoy debut events, AAA Invading NY and AAA Invading LA, streamed live on FITE from two of the world’s most famous arenas—New York City’s Madison Square Garden on Sunday September 15th and in the Los Angeles Forum on Sunday October 13th. These venues are highly-esteemed performance centers and have hosted some of the most celebrated guests in sports, music, entertainment and more, making this a monumental debut for the Mexican wrestling league.

“The Lucha Libre AAA fights are a huge opportunity for viewers to enjoy one of the most exciting, acrobatic and colorful wrestling leagues in the world,” said Kosta Jordanov, CEO of FITE. “We are constantly striving to provide our fans with the best content, so we are thrilled to be working with Lucha Libre AAA to spotlight some of the most talented luchadores in wrestling.”

On September 15 at 6pm ET, the AAA Invading NY Pay Per View show will be live from Madison Square Garden as a selection of top luchadores will don elaborate masks and costumes to perform a wild, dramatic show for global viewers. Not only will the show introduce Lucha Libre AAA to American viewers on a massive scale, but the date of September 15 is sentimental to the league for a number of reasons.

“The night of September 15 is very important for all Mexicans since it is the eve of Independence Day in Mexico, but this date is also recognized in the U.S. as the beginning of the Hispanic Heritage Month,” said Dorian Roldan, General Director of Wrestling AAA Worldwide. “We are excited to be working with FITE, and to have the opportunity to share our culture with their fan community through these two amazing shows.”

The high flying action will continue on October 13 at 9pm ET, with a second exclusive Pay Per View event, AAA Invading LA, hosted at The Forum in Los Angeles. Fans will be able to order both AAA Invading NY and AAA Invading LA on FITE, with options to watch in English and Spanish languages commentary. Integrated Sports Media will distribute Lucha Libre AAA live in the United States on cable and satellite PPV via iNDEMAND, Vubiquity, DIRECTV and DISH for a suggested retail price of only $29.95.