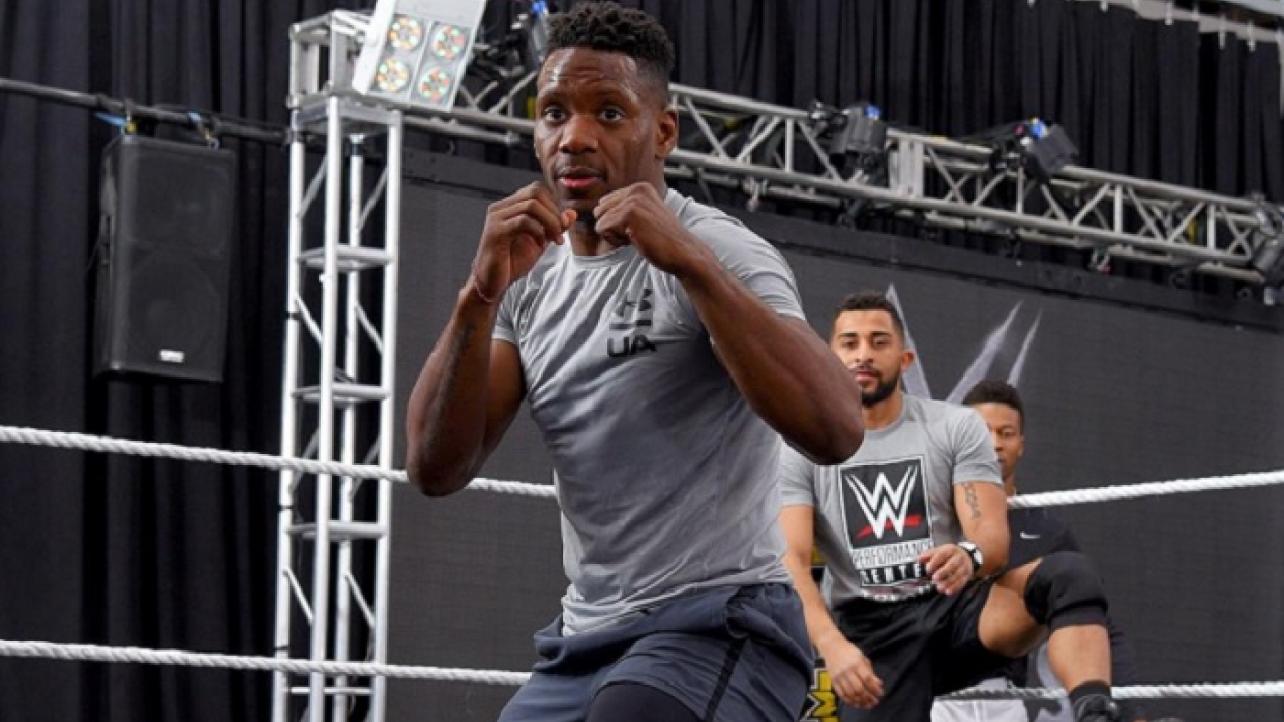 The future looks bright for WWE as they continue vetting through the up-and-coming prospects with their latest WWE Tryout Camp at the WWE Performance Center this week, which includes MMA champions, Olympians, identical twins and even Steven Seagal’s daughter!

WWE.com released the following announcement on Saturday with details on each of the members of the WWE tryout camp this week:

WWE’s third domestic talent tryout of 2019, featuring more than 40 athletes, is underway this week at the WWE Performance Center in Orlando, Fla.

The camp is WWE’s final tryout of 2019. This year, WWE talent scouts and WWE PC coaches spanned the globe in their ongoing search for future Superstars, venturing to India, China, Canada and the United Kingdom.

This week’s tryout, overseen by WWEPC Head Coach Matt Bloom, sees a diverse group of athletes taking to the ring, including a former MMA champion, a former Olympian, a retired Green Beret and identical twin brothers, along with bodybuilders, football players, stuntmen and independent wrestlers.

* Pierre Bouquiaux, a 6-foot-8, 265-pounder from Belgium with experience as an IFBB bodybuilder and boxing instructor.
* Will Brooks, a former Bellator MMA lightweight champion with UFC experience, who currently competes in the Professional Fighters League.
* Jessie Bush, a referee with seven years of in-ring experience from Milwaukee, Wisconsin.
* Zack Carpinello, a.ka. Zack Clayton, a 6-foot-3, 245-pound wrestler from New Jersey, who’s appeared on MTV’s Jersey Shore as “24.”
* Anthony Catena of Florida, who trained at the New England Pro Wrestling Academy and has competed for independent promotions like Chaotic Wrestling and Booker T’s Reality of Wrestling.
* 6-foot-5, 295-pound Nigel Cawthon, a four-year starter as a defensive lineman for Hampton University with experience as a decorated high school wrestler in his home state of Virginia.
* Michael Crandle, a former defensive end for Robert Morris University. The Pittsburgh native competes on the independent scene as Duke Davis.
* Michael Evans, a 26-year-old athlete from Massachusetts who stands 6-foot-5 and weighs 247 pounds. He competed on season 1 of NBC’s “Titan Games.”
* Steven Felger, a referee from Florida who works for the World Wrestling Network family of promotions.
* Stevan and Tome Filiposki, a tag team of brothers from Australia who trained at the PCW Academy and have competed around the world as “The Natural Classics.”
* 24-year-old Stephen Gerard of Illinois, who wrestles under the name Stephen Wolf for promotions like EVOLVE Wrestling.
* Clifford Fortune, a 270-pound powerlifter who played Division I football at Norfolk State University.
* Khambrell Gomez, a former football player for Adams State University who also holds the shot put and discus records for the country of Belize.
* Miles Grooms, a 6-foot-3, 250-pound former college football player at Hampton University with Canadian Football League experience.
* Nicholas Harmon, a.k.a. “The Dark Horse” Nick Cutler, an 11-year veteran of the squared circle.
* Anthony Henry, a wrestler with 13 years of experience. Henry competed against NXT Superstar Arturo Ruas on WWE Network during EVOLVE Wrestling’s 10th Anniversary Celebration this past summer.
* Christopher Heyward III, a 6-foot-2, 354-pound wrestler who competes under the name Calvin Tankman.
* 30-year-old Gary Jones of Pennsylvania, who has semi-pro football experience and wrestles as Ganon Jones Jr., on the independent circuit.
* Lauren David Jones of Flint, Michigan, who trained at the House of Truth and competes as Palmer Cruise. He once faced The Brian Kendrick on WWE 205 Live.
* Matthew Knotts, a 300-pound Florida native who trained for the squared circle with WWE Hall of Famers The Dudley Boyz and Billy Gunn.
* Ariel Levy, a pro wrestler with three years of experience on the independent scene in his home country of Chile.
* Khashayar Mirzaei, a.k.a. King Khash, a five-year veteran of the ring with overseas experience in Japan’s Pro Wrestling Zero1.
* Pingi Moli, a 6-foot-4, 280-pound Utah native who played college football at UNLV and has spent four years as a Hollywood stuntman.
* Olumide Ogunnaike, a 250-pound bodybuilder and powerlifter from Cleveland.
* Roman Rozell, a 35-year-old retired Green Beret who walked onto the wrestling team at Arizona State University.
* Brandon and Brent Tate, 27-year-old identical twins from Tennessee. The two have been wrestling for 10 years, most notably for Ring of Honor, where they were known as “The Boys.”
* Isaiah Williams, a New Jersey native who was a three-year starter as a wide receiver for the University of Maryland. He also has experience with six NFL teams.
* Victoria Andreola, a graduate of the Create a Pro wrestling school in New Jersey.
* Jennifer Michell Cantu Iglesias, a 23-year-old champion powerlifter from Mexico.
* Chanice Chase, a seven-time All-American athlete at LSU, where she holds the second fastest time in school history in the 400-meter hurdles. She also represented Canada in the 2016 Olympics in Rio.
* 21-year-old Lauren Dodds of London, a competitive bodybuilder with experience in powerlifting.
* Christine Hartmann, an Orlando native who was a three-year starter in volleyball at the University of Kentucky.
* Anriel Howard, a 22-year-old Mississippi native who played basketball and ran track for Texas A&M and Mississippi, and was chosen in this year’s WNBA Draft.
* Irena Janjic, a former trainee of Lance Storm who has been wrestling in Japan for the past seven years, competing for promotions like Sendai Girls and STARDOM.
* Rebeca Janjigian, an independent wrestler from Texas who competes under the name Christi Jaynes throughout the United States and Mexico.
* Kara Lazauskas, an amateur MMA fighter who has also competed on NBC’s “Titan Games.”
* Alexandra Mozeleski, a 25-year-old bodybuilder who has traveled the United States to hone her craft in the squared circle. She competes under the name Alyx $ky.
* Lainey Nations, an MMA fighter with experience in Brazilian Jiu-Jitsu and catch wrestling.
* Rachael O’Leary, a black belt in taekwondo with experience in kickboxing and Muay Thai.
* Ebony Payne, a Georgia native who is currently a firefighter.
* Jessica Roden, a 27-year-old athlete from California who started training for the ring earlier this year.
* Arissa LeBrock, the daughter of actors Kelly LeBrock and Steven Seagal, a professional model from California with Brazilian Jiu-Jitsu training.
* Elaine Simon, an Orlando native with seven years of experience in the squared circle.
* Aja Smith, a 25-year-old who has been competing on the indies for six years under the name Aja Perera.

For more information on WWE’s talent recruitment efforts, including how to apply for a tryout, visit WWEPerformanceCenter.com.