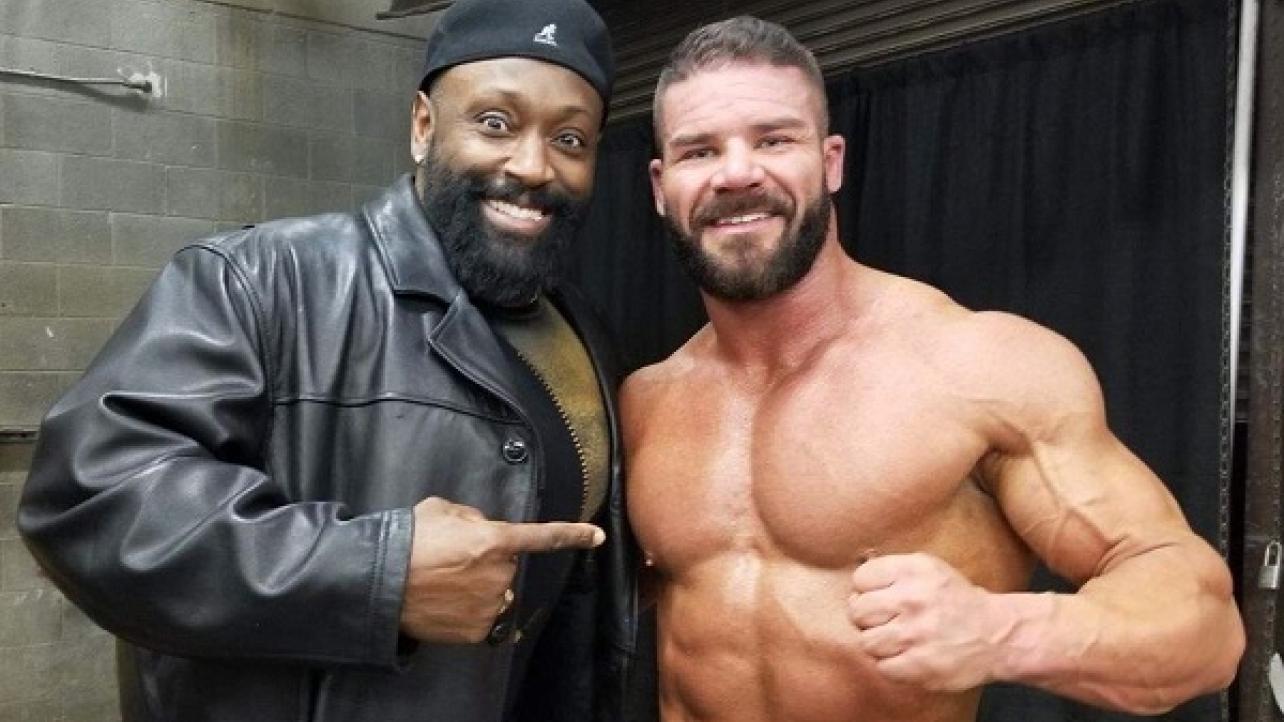 – WWE Superstar and owner of potentially the most infamous botch in WWE history, Titus O’Neil, attended the 2019 Grammy Awards Show on Sunday night.

.@TitusONeilWWE is showing up and showing out at the #Grammys! pic.twitter.com/Plmd3W0KP7

– As noted, WWE Superstar Apollo Crews and his wife, Linda, welcomed their second child to the world over the weekend. Apollo took to social media on Monday to share the following photo of the happy couple’s new bundle of joy:

Welcome to the world Kai. pic.twitter.com/vtldWfy2IV

– Former WWE and Impact Wrestling Superstar Monty Brown (Marcus Cor Von) was backstage at the WWE live event in Saginaw, Michigan on Sunday evening. Featured below, courtesy of the official Twitter page of WWE Superstar Bobby Roode, is a photo of the two behind-the-scenes at the show:

Great to see my old friend @TheMontyBrown backstage at #WWESaginaw . Truly one of nicest guys I have ever had the pleasure of working with in this business. pic.twitter.com/oSxwPl0w4B