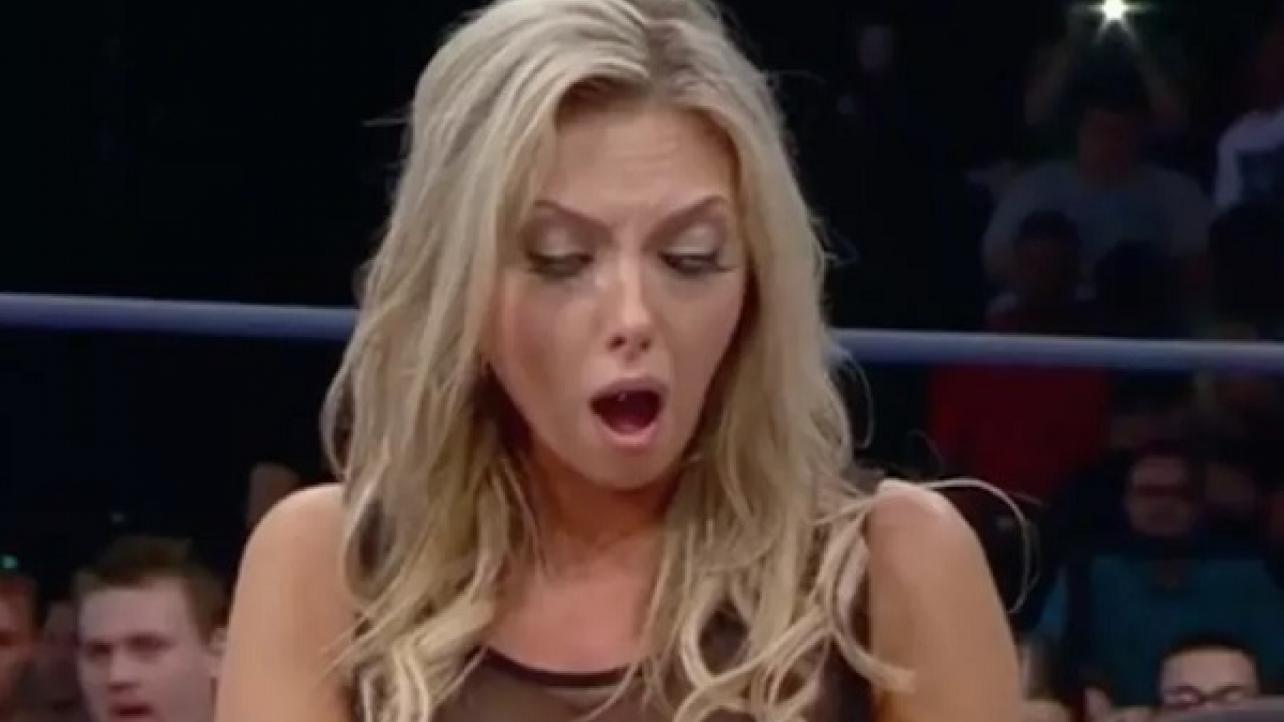 Not only has Sadie Gibbs joined the All Elite Wrestling (AEW) women’s division, another talent has been officially added this week.

On the latest installment of the Road To Double Or Nothing countdown series (Watch Here), it was revealed that former Impact Wrestling Knockouts Champion Allie has signed with AEW.

Allie joined Sandra Gray to be fitted for her official AEW ring gear on the episode. She also spoke about her excitement about joining the promotion.

“I really want to make my mark in AEW,” said Allie. “Even though I’ve had those opportunities, now, I really want to show people what I can do. I don’t know if I’ve had that chance before. Getting signed to AEW … I was super surprised. I’m not gonna lie, I hung up the phone, I started crying. I really wanted to be here and I didn’t know if it was possible.”

Allie continued, “It’s a nice alternative to what’s already out there. It’s an opportunity for the women to show what we can do without any chains around our ankles.”

AEW: Double Or Nothing 2019 goes down from the MGM Grand in Las Vegas, Nevada on May 25th. The show will air live via pay-per-view and on the HonorClub and Fite TV digital subscription streaming services.