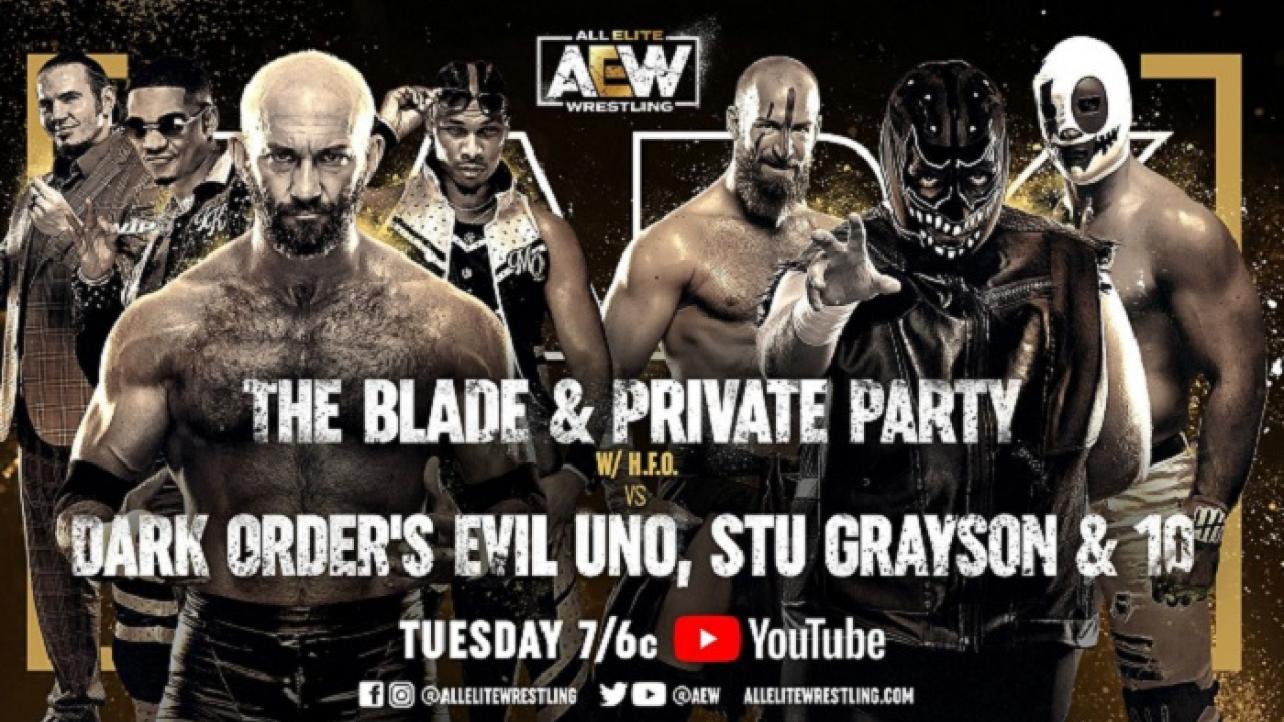 All Elite Wrestling returns tonight with the latest installment of their weekly digital series, AEW Dark, at 7pm Eastern Time / 4pm Pacific Time on the official YouTube channel for the company located at YouTube.com/AEW.

On tap for tonight’s show is eight matches, including the promotional debut of former Lucha Underground performer and WWE Tough Enough contestant Marty Casaus (aka Marty The Moth / Martin Casaus), as well as a six-man tag-team main event pitting three members of The Dark Order faction against three members of the “Big Money” Matt Hardy stable.

Featured below is the officially advertised lineup for the Tuesday, April 27, 2021 episode of AEW Dark.

Check out the official announcements regarding the eight-match card scheduled for tonight’s edition of AEW Dark via the pair of tweets embedded below.

#AEWDark TOMORROW at 7/6c on https://t.co/lBSV4sbfpB

#AEWDark TOMORROW at 7/6c on https://t.co/lBSV4sbfpB