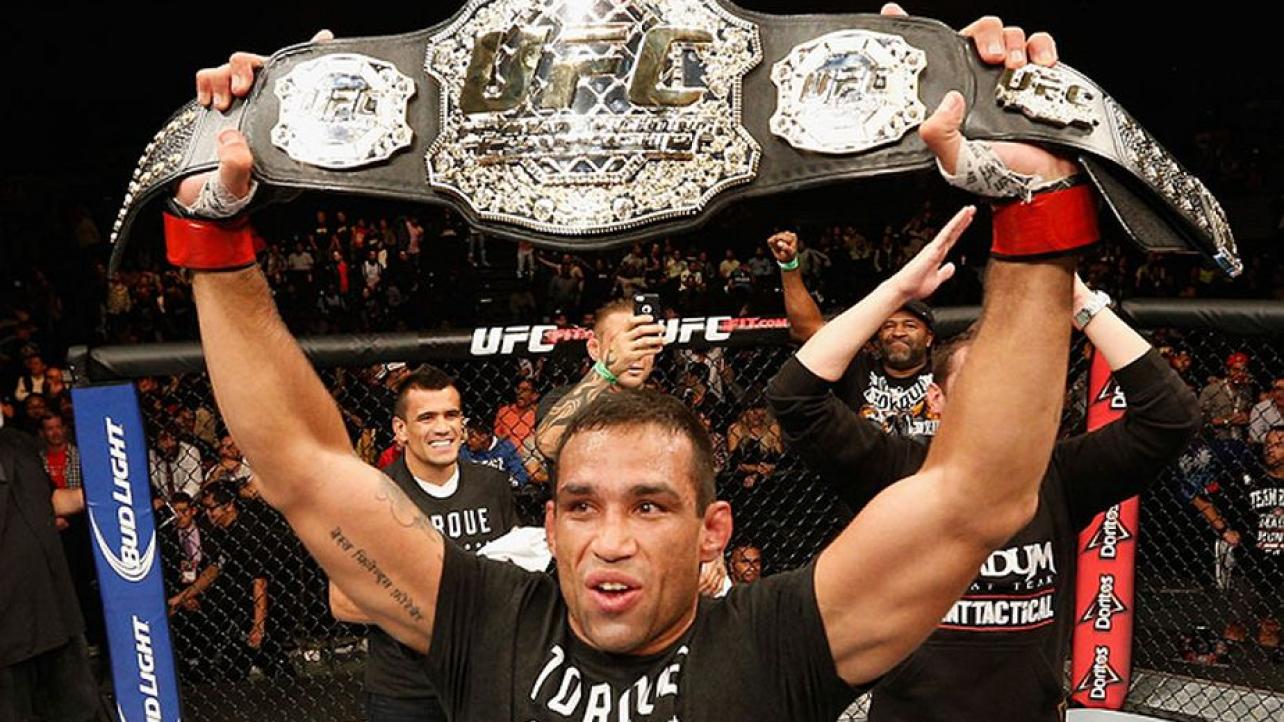 Not only is there talk of Brock Lesnar crossing back over from WWE to UFC, but another former UFC Heavyweight Champion is talking about crossing over from the Octagon to the squared circle in WWE.

Fabricio Werdum spoke with Ariel Helwani of MMAFighting.com this week about his interest in doing both pro wrestling and UFC fights simultaneously.

“I think that both [at the same time] is doable,” said Werdum. “You can do WWE. If I had the opportunity I’d fight there, no problem. It’s financially great.”

Werdum continued, “[A] fight at WWE, a spectacle that is fun to do. I’d definitely do it. I have a meeting Thursday about it, doing both [UFC and WWE]. I want to fight, [it] doesn’t matter where.”

Check out the complete Fabricio Werdum interview at MMAFighting.com.