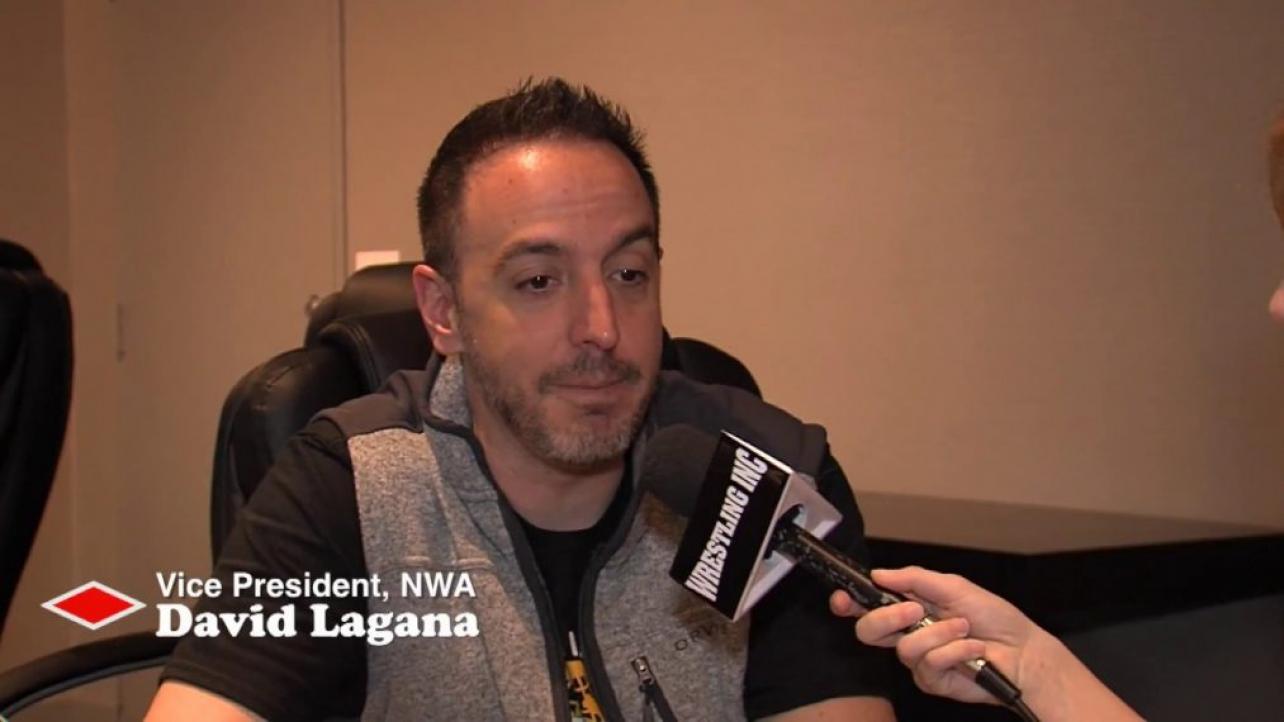 Dave Lagana released a statement Tuesday where the former VP of the NWA and Lightning One Friday adamantly denied any misconduct took place after allegations of sexual assault from his accuser (pro-wrestler Liz Savage) where released as part of the #SpeakingOut movement via social networking platform, Twitter.

Savage stated in a series of tweets that in 2010, she awoke one night in their shared bed and that Lagana was touching her inappropriately while also touching himself. She said she moved abruptly to get him to stop and he kicked her out of the apartment less than a week later.

The following is Lagana’s statement:

Last week, Liz Savage accused me via Twitter posts of sexually assaulting her a decade ago. Liz and I were friends for a total of about five to seven years before and after the alleged assault. We first met at a wrestling show sometime between 2006 and 2008 when she was introduced to me as an independent wrestler.

I take Liz’s allegations seriously. The first time I became aware of her allegations was last week when she made them public. I take them so seriously that I voluntarily stepped down from my position as Vice President of Lightning One Inc. and its company, the National Wrestling Alliance, after learning of her allegations. I did so because they pre-date this position and I didn’t want to involve the men and women of the National Wrestling Alliance during this time.

I valued my friendship with Liz. I’m sorry that she feels that I somehow wronged her. However, the incident she described did not happen.

But Liz’s allegation of sexual assault is not the only portion of her Twitter posts where I feel compelled to correct the record.

In early August of 2010, Liz informed me that a friend of hers invited her out to Los Angeles to attend a show that I was not affiliated with. Ultimately, she stayed with me and my roommate starting in mid-August. Liz suggests that I did nothing to help her upon her arrival. But, as a friend, I offered her all the help I could. This includes taking her to an NWA Hollywood event on August 25th where I introduced her to those in charge. I was an unpaid producer at the time with the NWA, so I had no hiring or firing authority.

Liz also left out the fact of her relationship with my female roommate. While the roommate did not initially know Liz was coming, once Liz arrived, she treated Liz like a sister. She gave Liz food and clothing, and drove her to job interviews. They remained friends for years after Liz moved out. But, despite their relationship, the first time my then-roommate found out about these allegations was last week.

Liz claims that I kicked her out of my apartment because of the alleged incident. Actually, in an email I sent to her on September 24th, 2010, I informed her that my landlord stated that, per my lease, any guest staying longer than two weeks consecutively would need to be added to the lease. The landlord said they were willing to look the other way for the seven weeks Liz was with me and my roommate, but would not do so after October 1st. I offered her some of my frequent flyer miles if she wanted a flight home.

After Liz moved out of my apartment, she and I remained in contact over social media and email for a few years, even endorsing me on LinkedIn in 2013. During that time, she would occasionally email me about opportunities in the wrestling industry that I did what I could to help with.

The #speakingout movement is creating change in our industry. I wish Liz all the best in her career inside the ring and out. But I adamantly deny her allegations against me and could not let them go without providing these details about our friendship.”