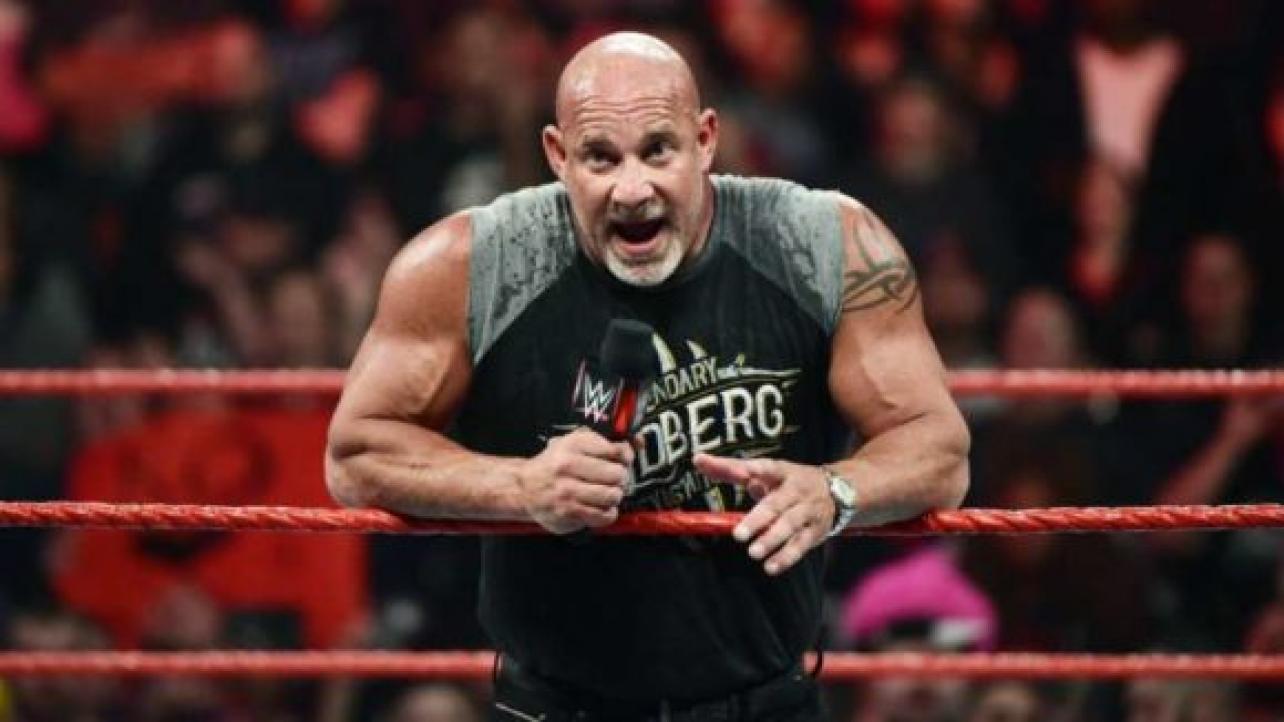 In the latest edition of the Neal Pruitt’s Secrets of WCW Nitro podcast, former WCW feature producer and “Voice of the nWo” Neal Pruitt spoke with Tim Snyder, the cameraman responsible for capturing some of the most iconic wrestler entrances throughout the years.

Featured below is an excerpt from the show, where Snyder talks about orchestrating Bill Goldberg’s famous ring entrance for the WCW Halloween Havoc pay-per-view in 1998.

“It was Halloween Havoc, and we were in Las Vegas. If you remember, the [MGM Grand] arena is a big round building, [kind of like a] ‘theater in the round’. Goldberg’s dressing room was just to the right of the entrance stage. But instead of having him walk out of his dressing room and right down the ramp, we [actually] walked the other way and went all the way around the building! [By doing so], we could have this three-and-a-half-minute entrance of everybody chanting ‘Goldberg’, while he had like 8 police marshals protecting him!

“As he came out, I was backpedaling [with the camera] as fast as I could. If you can appreciate the mechanics of what it takes to do a show, [then] walking backwards carrying a 70 pound camera rig – [one] that’s probably worth $200,000 dollars – falling is not an option! To backpedal that fast, you really did [require] a lot of people helping to hold the cable out of the way.

“Initially, because I was new to doing this, I just stood there and when he came crashing out of the door… I went ‘woah’ and starting going backwards… like ‘please don’t run me over!’ But you get smart after awhile. You kind of swerve a little left, a little right, and you can block [the wrestlers with your body]. I knew [WCW production] wanted to keep a certain tempo, a certain speed [for wrestler entrances]. But if I couldn’t [meet the tempo], I’d go as fast as I could and then just kinda let [the wrestlers] know: ‘we’re going – so don’t pass me!’

“At that particular pay-per-view, Halloween Havoc [1998], when we finally made it all the way around the building – and now it was time to go out on the stage – there was a dark tunnel [that Goldberg walked through]. I stopped backpedaling and just signaled him to go ahead of me, and then I fell behind him. [Consequently], when he came out, all of the lights were shining on him. I was behind him and he was backlit, so it kinda looks massive [on television], with his silhouette [and everything]. Because of the pyro gimmick that he had, I slid to the right – around the giant pumpkin – and came back in front of him, so that he could breathe the smoke and all that. And then I took him to the ring from there.

“All of that had to be planned before we did it, because I had to start at the ring and walk the route that I was gonna take. Had [Goldberg] changed the route for any particular reason, we would’ve been dead in the water, because I was cabled – and the cable only went one way!”

Check out the complete episode by subscribing to Neal Pruitt’s Secrets of WCW Nitro via iTunes.