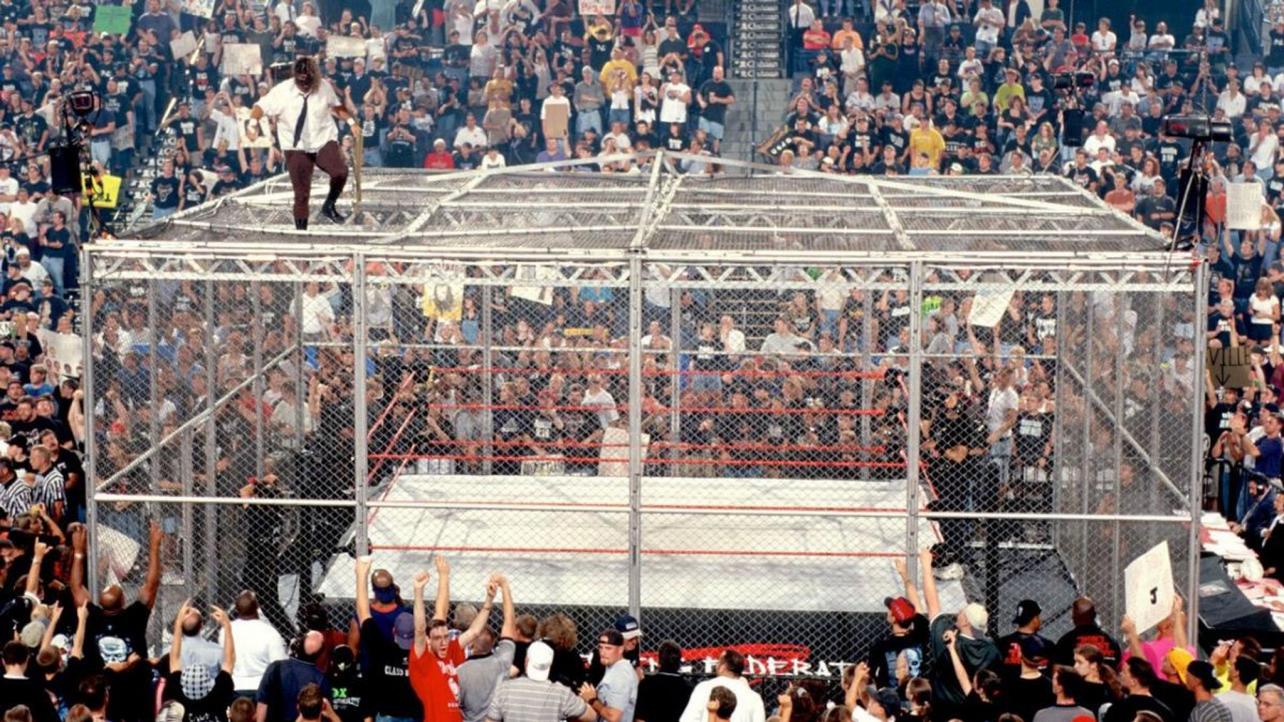 Former WWE doctor Frank Romascavage worked for the company from 1993 to 2006, and was one of the first people to aid Mick Foley, after he was thrown from the top of Hell In A Cell.

During his recent interview with Wrestling Inc, Romascavage, spoke about treating Mick Foley at King of the Ring 1998. Check out the highlights below.

On being there to help Mankind:

“I was there that night. That was an unbelievable event. Here’s Undertaker, he’s 7’0”, and he puts his big right hand up there, and there’s Foley up top of his arm and guess what happens? He goes down 10 feet and then another 10 feet, so he goes down 17 – 20 feet straight down. The guy was severely hurt. I sewed his whole mouth up. He’s bleeding, a couple teeth through his nose. What happened after that, I was in the ring. You’ll see me in that match. I’m in the ring there, and Mick, he got beat up. He was hurting big time. I said, ‘Mick, come on. We’re gonna get you through this.’ I took him in the back in the locker room back there. Teeth through, the whole bit there. We got the teeth on ice, sewed up his mouth for him, and he laid there. I said, ‘I’m going to sew you up real quick.’ I was an ER doctor so sewing up mouths and all that, I’ve done it many, many times throughout my medical career. So what happened is is I sewed him up. The teeth, we put them on ice. The best irony of the whole situation is if you ever get stuck, and I tell this to about all my patients here at my practice, where if you have an acute dental problem and you’re near Pittsburgh, you couldn’t be in a better place. University of Pittsburgh has a 24/7 on-call orthodontic dental type program. I called up the dentists or the dental orthodontic guy, whoever was on call, and I said, ‘Do you like wrestling?’ He says, ‘I love wrestling.’ I said, ‘Well, tonight I’m gonna make your night. I have Mick Foley over here. He’s got his teeth. I want you to put those teeth back where they belong,’ and he did, so I sent him over the dental school. I sewed up his whole mouth, and he went right over to the dental school. He fixed him up.”

On sending Foley back out for the show’s main event:

“Mick, I know him very, very well. We became, obviously, great friends after that. I got done sewing his mouth up. I forget how many stitches. I put a bunch in his mouth. In fact, if you read his book, he’ll probably tell you how many I did put in his mouth. Anyway, whatever the lag time was, he did go over shortly thereafter, and guess what happened? The guy put his teeth in for him. He surprised everybody by going back out, but he did. That’s how he is.”

On telling wrestler’s they couldn’t perform due to injuries:

“I can’t think of an exact situation where that would have been apropos. I never had to sit somebody down and say, ‘no, you can’t do it.’ I would see people, they hurt their knee real bad. They would have been to an orthopedic guy somewhere. If I see somebody that got hurt in a match, you’d talk to them to see how they go. I would keep on them on a daily basis by talking to them over the phone. It wasn’t one of those type of relationships. Make sure they were good and if they weren’t good, you make sure they went to see somebody. We always had everybody’s best interest. If there was a particular type of problem, we get them to the right specialist.”