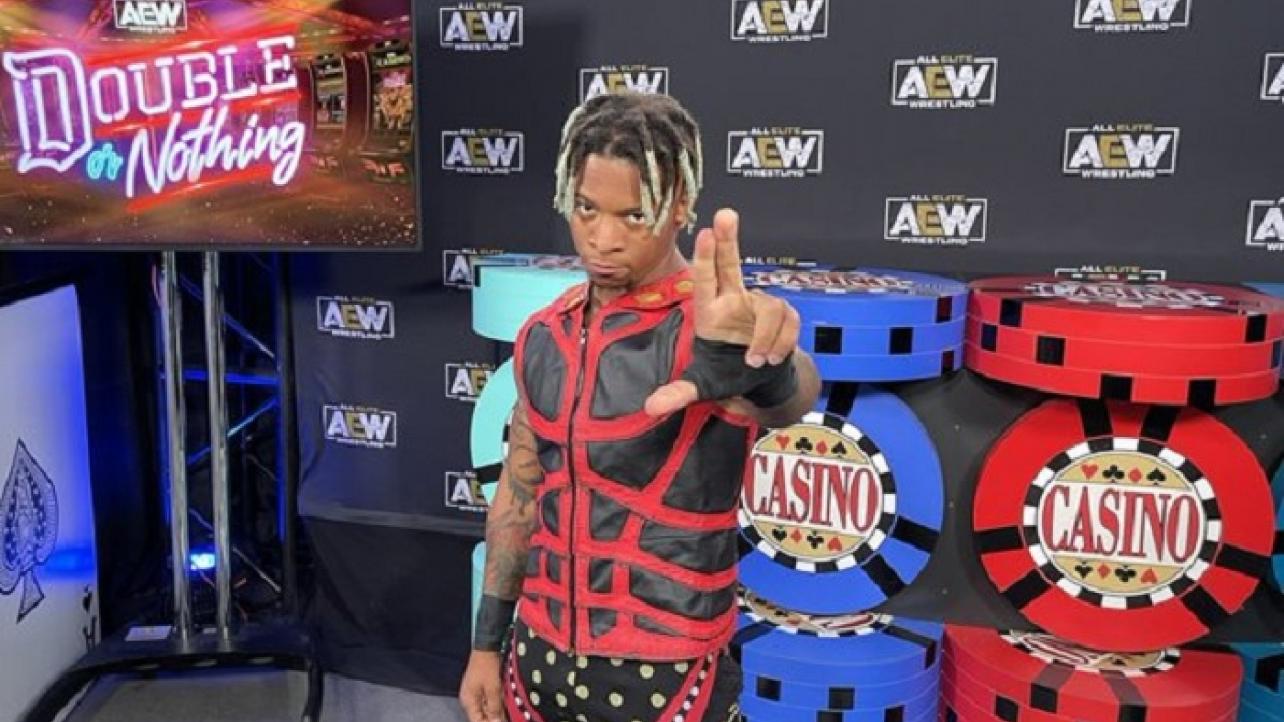 Lio Rush is All Elite.

All Elite Wrestling fans were able to “Feel The Rush” during the Casino Battle Royale match at the AEW Double Or Nothing pay-per-view event on Sunday night, as Lio Rush made his promotional debut when he was revealed as the mystery “Joker” entrant in the match for a future shot at the AEW Championship.

Rush would go on to be eliminated in the bout, however the impact made by the first appearance in AEW by the former WWE NXT Cruiserweight Champion, trending on Twitter during the show and creating a pretty significant buzz on social media.

Featured below are some video clips of Lio Rush behind-the-scenes at Daily’s Place amphitheater in Jacksonville, Florida at the AEW Double Or Nothing pay-per-view, as well as his actual debut appearance in the Casino Battle Royale match.

Additionally, embedded below are tweets from Renee Paquette commenting on the debut appearance of the former WWE Superstar, as well as a reaction tweet from Lio Rush himself.

The joker is @TheLionelGreen!!!!#AEWDON is on #FITE for fans outside the #USA pic.twitter.com/55WhMnSXb1

Rarely am i speechless, but damn did this feel good. The Man Of The Hour is here! #AEWDoN #AEW #LioRush https://t.co/e5AajYDu4D

I like seeing @TheLionelGreen show up everywhere. Been making his time count!