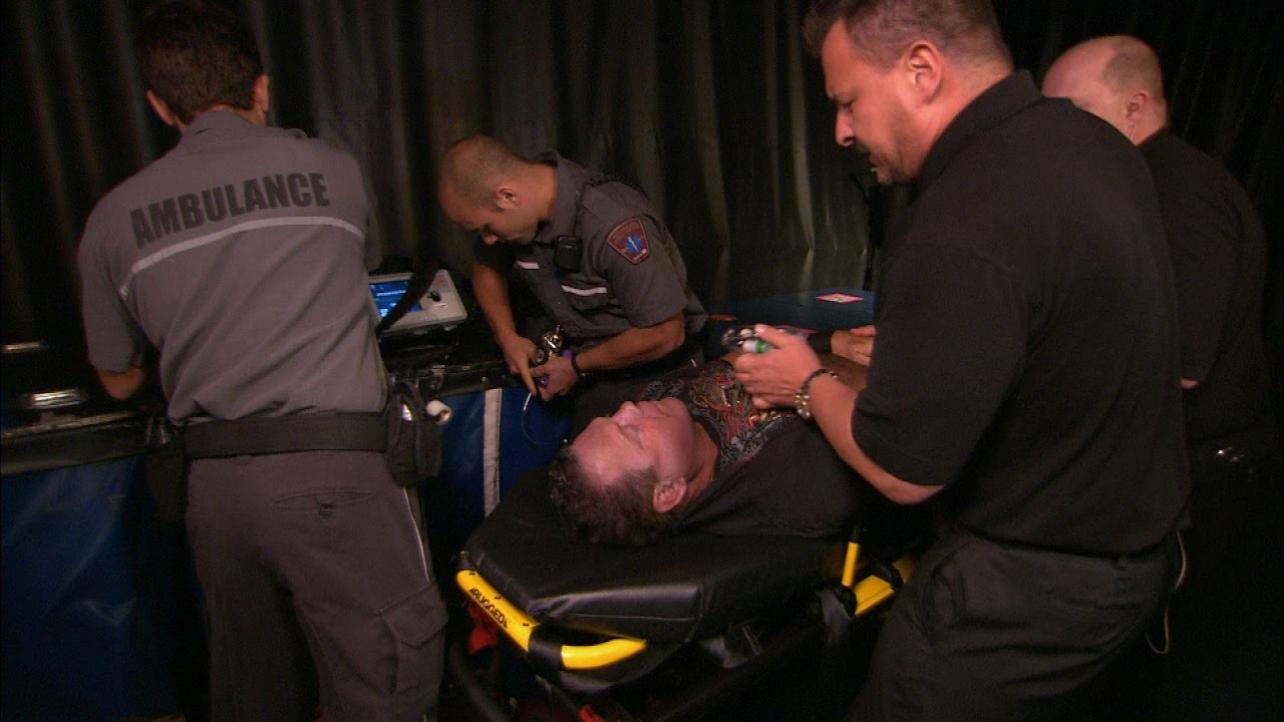 Former WWE ringside doctor Michael Sampson was recently a guest on Justin LaBar’s “Wrestling Reality” podcast, presented by Ticket King. Featured below are some of the highlights from the interview.

On the Jerry Lawler heart attack health scare: “Quite honestly, you are always prepared for that, but I would have never thought I would be taking care of a cardiac issue on WWE. We were just sitting there watching the match. Actually, Michael Cole was motioning to Justin [Roberts] and myself, who I was sitting from five feet from Jerry [Lawler], because I was watching the match because you don’t really look at the commentators because hopefully nothing is going to happen to them. Justin Roberts tapped me and said, Doc, look at Jerry. Jerry Lawler’s face was planted on the desk. Everybody knows Jerry, he is a comedian, we thought he was snoring or thinking it was a boring match. I started talking to him and he wasn’t responding, so one of the big things that you do for anybody that is comatose is that you do a sternal rub, and if you do a sternal rub, it hurts just doing it on yourself let alone how hard I was doing it to get him to respond and when he wasn’t responding I knew something was going on so that was when we went into action.”

On how he became a medical doctor for WWE: “This was not my radar, to be a ringside Physician for WWE. At the time, well, prior to that I was the team Doctor for Virginia Tech, also the Medical School for Virginia Tech. I was there for four years and I decided to come back to Atlanta. I was working with Georgia Tech, through our ACC connections. I got a phone call or email from Dr Joe Maroon with the Pittsburgh Steelers so of course I was very excited about that, thinking that I was going to work for the Pittsburgh Steelers. He’s like, hey, we’ve been watching your career and we would like to talk to you a little more. The only two things he said to me, because he was very vague, was that he said can you travel and do you have a passport? I said yes and yes. I still didn’t know, because I didn’t know he was the Medical Director for WWE. I interviewed with him the next time I came home to Pittsburgh for Christmas break. I went over to his house for an interview and he said, okay, let’s do some interviews with other people and give it a try. I did that and went on the road, I met the Medical Staff and the Crew and told him to sign me up; this is awesome.”

On having the authority to stop matches: “You know, you really didn’t want to, but in WWE’s credit we had the bottom line. We are the deciders to say that the match is done. Health and welfare of the talent was first and foremost the talent’s health was most important, so if we felt that we shouldn’t continue we would obviously, if it was TV, we would bring it back to Gorilla and say, look, we need to stop this and Vince McMahon or Hunter [Triple H] would say okay. One time, Ryback took a shot to the head and had a laceration, so we held the match and I did my magic to get the bleeding to stop, and he went back in. The bleeding kept continuing and continuing and it was during the time he had his undefeated streak, so we called the match and after he was done, we got out of the ring and he wasn’t too happy with me. He said that he was undefeated, what did I think I was doing? I said, look, you are still undefeated, I called the match, it was my fault. After he calmed down and realized what was going on he was fine with that. I think there was another time I had to stop the match on TV; again, you don’t want to call matches on TV, but the support I received from Vince McMahon and Hunter saying, yeah, we need to protect these guys and girls, and so they went with it, we stopped it. The talent wasn’t happy with me, but eventually after all the adrenaline went down it was for the best cause.”

Check out the complete interview with Dr. Michael Sampson at WrestlingInc.com.