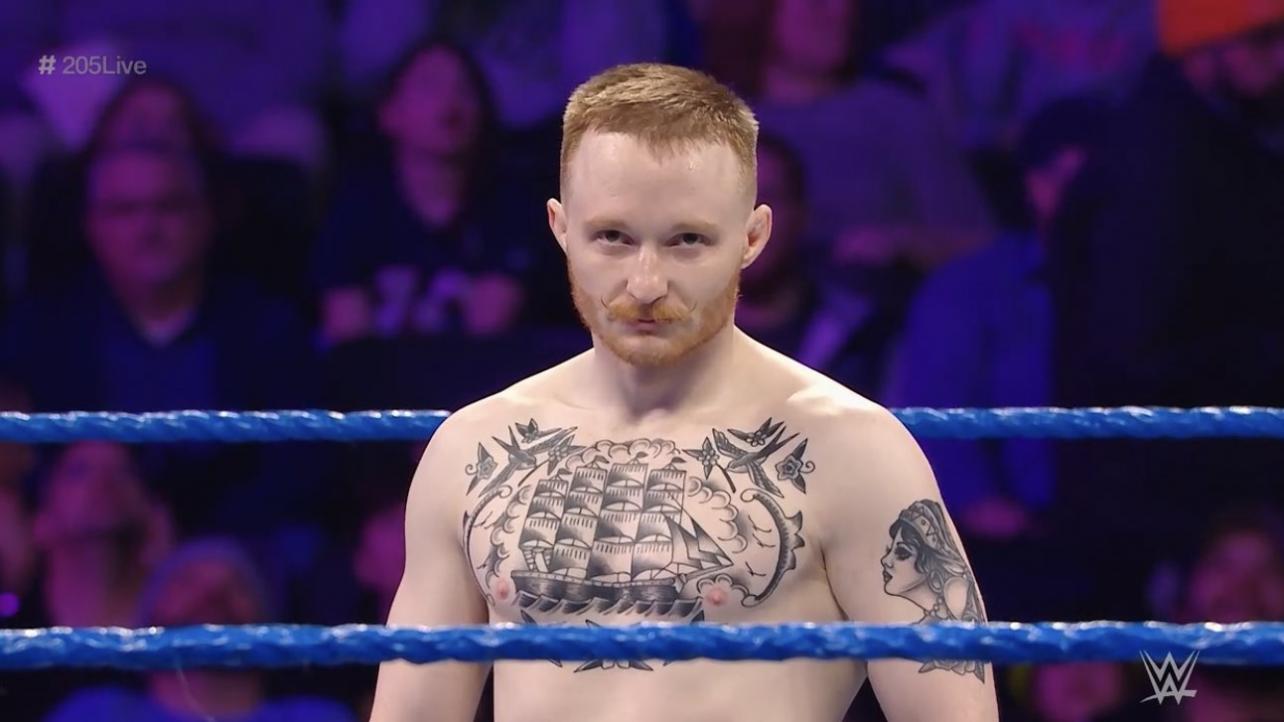 Pro-wrestling star Jack Gallagher took to Instagram earlier today and revealed to fans that there were indeed cruiserweight tag team titles made for WWE’s 205 Live division, but that all of the planned pitches were rejected.

It’s Tuesday. You know what that means. It’s time to talk about 205 Live!

I’ve had a few people enquiring about the existence of the cruiserweight tag team titles, so allow me to spill the tea. There’s a truck that houses all the props that might be used during a weekly taping of Smackdown or Raw. Onboard you’ll find a collection of sledgehammers, barbed wire bats, even umbrellas. This also happens to be the place where two, purple and silver, cruiserweight tag team title belts were kept. They were kept there from the first week that the division appeared on television.

These belts were stubbled upon by a few members of the roster (who may have also took a few photos holding them –), so we all pitched ideas to get the titles introduced. The two ideas that were often favoured were: One, to change the rules of cruiserweight tag team matches to the Mexican tag rules i.e. when both feet hit the floor on the outside of the ring that constitutes a legal tag; the other was to establish three men teams, instead of the usual two, and make them trios titles.

All of these ideas were – obviously – rejected.

Gallagher was released from WWE back in 2020 as he was one of the many accused culprits from the #SpeakingOut movement. See his post below.