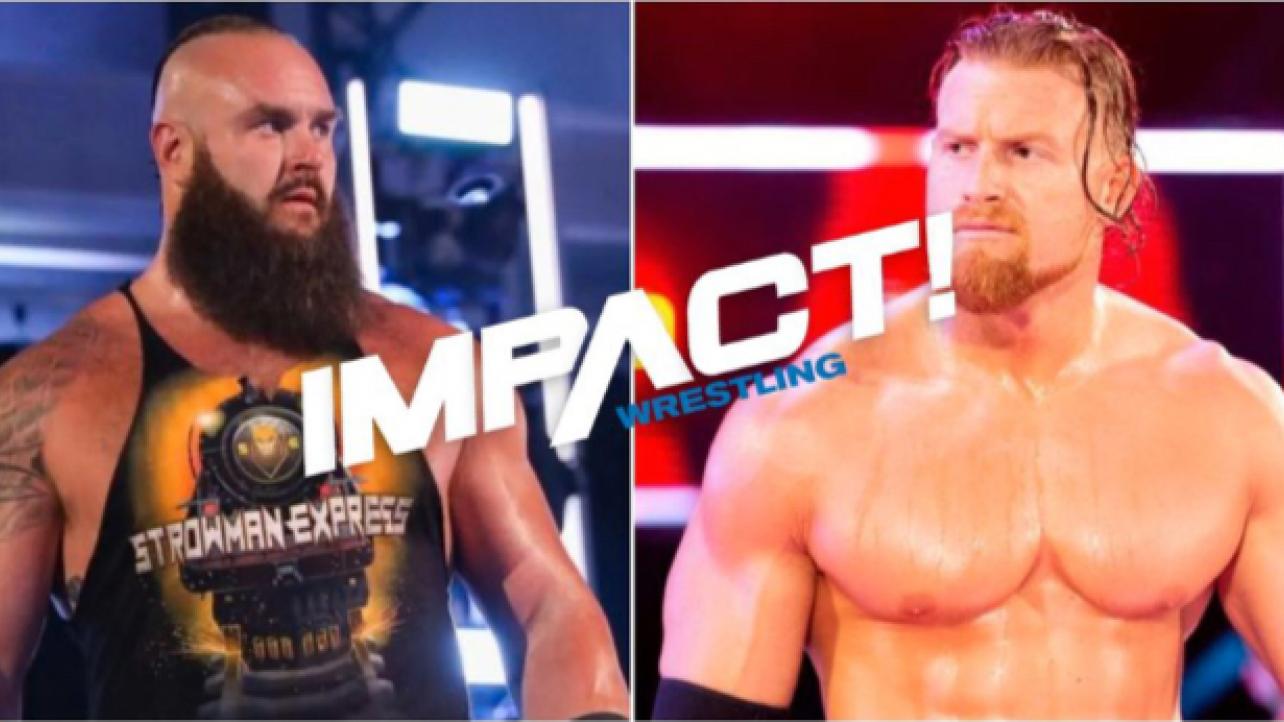 — Braun Strowman, who was released from his WWE contract earlier this year, but has yet to surface for any wrestling promotion, appears headed for IMPACT, according to the Wrestling Observer Newsletter. IMPACT boss Scott D’Amore recently did a Twitch show from a baseball game where he tossed out the term “Braun for Glory.”

— Buddy Murphy also is expected to sign with IMPACT and go by the name Buddy Matthews while also working the indie scene.