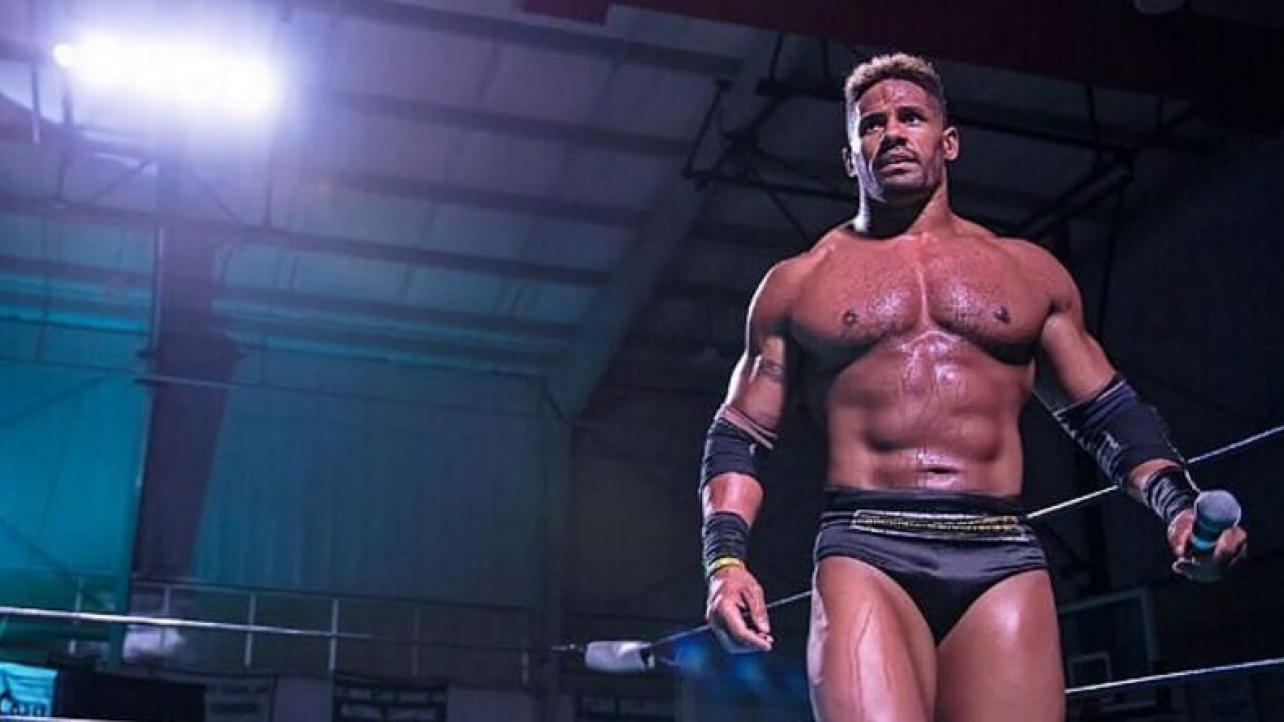 Fred Rosser, aka former WWE Superstar Darren Young, recently spoke with WrestleZone, ahead of his Virtual Signing presented by ’80s Wrestling Con. During the conversation with the site, Rosser talked about his road to New Japan Pro-Wrestling, and previewed his upcoming no disqualification match against Hiluleo on May 21. Check out the highlights below:

On how he went from being a spectator to finally believing in himself:

“It’s been an absolute dream come true. Ever since I started loving wrestling, since I came out the womb, it’s always been WWF but I’ve always followed New Japan. I’ve always followed Japanese wrestling,” Rosser said, “but I was always intimidated with the style. I never thought I could keep up or hang in with these guys. After the show I said to myself, ‘that was an awesome show, I can hang with these guys, I can go with these guys!’ So, long story short, I talked to Rocky Romero and told him about my desire to work with New Japan and to try out. I tried out with WWE, years ago and earned my contract, May 4, 2009. At 36 years old at the time, I was willing to try out again,” Rosser explained, “whatever it takes. That was a conversation that went down November 2019 and then the pandemic hit.”

On Rocky Romero calling him about another opportunity to come on board:

“I said, Rocky, let me just check with my family and see if it’s a good idea. Because I was with my family and I didn’t want to infect my family, because at the time COVID was rampant. My family ultimately blessed me and said it sounded like a great opportunity and was COVID compliant and said go for it, and in 2020 I had the match of the year with Tom Lawlor. I said all the time, WWE was a dream come true and I did my thing as a Nexus member,” Rosser said, “I did my thing as a tag-team wrestler with Prime Time Players, I tried to do my thing with ‘Make Darren Young Great Again’ with Bob Backlund. It’s just unfortunate that people that worked under Vince McMahon didn’t have my back, but with New Japan I was on my own and doing my thing,” Rosser explained, “and to get match of the year with Tom Lawlor was an incredible, incredible accomplishment for me. To get the respect of the fans is amazing, but the respect of your peers is top priority. Tom Lawlor said about our match that he never thought he would’ve got into the ring with someone like me, but he said the minute we touched, he knew it was going to be a classic.”

On his upcoming match against Hikuleo:

“This coming week I’ve got Hikuleo. I love the Samoan dynasty family and I love the Samoan family in general. The Usos have always been a night off to fight, ya know, just easy guys to work with, all the Samoans. But Hikuleo picked a fight with the Suntan Superman and I’ve got to stay strong. I’ve had enough of all of his bullying,” he explained. “My whole ‘Block The Hate’ movement is so near and dear to my heart that this Friday, with Hikuleo, he’s leaving that night with three boots on—two on his feet and one up his ass as a lifetime reminder of how bad a whooping that Mr. No Days Off put on his ass.”