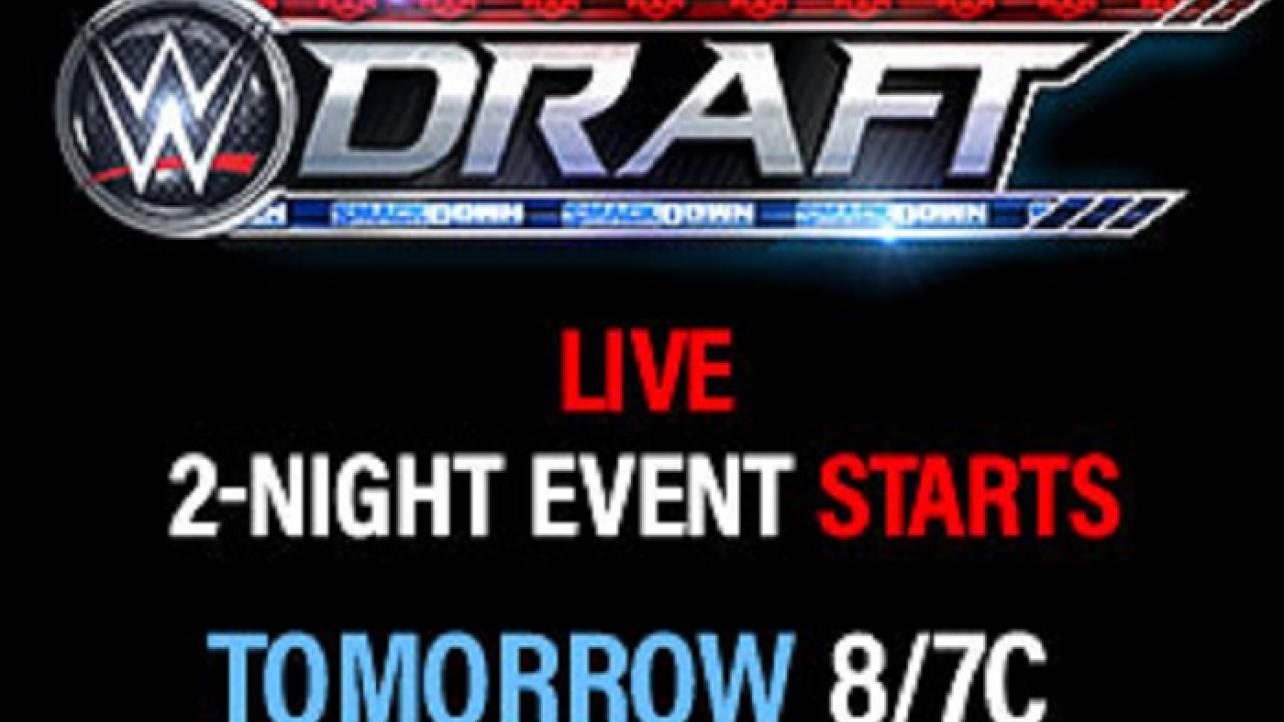 WWE released the updated preview for this week’s edition of Friday Night SmackDown prior to the post-TakeOver 31 episode of WWE NXT on Wednesday evening.

On their official website and social media platforms, the company announced multiple matches and segments for this week’s blue brand show, the final before the WWE Friday Night SmackDown Season 2 launch next week and the first of the two-night 2020 WWE Draft, which wraps up on the 10/12 episode of WWE Monday Night Raw.

Friday Night SmackDown preview, Oct. 9, 2020: Bayley and Sasha Banks set to battle for title on Night One of WWE Draft

Night One of the WWE Draft is highlighted by a SmackDown Women’s Championship Match between Bayley and Sasha Banks, Kevin Owens battles The Fiend, Big E squares off with Sheamus in a Falls Count Anywhere Match and much more.

The Boss will have her first in-ring opportunity with her former best friend since Bayley’s shocking attack on Banks after the pair failed to regain the Women’s Tag Team Titles. Two Beltz Banks and Bayley Dos Straps were on top of the world as “The Golden Role Models” of WWE this summer. Then a string of losses over SummerSlam weekend derailed their dominance. Bayley still holds her precious SmackDown Women’s Title, but she lost her best friend in the process.

After Bayley’s first ruthless steel chair attack on her former best friend, the titleholder explained she was using Banks the whole time to help her reach the summit of WWE. Another steel chair attack from Bayley enraged an injured Banks enough to return the favor at WWE Clash of Champions. Then last week on SmackDown, The Boss let Bayley know she’s coming for her title and so much more.

Will Banks end Bayley’s historic title reign and get her desired payback? Or will Bayley reach a new level of brutality in taking down The Boss?

The Fiend came calling for Kevin Owens, and KO isn’t backing down. Owens will look to bring the fight to the blue brand and his demonic opponent in a huge showdown ahead of the WWE Draft.

The Raw Superstar brought “The KO Show” to SmackDown last week with Alexa Bliss as the special guest. As Owens questioned Bliss about her recent infatuation with The Fiend, the monstrous figure crashed the set and delivered a Mandible Claw to the unsuspecting host. Bray Wyatt received a return invitation to “The KO Show” on Raw to help explain The Fiend’s actions, but he instead taught his upcoming opponent a lesson on friendship from The Firefly Fun House instead.

Can Owens walk into the darkness and emerge with a win over The Fiend? Or will HE claim another victim in his reign of terror?

Don’t miss Friday Night SmackDown at 8/7 C on FOX to see the epic showdown between Owens and The Fiend.

The New Day member has been chasing a fight with The Celtic Warrior anywhere he can find it after Sheamus’ heinous parking lot attack. Big E attempted to return the favor in the WWE ThunderDome loading area, but Sheamus escaped by throwing a security guard into the fire. Big E emerged victorious in the pair’s in-ring encounter at WWE Payback, but now the fight will sprawl throughout the arena.

Will Big E keep his singles run rolling in a grueling showdown with Sheamus?

The Workin’ Man Superstar heads to court this Friday, as Otis is set to defend his Money in the Bank contract.

The Miz & John Morrison have schemed for weeks on how to take the coveted contract from the Heavy Machinery Superstar. The outspoken duo has attempted a number of heists, gotten Mandy Rose traded to Raw, and now resorted to legal action to try to pry the contract from Mr. Money in the Bank.

Don’t miss Otis representing himself in court on Friday Night SmackDown at 8/7 C on FOX.

Make sure to join us here at eWrestling.com on Friday, October 9th for LIVE WWE Friday Night SmackDown Results coverage, including live coverage of the 2020 WWE Draft!