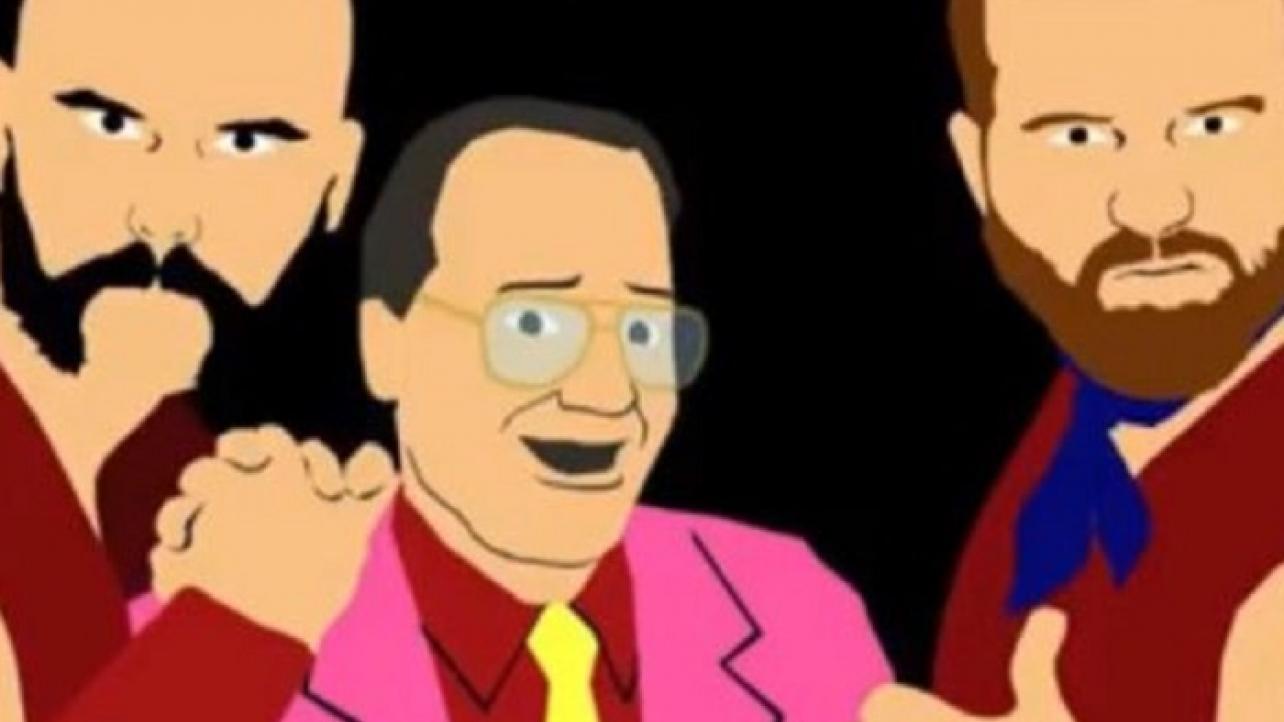 FTR Reveals On Jim Cornette Podcast How Cody “Sh*t On Their Legacy”, WWE Issues During Run As The Revival

FTR, the newest addition to the AEW tag-team division — arguably the most stacked in any pro wrestling promotion in the game right now — appeared as guests on The Jim Cornette Experience podcast to talk about their unique deal with All Elite Wrestling and everything that resulted in their desparate attempt to secure their respective releases from WWE.

Also during the interview on the popular Jim Cornette podcast with the former WWE tag-team known as The Revival (Scott Dawson and Dash Wilder), who are now being referred to as FTR (Dax Harwood and Cash Wheeler), they also touch on Cody Rhodes trying to “sh*t on their legacy,” their relationship with AEW President & CEO Tony Khan, their longstanding rivalry and war-of-words with The Young Bucks, and how while they were in WWE it became aware to them that Vince McMahon didn’t give them the credit as being guys who can regularly cut good promos.

Featured below are some excerpts from a transcript of the interview from their appearance on the Jim Cornette internet talk program, as well as some video clips with audio from the discussion and a link to listen to the audio of the entire show with FTR and Jim Cornette.

On coming to the realization during the WWE Monday Night RAW 25th Anniversary special that WWE simply was not the right fit for them: “We came to the back and I walked right through gorilla and I punched the wall. It was a brick wall and punched it as hard as I could and I started flipping out. I remember Cash just like grabbed me and he’s just like, ‘calm down it’s going to be okay it’s going to all right.’ I was in tears not because I was sad but that I was so upset and hurt because a guy that we had and we still do a guy that we had so much respect for, we couldn’t believe that he would allow that to happen to us. On the flip side of that, it’s not his company, you know, what I mean it’s he doesn’t call the shots.

On their relationship as it currently stands with AEW CEO & President Tony Khan: “Tony has been great to us. He has trusted us and he has got trust in us, full trust which is probably why he’s allowing us to appear on these handshake deals and me and Cash you know, we are men of our word as we said earlier, but he’s been great to us and he’s a huge fan of the wrestling business and more importantly at least to us and our pocket books, he’s a huge fan of ours because he loved the Mid South stuff, but I think he really believes that with myself and Cash, he really believes that we are the guys who can get over during the pandemic, he wants us to get this match with The Bucks that everyone has been dreaming about for years and years and years that he wants to be the first guy to get that match.”

“We’ve been very transparent with them that we’re willing to work with these guys, but there’s a very real possibility that it’s not going to be pretty and we’re not going respond well to some of the things they said before. He knows this.”

On feeling like while in WWE, Vince McMahon forgot that they are really good at cutting promos if given the mics for those types of segments on television: “That was the biggest misconception I think is that they just thought that we were pro wrestlers and that we couldn’t talk and I have no problem telling you right now that we could talk better than the majority of the roster if we’d get the chance, especially if we have something to sink our teeth into and like an angle to go with, but I think he just forgot. I am so confident in my speaking abilities of what we can do and how we could sell a match and how we could sell a PPV. For two years, we had this thing, it was the NXT promo tournament. It was all the NXT guys, every single one of them.” All the top guys had a tournament and I won that promo tournament and that’s why I don’t get why Vince never let us speak, he never let us talk and I think it’s because, I mean to you maybe we don’t have a southern accent but to him he hears the twang and he’s like, ‘Oh, oh damn. That’s disgusting. These guys have got to fuck their cousins, no doubt!'”

On their thoughts and longstanding rivalry brewing between themselves and The Young Bucks — Nick and Matt Jackson: “So with those guys, I think Cash feels the same way, but with thsoe I think maybe there was some kind of professional jealousy only because for so long, all the Internet fans and Dave Meltzer, they always gave these guys rave reviews. ‘They’re the greatest tag team in the world! There’s nobody that comes close to them! They’re the best!’ And then all of a sudden here comes two 5’10” North Carolina guys, who by the way can fight in real life and we’ve gotten in multiple fights in real life and gotten in multiple trouble with cops because of fighting, but needless to say, here comes two 5’10” North Carolina guys and the wrestling world is kind of like, ‘Wait a second, that’s how tag team wrestling is supposed to be done. We have no professional qualms with them or jealousy towards them but it did bother us that in 2016 that they never came to us and asked, ‘Hey is this okay if we do this?’ They just out of the blue started saying it.Well I think that’s because when you say it on an Internet show without the consent of the person there is no fear of the retaliation. You don’t have to worry about getting punched in the mouth by the person you’re saying it about.”

On Cody Rhodes “pissing them off so much” for trying to “sh*t on their legacy” by spreading what they claim are lies: “It pissed me off so much and I’m getting hot right now talking about it because 1) he’s trying to shit on our legacy. I’ve never in 15 years not once have I ever practiced a wrestling match. So with him saying that, I kind of felt like he was trying to tarnish and taint what we had built up and so that’s what really pissed me off is they took it from something that was ‘haha’ funny to making it personal and that’s what bothered me. That’s his buddies and to me, when we heard that, we felt that that’s what Nick and Matt thought. They felt the same way. That we just practice our matches and we’re not as good as them. So whether they believe that or not, they got the residual heat from what Cody said and that’s the thing that bothers us.”

Check out the complete FTR interview from the latest installment of “The Jim Cornette Experience” podcast below.

(H/T to Dominic Deangelo [@DominicDeangelo] and WrestleZone for transcribing the above FTR interview quotes from The Jim Cornette Experience podcast.)

TOMORROW! It’s finally here. Jim Cornette. FTR. On the Experience. Pretty sure this one goes off the rails. #FTR@TheJimCornette @GreatBrianLast pic.twitter.com/mt6DetMX0p

FTR Reveals On Jim Cornette Podcast How Cody “Sh*t On Their Legacy”, WWE Issues During Run As The Revival