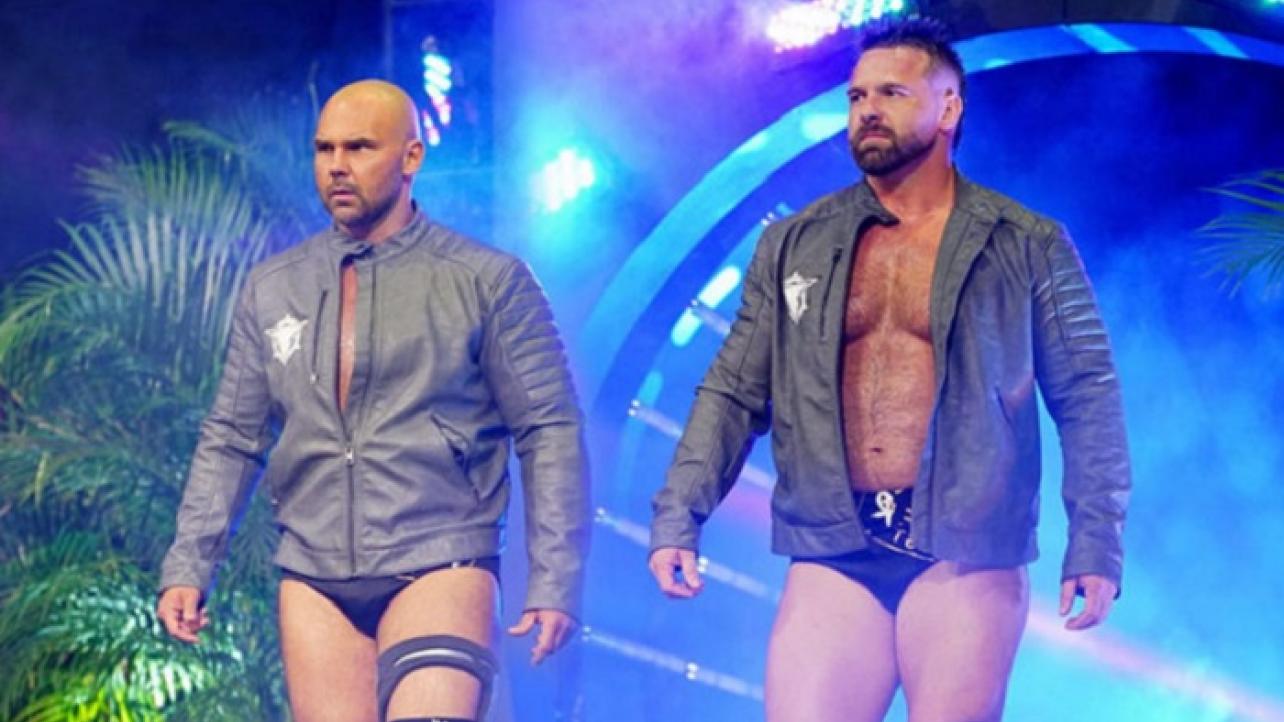 In addition to the highlights from the interview that we previously published here on the website, the AAA Tag-Team Champions also spoke about how surreal it was to be in the ring with Sting, as well as how they felt validated after receiving high-praise from Arn Anderson, Tully Blanchard and “The Icon.”

Featured below are some of the highlights from the interview where they touch on these topics and more.

Dax Harwood on it being surreal to share the ring with Sting at AEW Holiday Bash: “It’s awesome wrestling Sting and stuff, but honestly, it’s our time now. When I say we’re living legends, I mean that as a shoot. It’s not just a gimmick or something to put on a t-shirt. Sting was in the ring with us. CM Punk was in the ring with us. I take great pride in being able to do what we do. No one else can do it like we can do it. I’m not saying we’re the greatest wrestlers in the world or anything like that, but there is no one else in the world who can do the things we do. Those guys, as much as we have the privilege of being in the ring with 60-year-old Sting, a guy we watched our who childhood, he also has the privilege of being in there with us because we’re freakin’ real good. Getting past all that, now the humbleness comes out, having Tully manage us for the last year has been a dream come true. He’s given us a lot of advice on promos and in-ring stuff. [After AEW Holiday Bash], I was getting stitched up and Arn was there and he’s like, ‘that was a freakin’ masterpiece,’ he’s putting me over and then my dad walks in. My dad and Arn Anderson are standing side by side. I was telling my wife, ‘My dad and Arn are standing side by side and it didn’t dawn on me,’ because so many people compare Arn and myself. It was surreal because my dad introduced me to wrestler, he’s a huge Arn fan, and now Arn is kind of like our road dad too. It was a surreal experience.”

Cash Wheeler on feeling validated after receiving high-praise from Arn Anderson, Tully Blanchard and Sting: “We are really really good. It is their privilege also. Those guys have so much knowledge and I respect what they’ve given to the business. The fact that they are still giving in some way, like Sting did a [at AEW Holiday Bash], and Arn did a few weeks ago where they are still putting their bodies on the line to go out there and entertain the fans when they don’t need to or have to, that’s cool for us. Also, having their respect is the coolest part for me. When Arn comes up to us, he sees us as people that belong in wrestling. When Sting comes up to us, he holds us in high regard as far as talent in the ring. That’s the coolest thing because that’s validation for me because they carried the torch for so long and they made wrestling for a living possible. For them to look at us as equals is awesome and getting to learn from them on a weekly basis, it’s the best.”