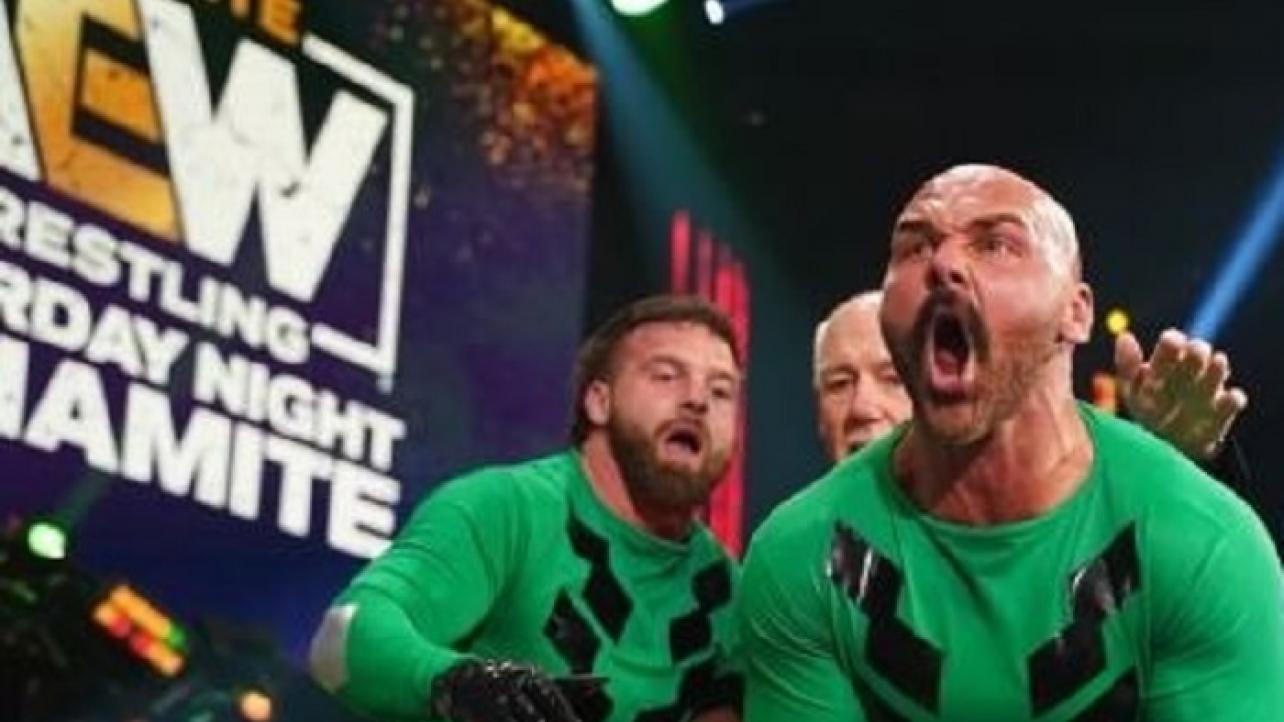 Although they are a unified duo as one of the top-ranked tag-teams in AEW, that doesn’t mean FTR isn’t as interested as everyone else on the roster about the inaugural Owen Hart Cup tournament.

During their recent appearance on the Elite POV podcast, Dax Harwood and Cash Wheeler gave their thoughts on the upcoming Owen Hart Cup tournament in AEW, which launches in 2022 and wraps up at the AEW Double Or Nothing 2022 pay-per-view in May.

Featured below are some of the highlights from the interview where FTR talks about being interested in working the first-ever Owen Hart Cup tournament, even if it means they have to work under a mask.

Cash Wheeler on the Owen Hart Cup: “Hopefully. Obviously, they’re playing everything close to the chest, so we have no idea, but I would love to be in the Owen in some way, shape or form. Singles, tag, handicap, just let us in. I’ll go in a mask, I don’t care.”

Dax Harwood on the Owen Hart Cup: “Please Tony, please. It’s cool to have the Owen thing and we’re huge Owen Hart fans and huge Hart family fans. It doesn’t matter how much praise gets put on him, no one will understand how important and how much love Tony Khan has for professional wrestling. We’re just lucky as wrestlers and should be lucky as fans to have him. I know as an employee, I’m lucky to have him because he cares about us.”