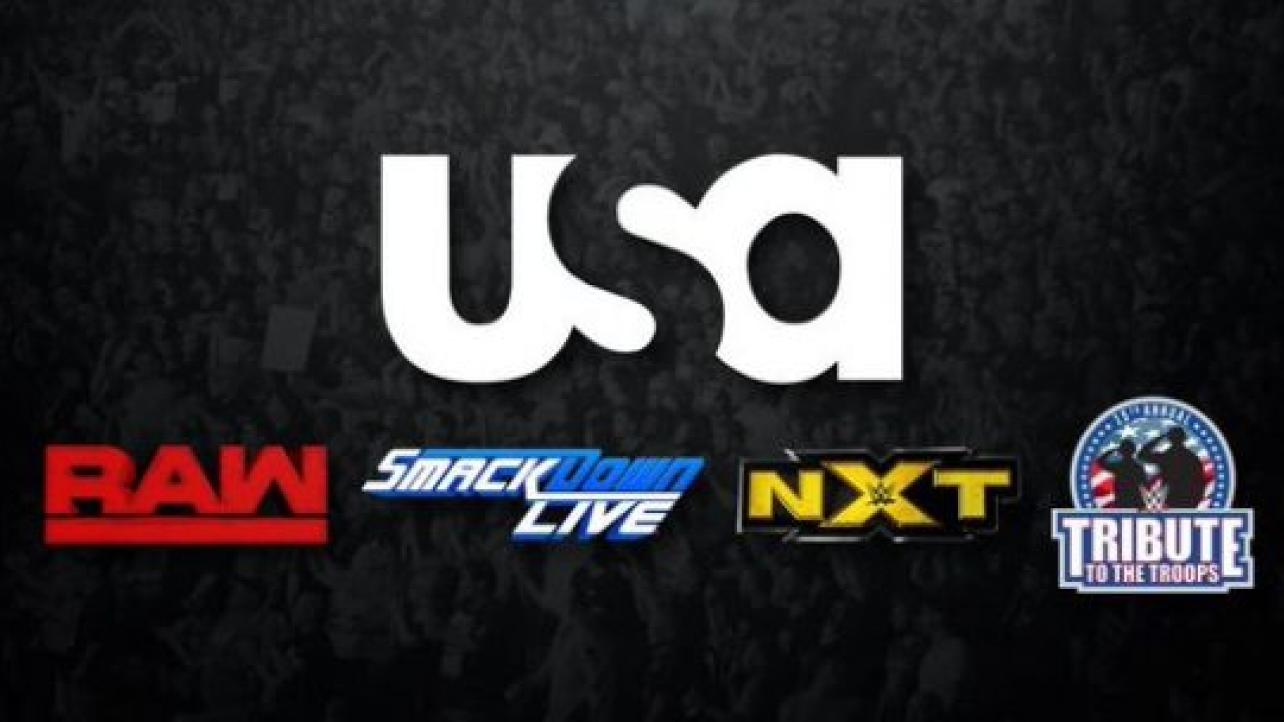 Full Details Regarding “WWE Week” Programming On The USA Network

As noted, the USA Network will be doing their annual “WWE Week” special next week, with RAW, SmackDown Live, Tribute To The Troops 2017, NXT and “Damnation” featuring Luke Harper airing on the cable channel.

Featured below is the complete press release that was sent out today with all of the details on the “WWE Week” programming.

Programming to Include WWE’S TRIBUTE TO THE TROOPS and, for the First Time on USA, NXT®

USA Network will continue its December holiday celebration with WWE® HOLIDAY WEEK, beginning Monday, December 11. In addition to the regularly scheduled MONDAY NIGHT RAW® and SMACKDOWN LIVE®, USA will also feature NXT® for the first time ever on its air, as well as the 15th annual WWE® TRIBUTE TO THE TROOPS celebration – a special honoring our servicemen and women and celebrating their dedication and commitment to our country.

* At 8/7c, WWE® and USA Network will celebrate our nation’s heroes with the two-hour TRIBUTE TO THE TROOPS celebration, taking place at the Naval Base San Diego.

* The week concludes with an airing of WWE® Legend Dwayne “The Rock” Johnson’s film “Journey 2: The Mysterious Island” at 6:30/5:30c. Johnson plays Hank Parsons, who partners with his stepson Sean (Josh Hutcherson) on a mission to find Sean’s grandfather (Michael Caine), who is thought to be missing on a mythical island.

Full Details Regarding “WWE Week” Programming On The USA Network