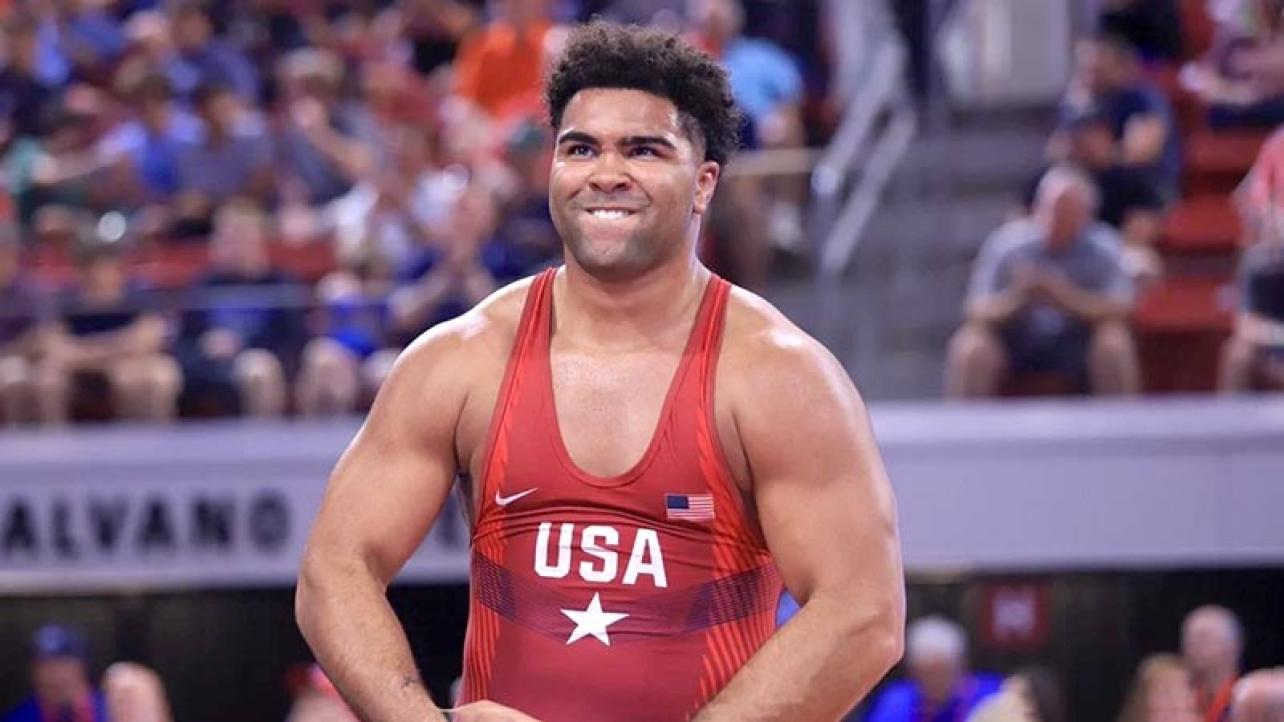 Gable Steveson Says WWE “Is In The Near Future”

During an interview with KARE 11 in Minneapolis, Gable Steveson discussed the time he met WWE Universal Champion Roman Reigns. Stevenson also spoke about joining WWE, which would have to happen after the Summer Olympics wrap up. Check out what Gable had to say.

On meeting Roman Reigns, and hoping to be in Reigns’ “spot”someday:

“[Meeting Roman Reigns was a] surreal feeling, to be honest. He’s one of the guys who I’d always wanted to meet besides The Rock. I met [Brock] Lesnar, Lesnar was one of the guys I always wanted to meet too. Roman Reigns, seeing a guy like that in person and seeing everything he’s done with WWE and in his life, too, it’s crazy. He lives differently, he breathes differently than a lot of people. He wants to be a winner, he wants to be a champion. Roman Reigns is the top of the top, and I know sooner or later, hopefully, my time [will come to] be in that spot, and he’ll hand the belt down respectfully. I’m ready.”

On joining WWE after the Olympic Games:

“That’s a hard question. It’s all in the air right now. There’s a lot of things going on. I want this Tokyo gold first, and we’ll go from there. WWE is in the near future. When? I’m not sure, but I’ll be there.”

Gable Steveson Says WWE “Is In The Near Future”