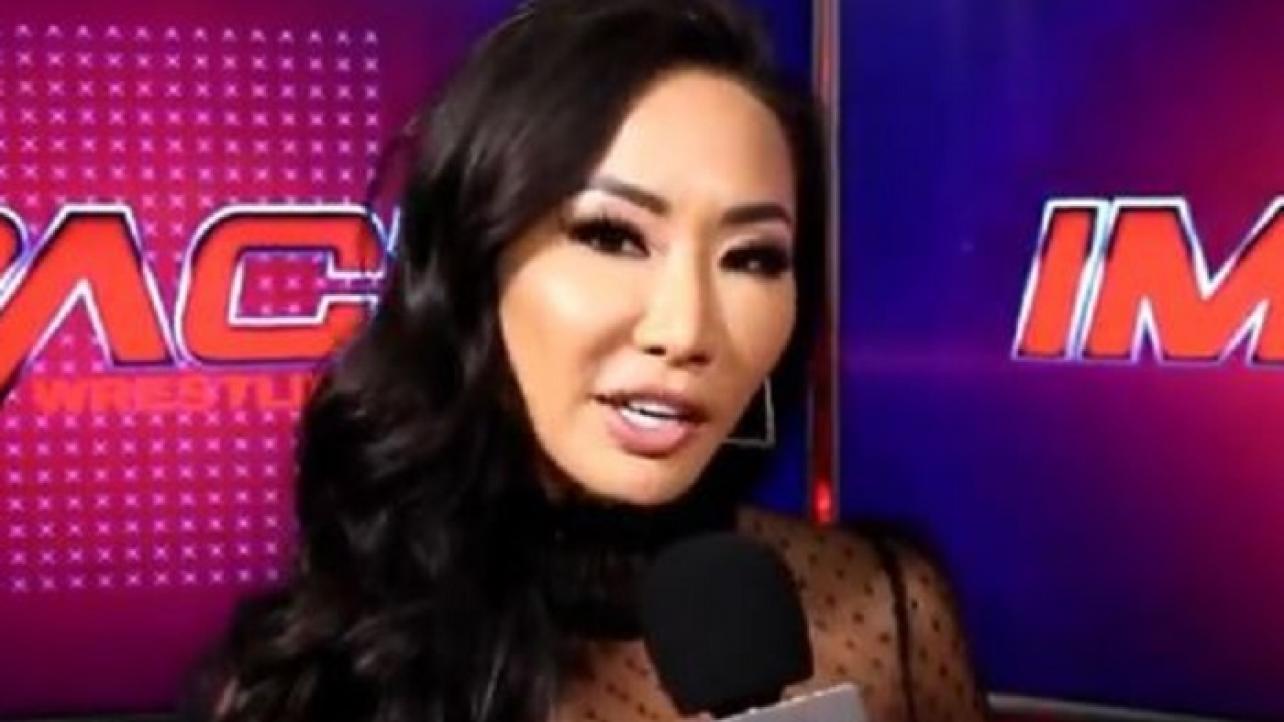 Gail Kim recently appeared as a guest on the Oral Sessions with Renee Paquette podcast for an in-depth interview covering all things pro wrestling.

During the appearance, the IMPACT Wrestling personality spoke about being interested in Ember Moon for IMPACT Wrestling, as well as comments on Mickie James and Maria Kanellis.

On wanting girls in the locker room in IMPACT Wrestling that are talented and passionate, with Ember Moon being someone she’s specifically interested in: “I just want girls who are talented and passionate and all those things, but it’s important to have a good locker room. It’s so important for the girls to support each other and work for the business of the match, for the company, and in the end, it benefits everyone. People like Taya [Valkyrie], Mia Yim, of course, was part of our family too. I would love for her to be able to show who she really is as her authentic self because she’s really talented. I’m curious about Ember Moon.”

On Mickie James and Maria Kanellis: “Now ROH has so many girls, I mean, I love Maria [Kanellis] just as a leader, as well, in terms of the women’s wrestling world, and because we have Mickie [James] in our locker room now and I just love that there’s different types of girls in there that the girls can look up to. Just be able to lean on or go to for advice because, listen, in all realistic situations, even though I’m a leader there, some girls might not feel comfortable to come to me for whatever reason it may be. Whether they see me as ‘too office,’ that’s why we need the Madison’s, the Mickie’s, the Maria’s, and the people who are in that locker room that they can turn to if they don’t feel comfortable with other people.”

Check out the complete interview at Apple.com. H/T to SEScoops.com for transcribing the above quotes.