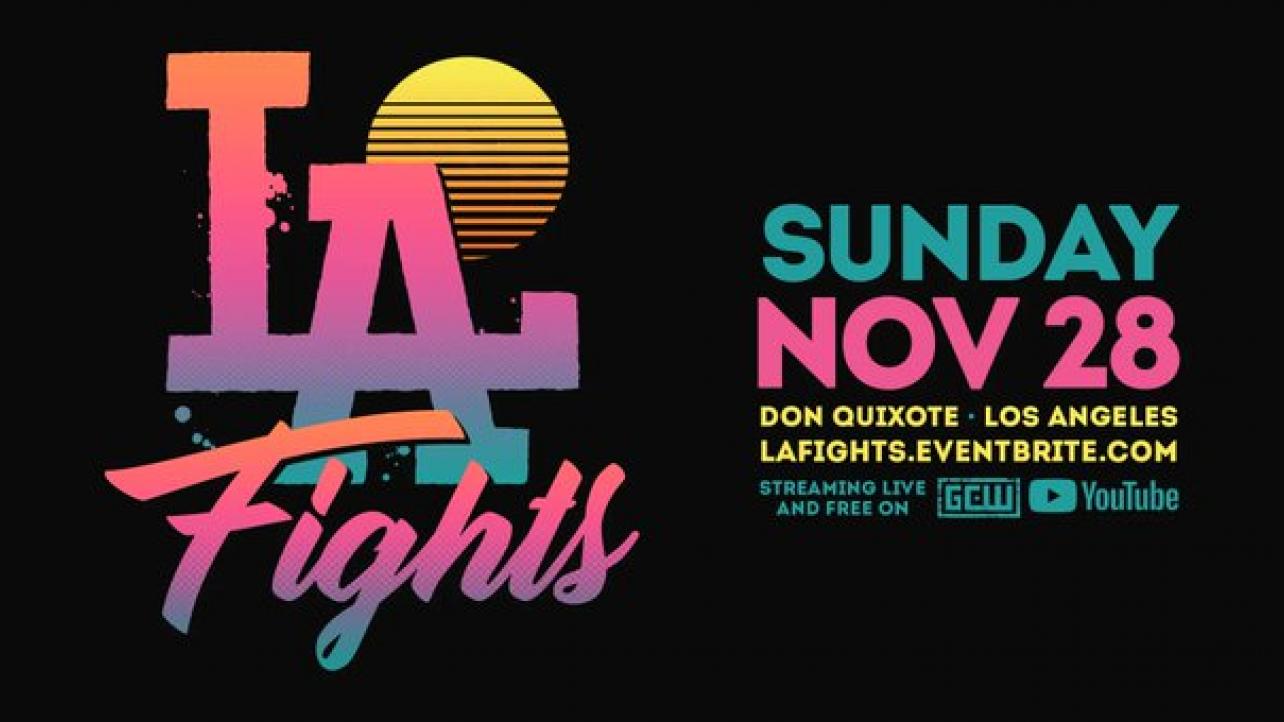 This week, GCW issued a press release to formally announce the launch of their LA Fights sister promotion.

Featured below is the complete announcement. For ticket information, visit EventBrite.com.

LOS ANGELES, OCTOBER 14, 2021 – Game Changer Wrestling is proud to announce the launch of “LA Fights”, a California based promotion intended to serve as a companion to GCW on the West Coast.

Similar to GCW’s Jersey Championship Wrestling brand on the East Coast, LA Fights will provide an additional showcase for both the West Coast’s rising stars and SoCal Legends to compete on the GCW Platform.

“Los Angeles has become a second home for GCW,” said Promoter Brett Lauderdale. “When we returned to LA in August, we were welcomed with open arms. It felt great to be back and it felt like there was an opportunity to do so much more.”

GCW has sold out all 3 of its events in Los Angeles since returning to LA after a pandemic hiatus, including their upcoming shows, Bloodsport on Oct 22nd and on October 23rd at the Ukrainian Cultural Center on Melrose.

LA Fights will launch on Sunday, November 28th at 3PM at Don Quixote on Olympic Blvd. The event will stream LIVE and FREE for everyone on the GCW Youtube Page.

“There is so much talent on the West Coast that is on the verge of a break through,” said Lauderdale. “I hope that we can help provide that platform, and expand our relationship with the fans of California at the same time. I’m excited to get started!”

Tickets are on Sale NOW:https://t.co/FyEuhVlaYh

This event will stream LIVE and FREE for EVERYONE on the GCW Youtube Page!