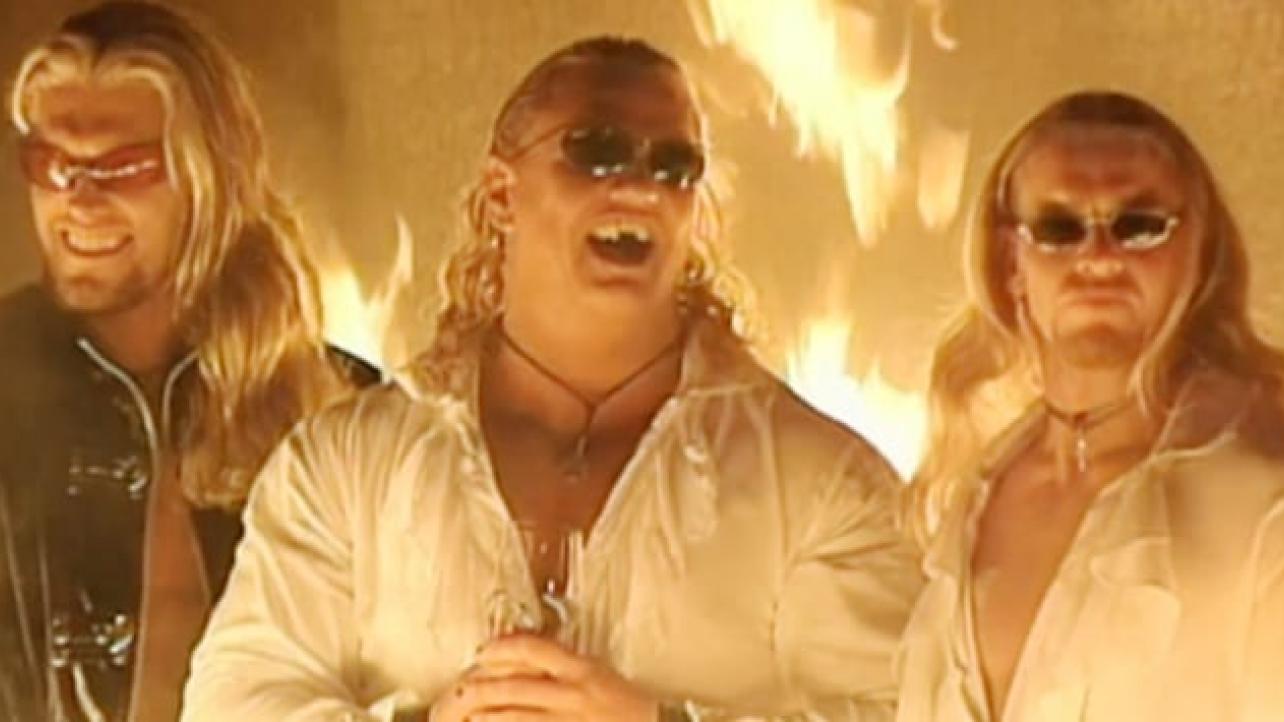 Gangrel Explains How Edge Cost Him Work In AEW

It looks like Edge inadvertently cost Gangrel some work.

The former Brood leader revealed on his FANGING ‘N’ BANGING podcast that he was scheduled to make an appearance for AEW that was ultimately nixed when “The Rated-R Superstar” used the old Brood entrance and elements during the build-up to his match at WWE SummerSlam.

Featured below are some of the highlights from the podcast where Gangrel talks about this topic.

On losing his AEW gig due to Edge: “I’m supposed to catch a flight today, right now. I’m supposed to be on a plane. It’s Tuesday, today is Tuesday. I was supposed to be on a plane to Milwaukee. So yesterday, as I’m running around tying up my last errands, I get a return phone call saying, ‘Oh man, we’re so sorry. We’re gonna go a different direction because of the WWE media stuff’ so, with all that being said, now I’m going to say that entrance, everything Edge did was f*cking awesome. It was great and the reason I wasn’t so excited about it is because I knew I was offered another great opportunity, the timing just sucked. The timing sucked. AEW contacted me and they wanted me to come in and do Dynamite tomorrow, Wednesday night Dynamite and they were putting the entrance together, they were going to do the fire, they were doing the pyro stuff, they were putting the music together. They were getting it all together so the same time that I was trending and really happy for Edge inside, I was no selling it because I was super worried going, ‘Oh no. Please don’t let this ruin things. Please don’t’ and it just kept blowing up and getting bigger and bigger and bigger on the Twitter thing. I’m like, ‘Oh man’ so then I call a couple other people I know. I made a couple phone calls, they go, ‘I wouldn’t worry about it. Your thing is different’ but then when SummerSlam hit, I knew that was like the final nail in the coffin and it was so cool because I was like, ‘Wow.’ I never thought Gangrel, which was my entrance originally and then it became The Brood’s entrance, would look like in 2021. It looked flipping awesome, it was cool, it’s cold, everything. He came up, came down and it hit his music. It was just tremendously done.”

On talking with Edge about it: “When I got the phone call that they were gonna go a different direction, it’s not their [AEW] fault man, it’s just timing and I was so grateful and so happy to be a part of that and they even thought about, you know, Tony Khan and everybody — I think it was Tony’s idea to bring me in and do all that. I believe it was. I was so grateful and so happy but I knew deep down inside, I know how things go. It was just like that timing so I was thinking like, ‘Alright, it’s time for me to call Edge,’ Adam. So yesterday, after that happened, I called him and he goes, ‘Hey man, did you see it? Did you see it? I was getting ready to call you.’ I go, ‘I saw man’ and he goes, ‘Man, I was so happy and honored to pay tribute and you worked so hard and The Brood was a cool time in my life and everything.’ He goes, ‘I hope this helps ya get more money on some bookings, you can move some merch,’ this and that and I let him go, he was so happy. I didn’t know what to say and then I go, ‘Yeah, you kind of cost me some work too.’ He goes, ‘What do you mean buddy?’ And I go, ‘Well, that little other company over there, AEW, we were getting ready to — they were getting ready to do a thing.’ Whether it was a one-off or two-off or whatever it was, I was gonna be able to do my entrance again. I was gonna get to go through the fire and not Edge paying tribute, but me. But I didn’t tell him that. I held that in. I didn’t act like — I didn’t sell that. I just like — and he goes — and he got so quiet. Like it felt like an eternity. I was like, ‘Hey, you still there?’ He goes, ‘Man, I’m so sorry.’ He goes, ‘If you would’ve told me –’ I go, ‘I didn’t know man. I just got booked and they just were gonna do it.’ He goes, ‘I’m so, so sorry’ and I could hear it. Felt like he was gonna cry and I was like, ‘No, it’s okay man. It’s good. I work every weekend, I’m doing things.’ I didn’t tell him how stoked and pumped I was that they were gonna give me a chance to do my entrance, but he felt like so, so bad.”

“He told me he had been working on it for like two-and-a-half months. He said, ‘You don’t know how hard it was to get the bloodbath thing in there’ because of the PG situation. He wanted the red blood and it really came down to like, if it’s not black, it’s not happening. They weren’t gonna do it so he went with the black but I believe he fought for like — he said almost two-and-a-half, three months he was trying to put this together so it wasn’t like an idea over night for him. He planted a seed, it was with Seth Rollins, they were going back seven years. Seven years in the making so it was a big deal to him. He wanted to pay homage to The Brood, and I believe that. I truly, truly believe that because he’s such a — I don’t know how many times I’ve said on here what an amazing human being he is and stuff.”

Check out more from the FANGING ‘N’ BANGING podcast at YouTube.com. H/T to POST Wrestling for transcribing the above quotes.

Gangrel Explains How Edge Cost Him Work In AEW