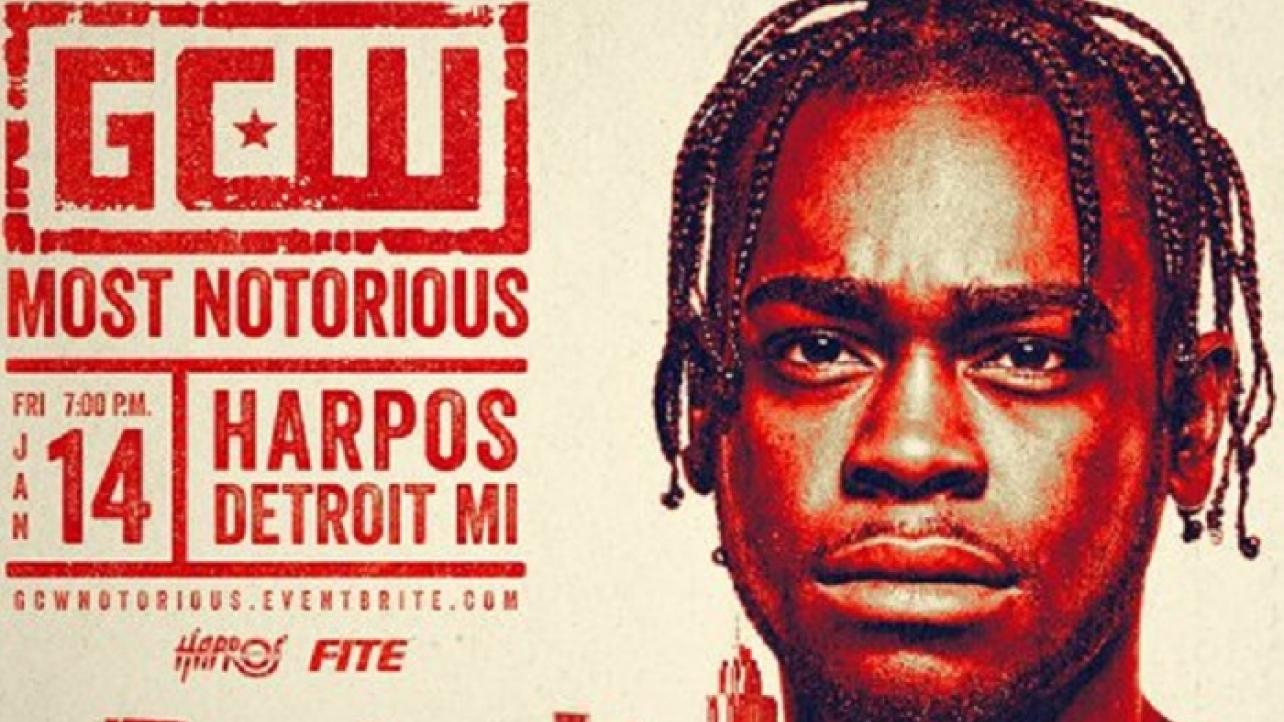 GCW Announces Leon Ruff For “Most Notorious” Event On January 14

Leon Ruff will be working the GCW Most Notorious event next month.

At the GCW show on Sunday, the promotion announced that the former NXT North American Champion will be appearing at their Most Notorious event scheduled for January 14, 2022 in Detroit, Michigan.

Ruff joins previously announced legends and familiar faces such as Kevin Nash, Sabu, Rhino, Alex Shelley, Jimmy Jacobs and Dark Sheik, who will be appearing at the show, which airs exclusively on FITE TV on 1/14.

Check out the official announcement regarding Leon Ruff working the GCW Most Notorious show via the tweet embedded below courtesy of the official Twitter feed of the promotion.

LEON RUFF comes HOME and returns to GCW on Friday, Jan 14 in DETROIT!

GCW Announces Leon Ruff For “Most Notorious” Event On January 14