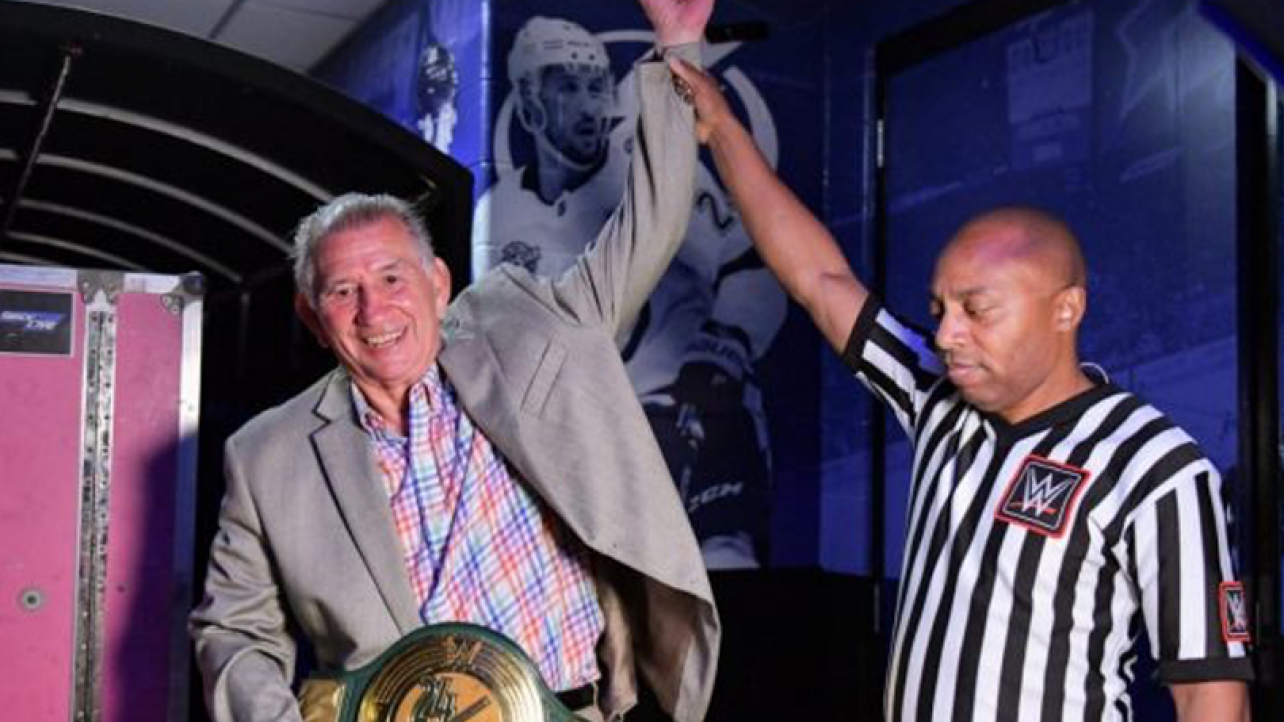 Earlier this week, WWE Hall of Famer Gerald Brisco spoke to The Wrestling Inc. Daily, and discussed his era of professional wrestling. Brisco also explained why he believes WWE is losing older fans, and more. Check out his comments.

On how hard it can be for a tag team to build chemistry:

“It is really hard for a tag team to find [chemistry]. I think that’s the trouble with, and I’m not going to go into today’s product, but they’re just put together so quickly and if they don’t click and blend within the first month or two, it’s broken up. These kids don’t have time to develop that chemistry and develop a great tag team. Jack Brisco and I were lucky we were blood brothers. We were real brothers. So, we had that bloodline and that mindset, we both had that amateur [wrestling] background. We had the exact same coaches from middle school, all the way through high school, and all the way through college… so it was easy to kind of read the mind… [and] we were great at reading body language. When you have a partner like that, where you can just look at and look at his body positioning, you know? Even with the Funks we had such great chemistry because we knew where they were, except Terry Funk was kind of crazy and we could never really figure him out. But we kind of knew what direction the match was going and where to go just simply by body positioning.”

On todays professional wrestling being overexposed:

“In 1983 when cable TV first came out, [about 40 years ago], I was hearing this exact same thing. ‘Cable TV is going to ruin the wrestling business’ or ‘Cable TV is going to ruin wrestling.’ And all it did was get bigger and bigger. I heard the saying that it’s overexposed. If you watched cable TV you could get wrestling [almost] every night of the week, and you could, just about. But that was a promoter’s biggest fear was cable TV when cable TV first started coming out. And we proved them all right when we sold to Vince, but that’s another story. It’s a TV industry. We had to pay for our TV when we were at Florida Championship Wrestling. We paid for our TV, we bartered. We gave them half the commercial time and we took half of the commercial time. Their half of commercial time they’d sell, of course, to sponsors. And our part went to promote our local shows. That was the barter agreement we had. But there was a price to pay to be on TV in Vero Beach, Florida, there was a price to pay to be on TV in Tampa, Florida.”

On when the territories began to struggle against WWF:

“In places that were established like Florida and the Carolinas it really didn’t hurt that much because they had such great talent and such a great promotion going on. But your borderlines your Kansas Cities, your Tennessee, some of the western states that didn’t have solid promotions [were more at risk]. The territories that were solid in the beginning, they were okay. And they had the NWA Alliance, so they could send some of their talent out and be on cable TV out in Atlanta, and get their guys over like national stars. So as long as it was being a cooperative type of deal, it wasn’t hurting anybody. But the established territories, for the first few years, cable didn’t bother them. When Vince and everybody started wanting to go nationally, that was when [territories] started [being at-risk]. There was probably a ten-year timeframe from when cable hit till the demise [of territories] came.”

On why WWE is losing fans:

“Those are your fans that I think we’re losing a lot of because of the sound bite matches we’re having and the quickness of them. When we were [wrestling] we had time to tell people a story and draw them emotionally into a match. And very few of those guys have that opportunity now. And that’s a shame for them to lose that skill. We had [fans] emotionally involved with us because [they] knew we were going to go out and kick ass. [They] knew they were going to see a wrestling match when [they] saw the Brisco brothers. Nowadays, you know you’re going to be entertained when you see John Cena, but you don’t get that same feeling as [older fans] did when [they] knew they were going to see some ass kicking. Well John Cena, he’s going to make me laugh and we’re going to have a great time. And I love John Cena, I think John Cena is a great performer, and I think John Cena would’ve gotten over back in my day bigger than hell too, because he’s an athlete and he can go. But it’s not that same emotion, it’s not that same, what we call, ‘heat.’ There’s a different type of heat. We had heat and they’ve got interest now.”