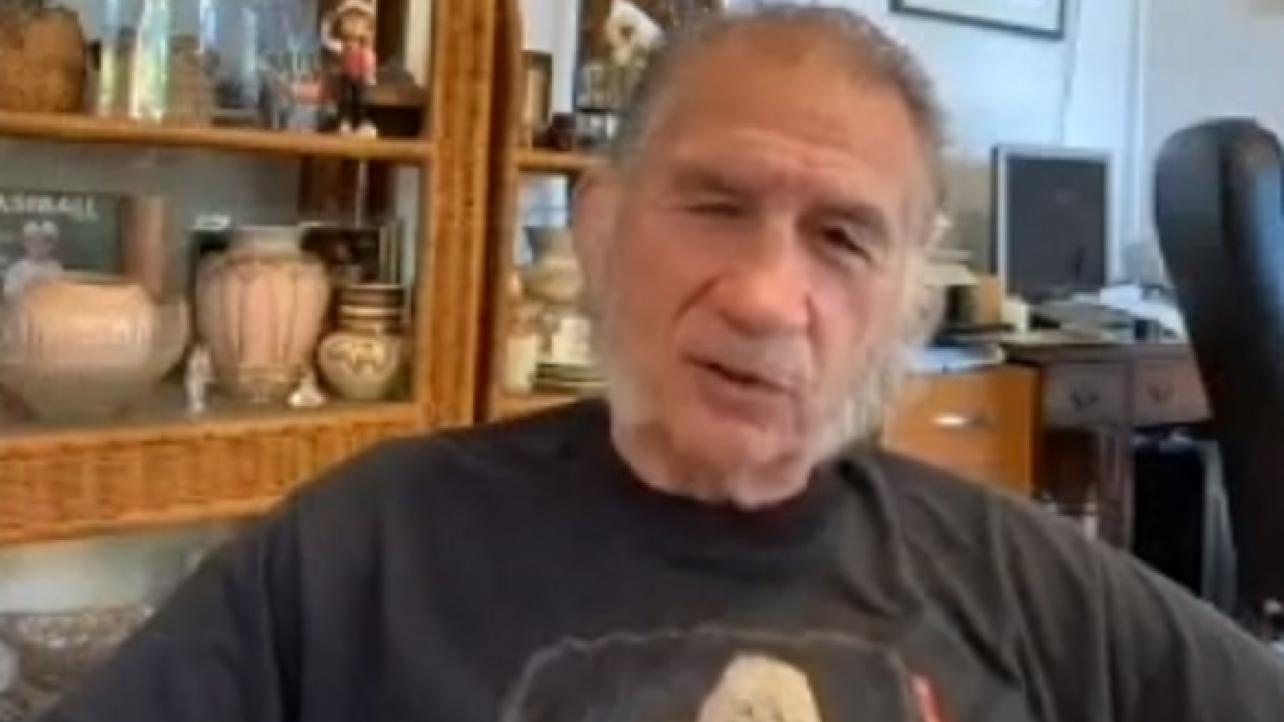 As noted, Gerald Brisco recently appeared as a guest on the Something To Wrestle podcast for an in-depth interview with fellow longtime behind-the-scenes WWE producer/agent Bruce Prichard.

In addition to the highlights we recently published from the appearance, the former longtime talent scout for WWE and right-hand man to Vince McMahon spoke extensively about a conversation he had with referee Earl Hebner prior to the infamous “Montreal Screwjob” match between Bret Hart and Shawn Michaels from the WWE Survivor Series 1997 pay-per-view.

“As the match was getting ready to go to the ring, Earl was getting ready to get in there. I grabbed Earl by the arm and I took him just a few steps from the Gorilla position where Bruce (Prichard) was sitting, and Davey Boy and Owen, so I couldn’t talk to him right in front of them because they would alert Bret somehow that Brisco was talking to the referee and to be aware of something. So I took Earl back in a little corner and Earl did not want to do it. Earl was not going to do it. I just started laying it out in black and white to him. I said, ‘Earl, you have a mortgage on your house, right? If Bret takes his title down there (WCW), and like I said, we’re not in the greatest shape financially, we being WWF, is he going to pay your mortgage? Is he going to pay your electric bill? Is he going to feed your family when he takes off and he’s down there making billions of dollars? What’s going to happen to you if you refuse to do this and I have to replace you?’ I went to Timmy White and asked Timmy to stand by. I told Timmy, ‘We might have a ref bump so I might need you to stand by.’ That’s how I covered it with Timmy to be on standby to referee the match just in case something happened. Timmy of course being a company man said, ‘Yea, I’ll be glad to.’ He said, ‘I hope nothing happens.’ I said, ‘Well I do too, but I might need you as a standby.’

“So Timmy was sitting over by Gorilla [position]. Finally, I got down to brass tacks with Earl. I said, ‘Ok Earl. You have to go to the ring. You have to tell me right now. I’ve got Timmy White over there that will take your place. You know if you refuse to do it and you walk out, you’re probably finished here. Now is Bret going to take you to WCW and get you a job down there? I doubt it if he’ll take you down there. You’re going to be out of the business as far as making major money with a major organization.’ He looked at me and said, ‘Brisco, I wouldn’t do it for any other guy but you.’ He said, ‘It’s against my judgment.’ I said, ‘It’s against my judgment too, but it’s the only choice that we have at this time. So are you going to do it or not?’ He said, ‘I’ll do it.’ I said, ‘As soon as you do that 1,2,3, I want you to grab the belt, hand it to Shawn, and just get the hell out of there. Get out of that arena as quickly and as fast as you possibly can.’”