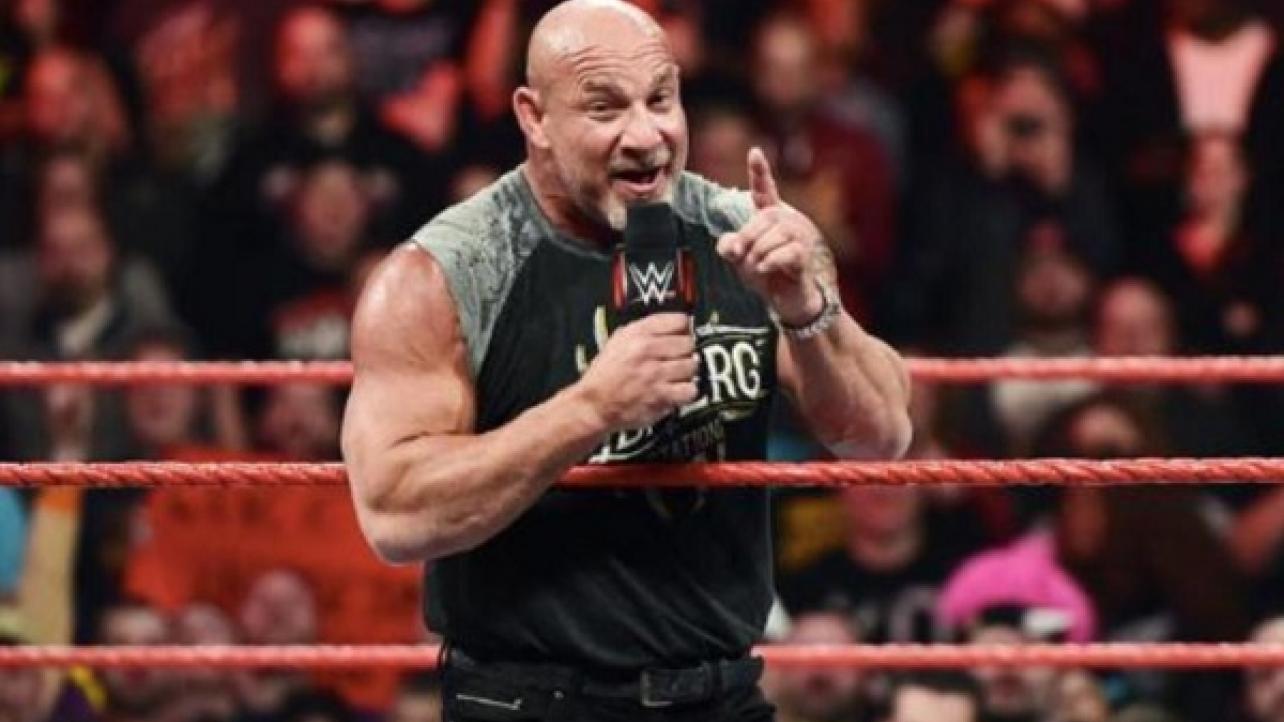 Bill Goldberg is making headlines today after confirming plans to re-enter the squared circle for another match in WWE in the future during a recent Sports Illustrated interview.

The WWE Hall Of Famer spoke with SI to promote his appearance on ABC’s Schooled and spoke about his recent matches against Dolph Ziggler and The Undertaker, and how fans have yet to see his “farewell performance.”

On his WWE SummerSlam match against Dolph Ziggler: “I am greatly appreciative of what he did for me, and for his professionalism. I can’t say thank you enough.”

On bouncing back from his match against The Undertaker: “I’m never happy with any of my performances, and I’d lost my mojo, I felt like. But the reality is, the older you get, the more you’re going to lose your mojo because you can’t do it like you used to.”

On whether he plans on making another in-ring return: “It’s by no means my farewell performance, nor was it my best performance, but you have to be realistic and take all things into consideration. It’s a very good possibility I’ll be back, but you don’t know it until it’s done.”

On maintaining his physique at his age: “That gets lost in the shuffle, but it’s actually the biggest factor. I don’t know of a power wrestler that’s been able to come back after a 12-year hiatus and still be that guy. I had a really tough time keeping weight on when I was that guy, so now it’s exponentially harder. So I just need to reinvent myself. Instead of being 280 pounds with veins on my traps, I can be 260 with veins on my traps. I just moved to Texas, and the first pod that I loaded up was my neck machine, my upright rowing machine, and dumbbells from 60 to 120. Staying in shape and being that role model for my son is my priority. That’s a struggle, and it’s not just physical. It’s also mental. The physique, that was part of the package. If you take away parts of the package, then it isn’t as favorable as it was in the past. But I’m the man of reinvention, and anybody that says I can’t do something can kiss my ass.”

Check out the complete Bill Goldberg interview at SI.com.

It looks like ‘Da Man is not done yet with the #wrestling game, as #BillGoldberg (@Goldberg) confirms plans for another #WWE match in new @SInow interview.#Goldberg says most recent match was “… By No Means My Farewell Performance …”